What makes a man cheat? A college education and working in a bar

Men are more likely to cheat if they are college educated or work in a bar, a new study has found.

Bartending also makes women more likely to cheat – but if they went to college, they’re less likely to.

That is according to a new study by researchers in Sweden, who surveyed hundreds of thousands of couples for more than 20 years.

Headhunting was the other profession most commonly associated with affairs.

Researchers believe the restaurant business – and headhunting – inspires more affairs because employees spend more time with their colleagues of the opposite sex.

When it came to education, though, they were stumped: they couldn’t find any reason why it affected men and women differently.

For those seeking a safe bet, try farmers, librarians and chemists, who were deemed the least likely to stray – although former Bachelor star Chris Soules, known as ‘Prince Farming’ on his season, was hounded by cheating rumors after his season finale.

Men are more likely to cheat if they are college educated or work in a bar, a new study has found (file image)

The team, from Stockholm University in Sweden, says this analysis is the first of its kind in proving that both sexes are more likely to cheat if they work in offices with more of the opposite sex – but is ‘especially true’ for men.

The study followed millions of Danish couples between ages 20 and 44 who had married between 1981 and 2002.

All had married a partner of the opposite sex and were actively working for at least one year.

During the 21-year period, the researchers identified that more than 215,000 couples had gotten divorced.

Results showed that men were almost twice as prone to a broken marriage as women due to a gender imbalance in their jobs. 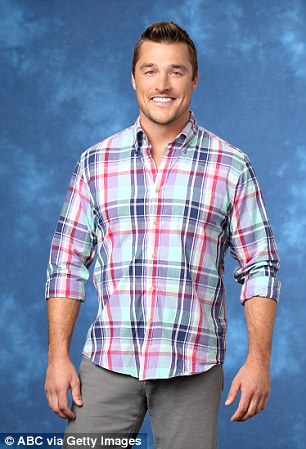 Farmers, librarians and chemists were deemed least likely to stray – although former Bachelor star Chris Soules (pictured), known as ‘Prince Farming’ on his season, was hounded by cheating rumors after his season finale

A 2013 study from Occidental College in California found that more opposite-sex partners in the work sector were associated with higher risk of infidelity among men, but not among women.

Dr Caroline Uggla, lead author and a postdoctoral researcher in the demography unit at Stockholm University, told Daily Mail Online that there could be several factors at play.

‘It could be cultural factors, that getting a divorce or swapping partners is more acceptable for men, or it could be that men are more likely to act on the opportunity of being surrounded by many women, than vice versa,’ she said.

In fact, college-educated men were the most likely to cheat with a colleague and leave their wives.

The reverse, however, was not true for women with university degrees.

‘That surprised me because you might think that education would affect men and women in the same way,’ Dr Uggla said.

According to a 2012 report from the Centers for Disease Control and Prevention, women with a bachelor’s degree had a 78 percent chance of their marriage lasting at least 20 years.

This was in comparison with a 41 percent chance for women with only a high school diploma.

Researchers also found that age played a role when it came to divorce risk.

Both men and women were most likely to carry on affairs with co-workers between the ages of 23 and 29.

PROFESSIONS MOST LIKELY TO CHEAT…

…AND THOSE LESS LIKELY TO CHEAT

Dr Uggla blamed it on the fact the men were being presented with ‘more potential mates’.

‘When partners are abundant, opportunities for mate switching may increase and relationship stability decrease,’ she said.

‘This holds for both men and women, but associations are somewhat stronger for men and vary by education.’

Of 353 occupations that the team tracked, 267 are made up of mostly one gender.

For instance, men make up 92 percent of the construction industry.

Similarly, just 15.5 percent of those employed in STEM (science, technology, engineering and mathematics) fields are female.