The release of three prisoners including British woman Nazanin Zaghari-Ratcliffe from custody in Iran could bring hope to the families of three American men still behind bars in the country’s hellhole Evin Prison.

British-Iranian mother Nazanin Zaghari-Ratcliffe’s left Iran and arrived in Oman on Wednesday, before getting on a plane to the UK where she will be reunited with her family.

Another detained British-Iranian, Anoosheh Ashouri was released and Morad Tahbaz, an Iranian-British-American who also holds British nationality, was released on ‘furlough’ Wednesday, the British government confirmed. 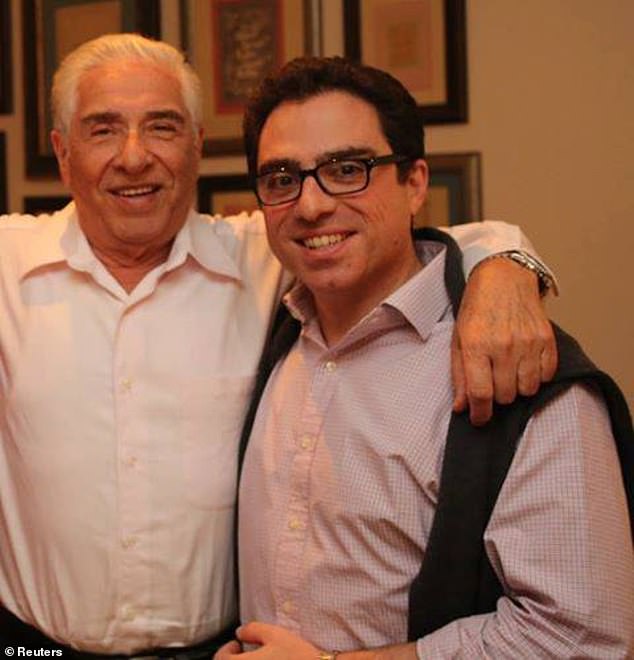 Iranian-American consultant Siamak Namazi is pictured with his father Baquer Namazi (pictured left) in this undated family handout picture. Baquer was arrested while visiting his son in 2016 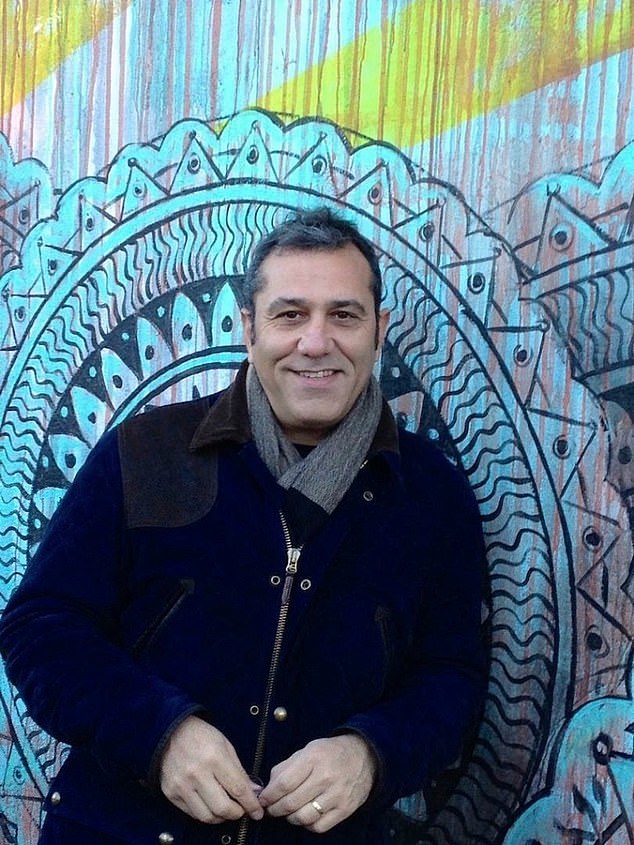 The fate of the three Americans three citizens is being negotiated separately from the Biden administration’s attempt to revive former President Barack Obama’s Iran nuclear deal.

‘We are negotiating on the release of the detainees separately from the [the Iran deal],’ a senior State Department official said in a briefing with reporters in February.

‘But as we’ve said, it is very hard for us to imagine a return to the [deal] while four innocent Americans are behind bars or are detained in Iran,’ added the official, who spoke on the condition of anonymity under State Department rules.

All of them are detained in Iran’s infamous Evin Prison which has faced accusations of psychological and physical torture in the past, with one prisoner jailed there in 2015 saying he was beaten for ’16 hours a day.’

Farzad Madadzadeh told DailyMail.com he would be beaten for up to 16 hours a day in an Iranian prison.

He was electrocuted and punched by three guards who threw him around like a ‘football’, before returning him to a tiny solitary confinement cell.

Each night for five years he would fall asleep wondering if death would come for him in the morning, or whether yet another day of torture and questioning was in store. 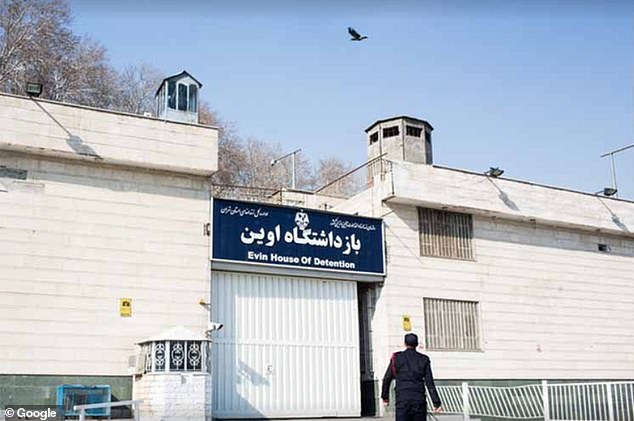 Iran’s infamous Evin Prison. One detainee once told DailyMail.com he would be beaten for up to 16 hours a day at the prison 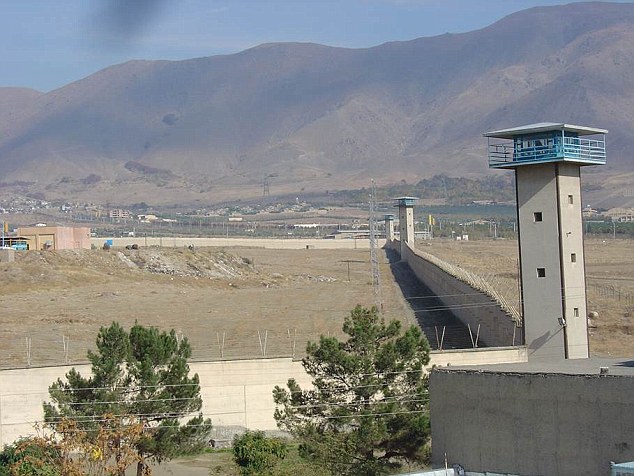 Farzan’s interrogation continued for three or four months in Evin prison (pictured), although he cannot be sure of exactly how much time passed

‘You are subjected to all kinds of torture – psychological and physical,’ he said. ‘Constant interrogation, constant beating around the clock.

‘Any moment you wait for something to happen – a new torture session or a death sentence.

‘You are totally isolated from the rest of the world. The only voice you hear is the voice of death.’

He claims guards would bring drugs including heroin into the prison to encourage addiction, making it easier for interrogators to ‘crack’ prisoners suffering from withdrawal symptoms.

Madadzadeh was arrested in February 2009 and sentenced to five years in prison for supporting the People’s Mojahedin Organisation of Iran.

The remaining Americans detained all have family members who have alleged improper treatment.

Namazi, 50, an Iranian-American businessman, was arrested while visiting relatives in Iran in 2015.

An Iranian court sentenced Namazi – who was living in Dubai at the time – to 10 years in prison for what they deemed was ‘collaborating with a hostile foreign government’.

Namazi’s family claim that his health has gotten worse after solitary confinement at that prison.

The UN has ruled that Namazi wasn’t given a fair trial.

Namazi became an American citizen in 1993 after moving to the US following the Islamic Revolution in 1979.

He returned to Iran after graduating for compulsory military service. He was the head of strategic planning at oil and gas company Crescent Petroleum when he was arrested.

There may be hope for Namazi’s release, as he was given a new cell in May 2021 at the same time as Tahbaz. However, the Iranian foreign ministry denied those reports at the time.

‘2,347 days since our beloved Siamak was unlawfully and unjustly taken hostage by the #IRGC in #Iran. He has committed no crime! This injustice must end – he should be freed and return home to his loved ones. #FreeTheNamazis #FreeIranHostages #EndHostageDiplomacy,’ they wrote.

Siamak Namazi’s father Baquer, 85, was arrested when he visited his son in the same Evin Prison in 2016.

He too was sentenced to 10 years in prison for allegedly collaborating with a hostile government.

Baquer, who suffers from multiple health issues including a heart condition, was furloughed for medical reasons in 2018.

He had his sentence commuted in 2020, but Iran has denied him a chance to renew his passport or leave Iran.

In October of that year, Baquer was allowed to undergo heart surgery.

Baquer, with his son and the rest of their family, left during the 1979 revolution after serving as a governor under the Shah.

He later became a senior official with UNICEF and worked in relief and development to support aid and community empowering projects in Iran. 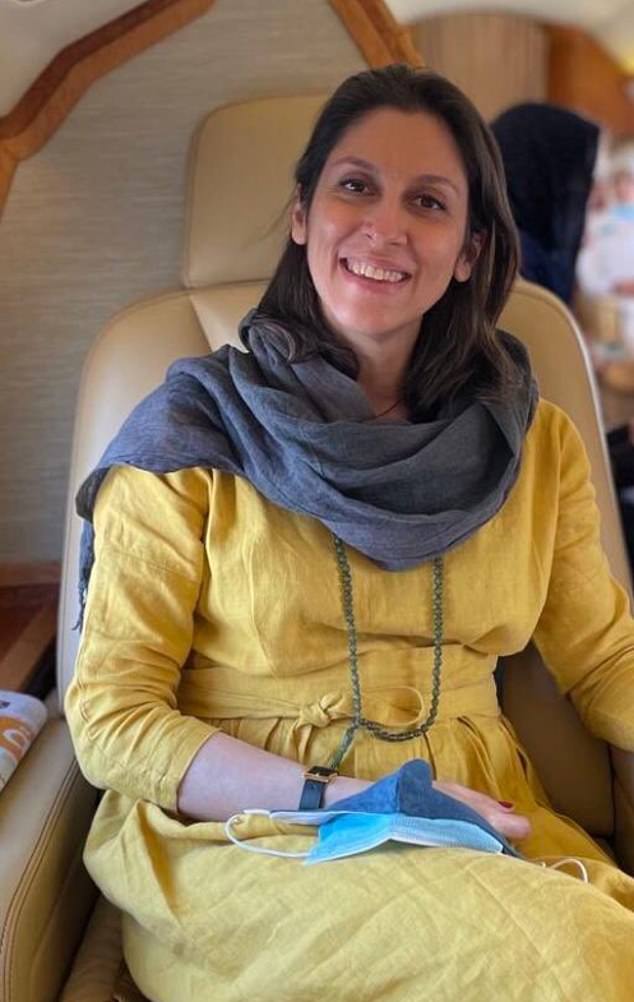 British-Iranian mother Nazanin Zaghari-Ratcliffe’s left Iran and arrived in Oman on Wednesday, before getting on a plane to the UK where she will be reunited with her family 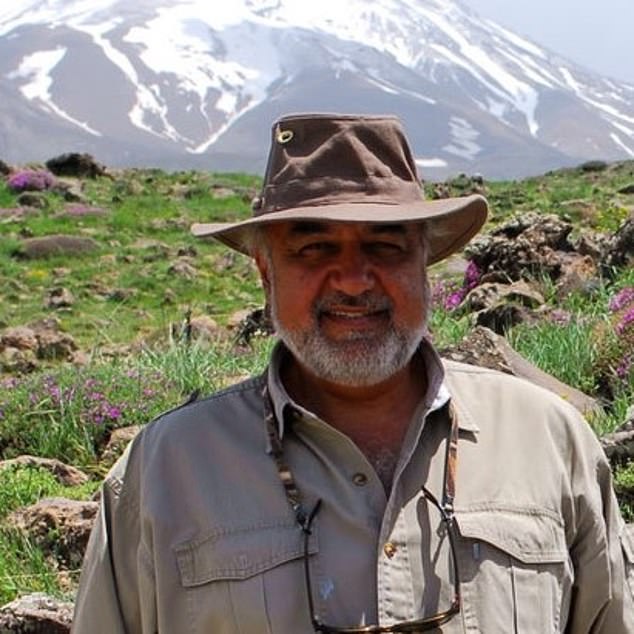 Shargi, 56, was originally detained in Iran in 2018, a year after he’d moved there from the US with his wife.

He was held for months but later released and cleared of what an Iranian court said were espionage and national security charges.

However, in late 2020, Shargi – a dual Iranian-American citizen – was informed by the court that he’d been sentenced to 10 years for spying.

Media in Iran said that he was detained at a checkpoint near the border between Iran and Iraq trying to escape.

Shargi is, like the Namazis, being held in the infamous Evin Prison. His wife, Bahareh, said that he has been given infrequent phone calls home. 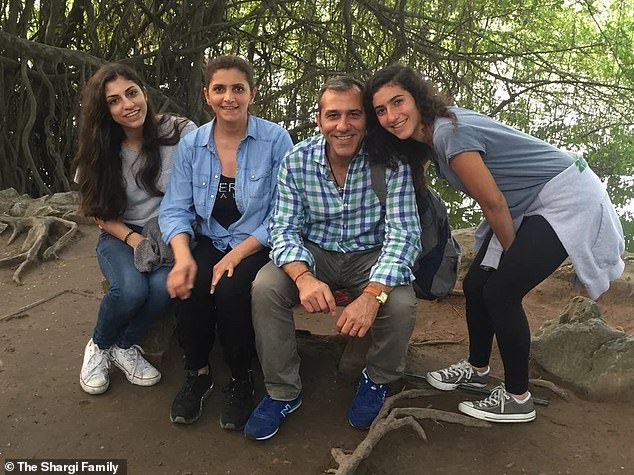 The Shargi family in 2015, with Emad (pictured second from right) with wife Bahareh and daughters Hannah and Ariana

He is a graduate of the University of Maryland and George Washington University after moving to the US as a child.

Shargi and his wife had decided to move back after their daughters were settled at college and he was working at a venture capital firm at the time of his detention.

His wife also claims that Shargi has health problems and runs a risk of contracting Covid.

Bahareh Shargi spoke on behalf of her husband and the Namazis in an interview with CBS last April.

‘They’re all innocent,’ she said. ‘They have committed no crimes. And the only reason that they were taken is because they’re American citizens – to be used as leverage.’

Who are the three prisoners released in Iran today? 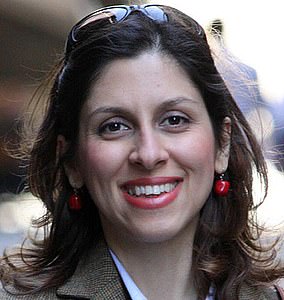 Nazanin Zaghari-Ratcliffe is a British-Iranian dual national who was detained in Iran for nearly six years, serving five years in prison.

The mother-of-one was detained by the Iranian Revolutionary Guard at Imam Khomeini airport in April 2016 after a holiday visit to Iran where she showed her daughter Gabriella to her parents.

She was later convicted of plotting the overthrow of Iran’s government, a charge that she, her supporters and rights groups deny. Zaghari-Ratcliffe had been held under house arrest and unable to leave the country since her release from prison in March 2020. 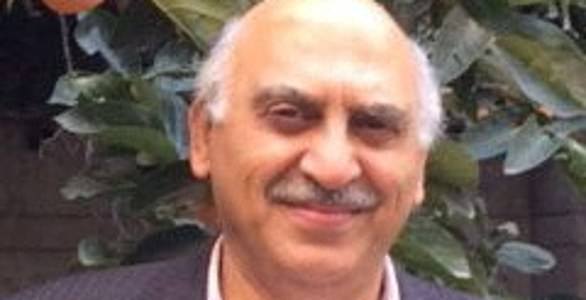 Another British-Iranian dual national, Anoosheh Ashoori, was detained in Tehran in August 2017.

The retired engineer from South East London had been sentenced to ten years in prison for alleged ties to the Israeli Mossad intelligence agency, something long denied by his supporters and family.

In January, he began a hunger strike at Evin Prison. 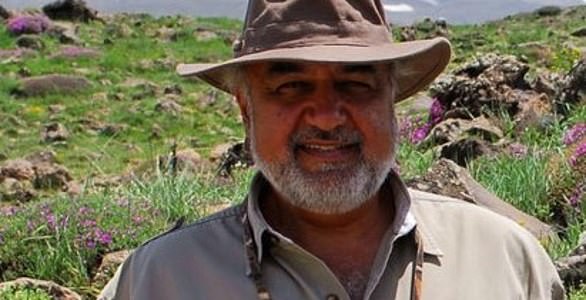 Morad Tahbaz, an Iranian-American who also holds British nationality, was arrested alongside other environmentalists in January 2018.

He was sentenced to 10 years in jail for ‘conspiring with America’.

The UK Government confirmed today that Tahbaz had been released from prison on furlough.