What Phuket, Thailand, looks like now after Covid-19 closed borders

Devastating footage shows derelict shopping malls and empty beaches at one of Thailand’s most iconic tourism destinations, as the nation’s economy is ravaged by the pandemic.

Thailand banned virtually all tourists from entering the country in April 2020 to curb the spread of Covid, but the impact had a catastrophic impact on the tourist-driven economy.

Australian YouTuber Matty V lives in Thailand and uses his channel MattyV Phuket to show viewers the sad state of the once bustling holiday spot.

In a video uploaded in late February, the expat filmed the deserted Jungceylon Shopping Centre – the largest shopping centre in Phuket, in the country’s south.

Pictured: Jungceylon shopping mall in Patong in 2019, teeming with busy shoppers and tourists

‘This place gives me the creeps,’ he said.

The mall boasts hundreds of shops, a cinema, spas, beauty salons, a bowling alleys and trampoline park to cater to the needs of about 500,000 people.

But in the footage shot three weeks ago, Matty V scarcely saw three people while walking around the mega mall.

Eerily dark, silent and almost completely void of foot traffic at about 1pm, most stores were closed with the lights out. 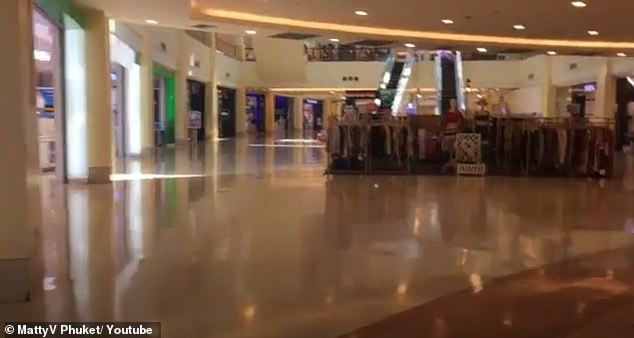 Pictured: Jungceylon shopping mall in Patong in 2021. The centre is eerily quiet and deserted 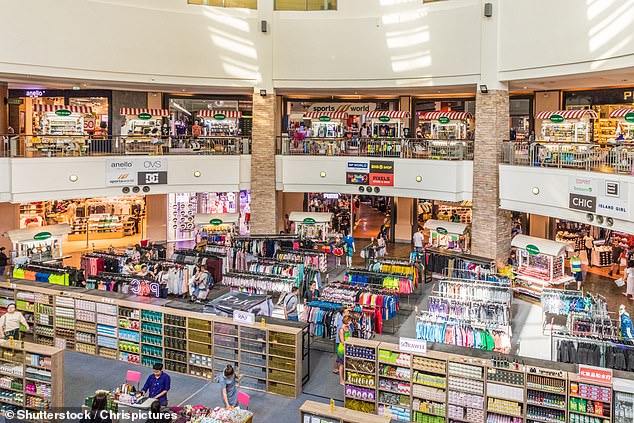 Pictured: The ground floor of Jungceylon shopping mall in Patong. It is the largest mall on the island

Escalators still operated to carry patrons from one empty floor to another.

Thailand has had a total of 26,540 cases and 85 deaths since the start of the pandemic in a population of almost 70 million.

There were 39 new cases reported overnight on Wednesday, which is a significant improvement on previous statistics which saw 745 new cases on January 7. 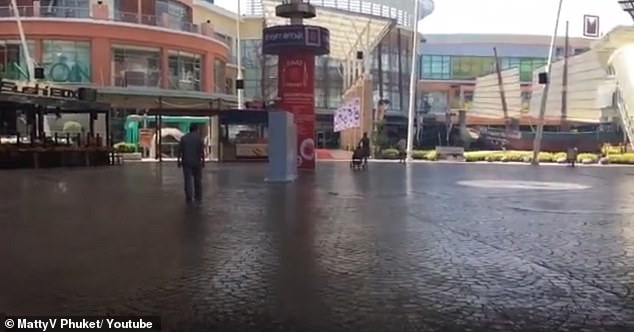 Escalators still operated to carry patrons from one empty floor to another at the shopping centre, despite no customers (pictured in 2021) 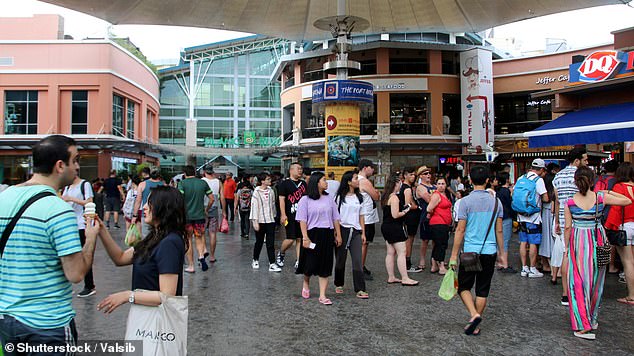 Pictured: The busy outdoor area of Jungceylon Shopping Mall in Phuket in July 2019, before the pandemic

By comparison, Australia has had 29,075 infections and 909 deaths with a population of about 25 million, with no new cases reported in almost two weeks.

While there have been talks about allowing tourists from select in countries to visit the South East Asian hub in a ‘travel bubble’, but Australians who travel internationally are forced to undergo 14 days of self-funded hotel quarantine.

A second video, uploaded on February 19, showed the once busy Kata Beach on the island’s south-west during what would normally be peak tourist season.

The beach, which was once teeming with bikini-clad tourists, appeared almost completely void of human life in the footage – making for usually calm scenes at the picturesque destination. 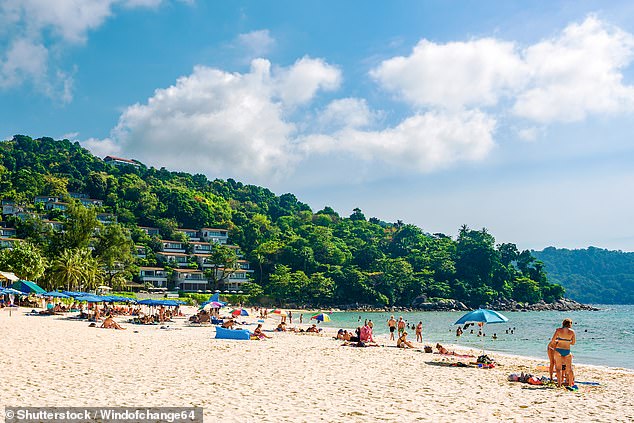 Pictured: Tourists enjoying the sun on the Kata Noi beach in Phuket. The beach used to be brimming with holidaymakers 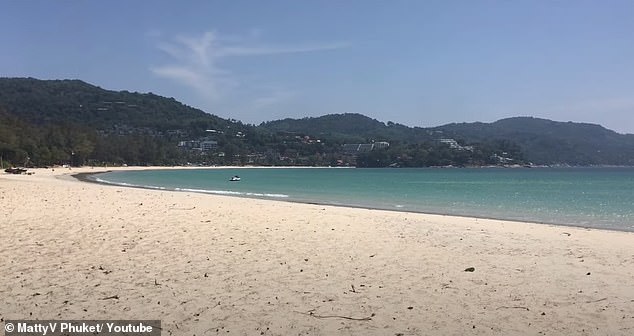 Pictured: Kata beach in 2021. There are no tourists because no one can fly internationally

Shores were barren of human life, boats could be seen sitting motionless on the iconic turquoise waters, and there were no umbrellas in sight.

Hopeful taxi and tuk tuk drivers don’t bother sitting on the side of the roads anymore because there are no paying tourists.

‘It’s still a beautiful place and if you’re in the financial position to be able to afford to come here, I would suggest making the trip to come across,’ he said.

On Monday, Thai officials announced its mandatory quarantine period would drop in April from 10 days to just seven for vaccinated travellers. 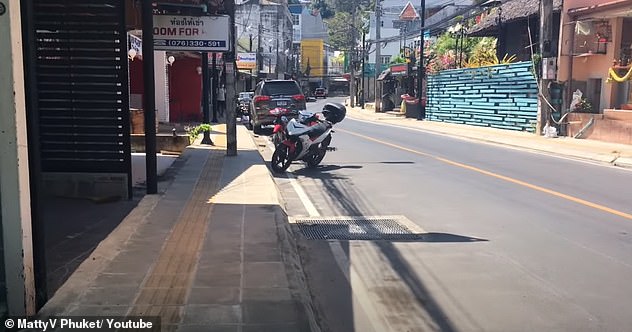 Pictured: The empty street leading up to Kata Beach. Very few shops are open, and there is no foot traffic

Vaccinations must be administered within three months of the travel period and visitors will still be required to show negative Covid-19 test results within three days of their departure, Health Minister Anutin Charnvirankul told reporters.

Those not yet inoculated but with coronavirus-free certificates would be quarantined for 10 days.

Anutin said the country may need to order an additional 10 to 20 million doses, which it could source from other producers.