Zinedine Zidane has been given full power over who leaves the club this summer but with one important proviso – some players are easier to move on than others.

Here, Sportsmail looks at what the French coach’s return means for some of Madrid’s big names and their returning loanees…

Zinedine Zidane is back in the hotseat at Real Madrid, but what does that mean for the players?

It’s no secret that Bale was not on good terms with Zidane at the end of last season. On form Bale deserved to start that Champions League final but communication between the two had already broken down and he was on the bench in Kiev.

Zidane is keen to bring in Hazard and work with youngsters Vinicius and Brahim Diaz but Bale is on a contract until 2022 and no club in Europe could afford to match his wages. Bridges might have to be rebuilt. 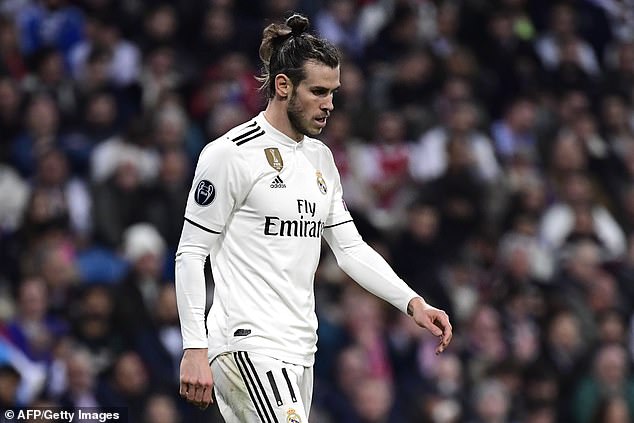 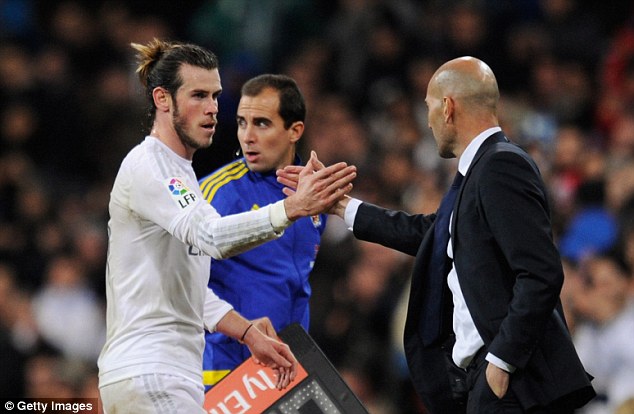 Zidane is a big Keylor Navas fan. He refused the club’s idea of signing Kepa Arrizabalaga just over a year ago to protect Navas.

He also has his own son Luka at the club and talented Ukraine keeper Andriy Lunin out on loan at Leganes.

Courtois in on a contract until 2024 so he can hardly be jettisoned but the club cannot go into next season with four keepers who all need to be playing.

The Brazilian had an excellent relationship with Zidane. He is another on a deal to 2022. He will need to sit down with Zidane and decide if he wants to leave – as he did under both Lopetegui and Solari – or if he is now set on staying.

There is a market for him in Italy. Both he and the club may yet both see a summer departure as the best for all involved. 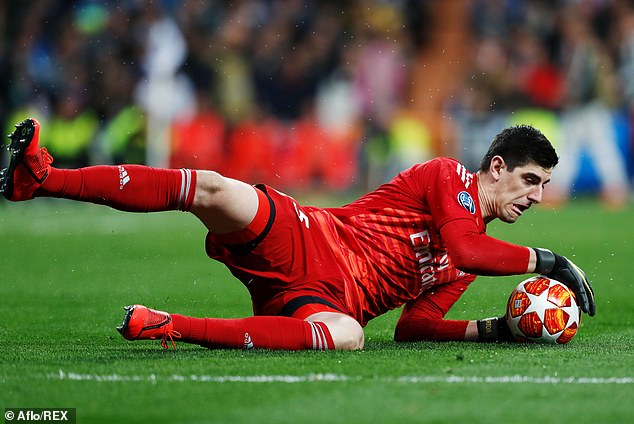 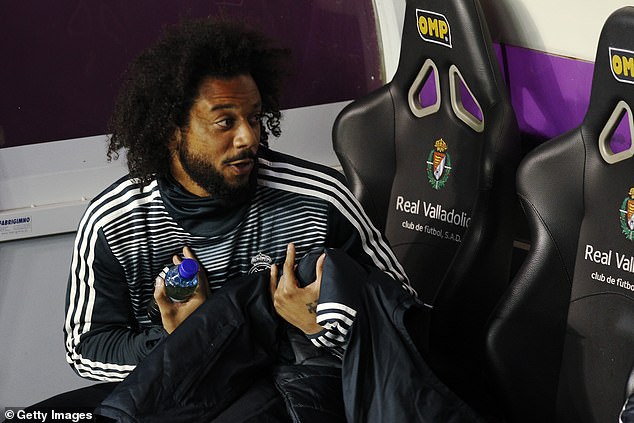 The captain stays. Which would not have been the case had Jose Mourinho returned. He will be in his last year at the end of this season however. He is still very hard to replace and will probably be renewed.

One of Zidane’s favourite, Varane is playing for Real Madrid and not Manchester United because of the French coach calling him up to make sure he signed back in 2011. He definitely stays. 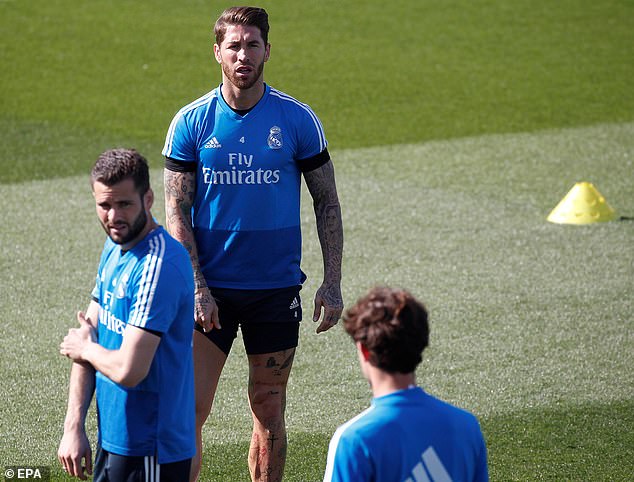 Sergio Ramos will stay at Real Madrid under the stewardship of Zidane; he is hard to replace

Despite the idea that he is one of Zidane’s favourites he was actually only the 12th most used player during Zidane’s time in charge.

He will certainly sense a new start with Solari gone but he has a disciplinary matter still hanging over him after falling out with the Argentine.

He does have a long contract so should stay unless a huge offer from Italy turns the club’s head.

Zidane wants him to stay. It’s still not clear if he has yet signed his new 2021 contract but in these long empty weeks stretching out ahead the club are likely to make a big thing of him putting pen to paper. 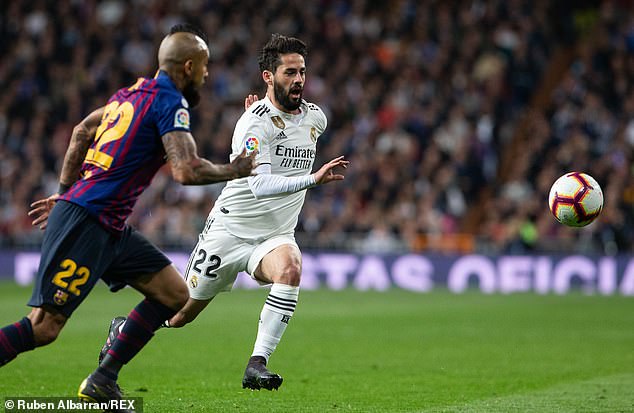 Isco was only the 12th most-picked under Zidane first time around, but this will be a fresh start

Zidane barely played him in the 2017-18 season .His high-energy game might attract Premier League suitors. The new coach is likely to want him moved on.

This could be a difference of opinion between club and coach. Zidane has always been a fan but Real Madrid feel the 23-year-old has not really pushed on this year and know he has plenty of suitors.

His future could depend on who comes in for him. Will probably stay. 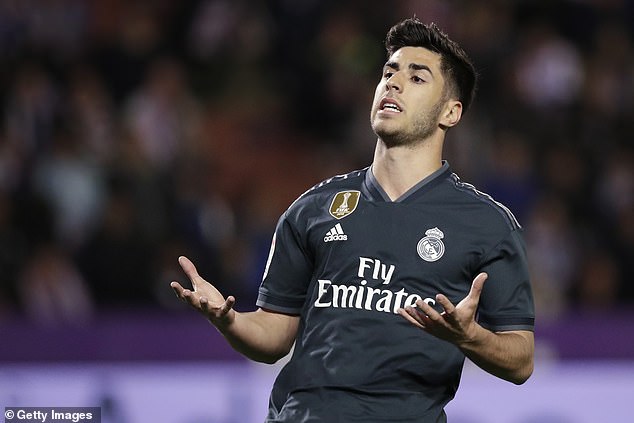 Zidane wants another striker signed but Benzema will still be a major part of things next season. He has the backing of the in-coming coach and the President and he is one of the few who have not let the club down this season.

He has not had the best of years but come next pre-season he ought to be part of Zidane’s new midfield. 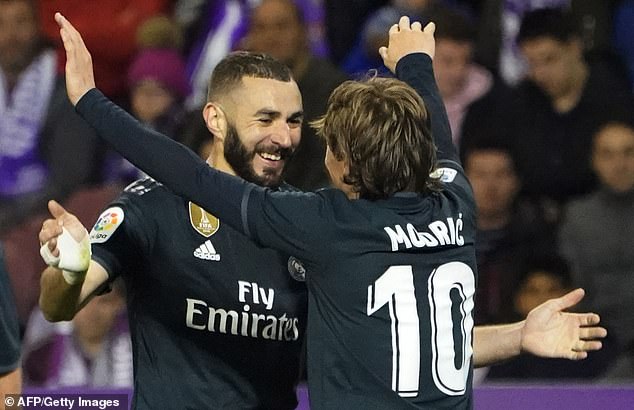 Zidane hardly played him last season and later admitted he was wrong to over-look the young midfielder who will feature far more this time.

And the returning loanees…

Zidane’s appointment was bad news for the Colombian international who is due back from his two-year loan at Bayern Munich.

The two did not get on at Madrid and Zidane is unlikely to want him to still be in the squad next season.

The end result could be Madrid dropping the current €42m (£36m) asking price for Bayern to keep him. 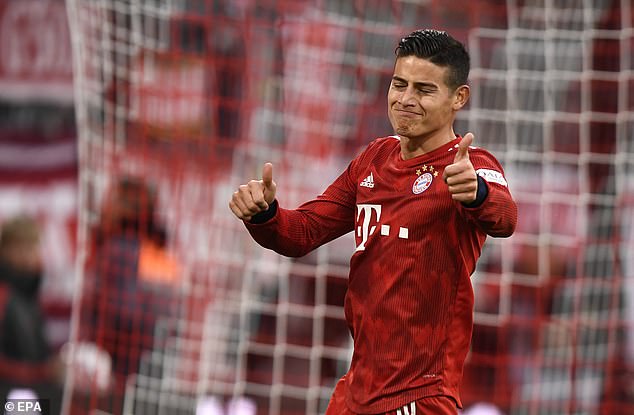 Zidane’s appointment was bad news for James Rodriguez, who is due back from loan at Bayern

Zidane once gave him the unenviable task in a Clasico of marking Sergio Busquets when Barcelona were starting their moves and then picking up Lionel Messi when they were trying to finish them. Not surprisingly he failed. The relationship is not great and if Chelsea’s ban on registering players stops them signing him then Madrid will have to find him a club.