The wellness world is one of the fastest-growing areas in today’s day and age – and experts have revealed there’s plenty of new elements on the cards for 2018.

Speaking to FEMAIL, Sydney-based dietitian, Belinda Reynolds, revealed what we can expect to see more of in the next twelve months, while TV chef, Zoe Bingley-Pullin explained how you can start your New Year right.

For the experts, it’s all about medicinal mushrooms to support healthy immune function, a personalised approach to nutrition and a focus on brain health.

Here, FEMAIL rounds up how you’ll approach your fitness and food come January.

Speaking to FEMAIL, Sydney-based dietitian, Belinda Reynolds (pictured), revealed what we can expect to see more of in the next twelve months in the wellness world 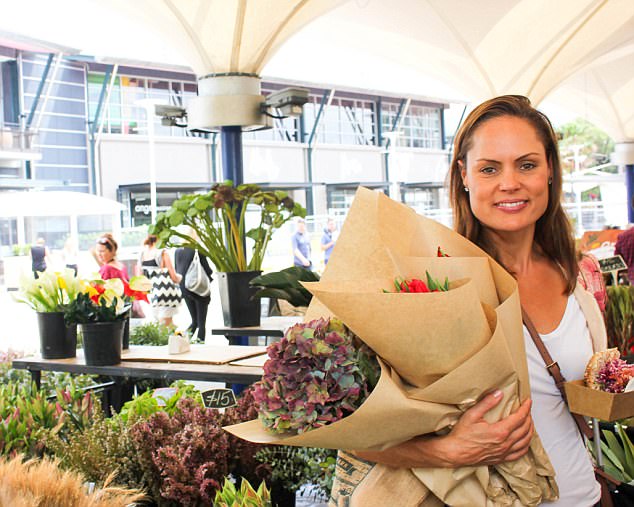 How to start your New Year right

* Set descriptive goals – if a goal isn’t specific, it’s more of a wish.

* Know your whys when you set a goal; it’s important to know why you want something.

* Aim for small gradual change, rather than one big one.

* Be prepared – if your healthy routine dropped off last year, then be prepared that this might happen.

* Tell your loved ones and friends about your goals to help them to stick.

According to Belinda, medicinal mushrooms are becoming ‘more and more recognised for the multiple benefits they provide for supporting health’.

‘Mushrooms such as reishii, shitaki, cordyceps, tramete and maitake have been used for thousands of years in traditional forms of medicine,’ she told Daily Mail Australia.

But, more recently, science is supporting their consumption for supporting healthy immune function, how the body copes with stress and more.’

Not only do such mushrooms help with immune function, but Belinda also said they’re great for the ‘gut, lungs and kidneys’.

You can get your hands on medicinal mushrooms in health stores around the country. 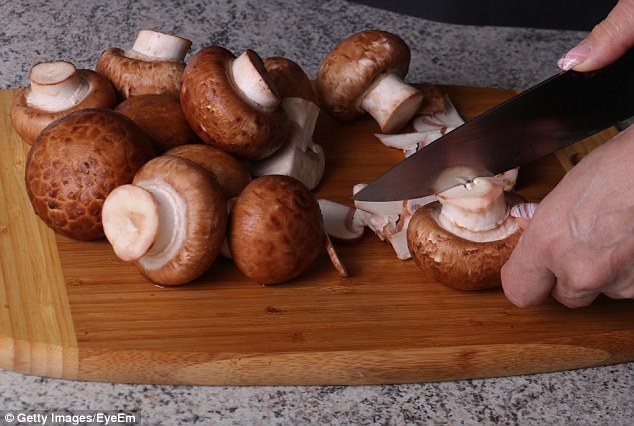 According to Belinda, medicinal mushrooms are becoming ‘more and more recognised for the multiple benefits they provide for supporting health’ (stock image)

With DNA dieting all the rage in health circles, it was only going to be a matter of time before personalised nutrition hit the masses.

‘We’re becoming more aware that there is no one-size-fits-all approach to health, as we have variations in our genes, diets, environments and lifestyles which can impact how we respond to certain things,’ Belinda said.

‘Next year, more and more practitioners will be looking towards genetic testing, which will help them to design a personalised health plan for their patients.’

For those interested in the idea of how our genes affect our health, Australian company, myDNA, have released an at-home test, to find out which workouts suit you, which foods to eat and which to avoid. 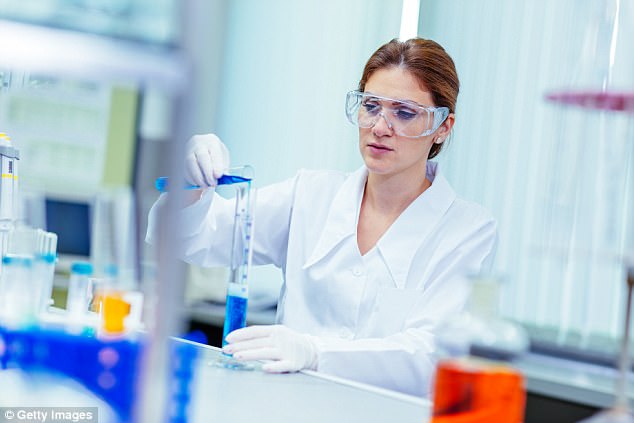 With DNA dieting all the rage in health circles, it was only going to be a matter of time before personalised nutrition hit the masses – it will be very popular in 2018 (stock image)

According to Belinda, research has revealed that mood disorders and cognitive decline such as dementia are linked to a poor diet and inflammation in the body.

‘These factors suppress what is known as neuroplasticity,’ she said. ‘This is the process of brain cell renewal, and also compromises protection and survival of neurons in the brain – which means that brain health and its functions are compromised.’

The dietitian said that experts now know that certain lifestyle factors, such as exercise, can hold the ‘ability to suppress this inflammation and promote brain protection and regeneration’.

When it comes to brain health ingredients to know, Belinda is a fan of resveratrol (found in red wine), curcumin from turmeric, L-theanine and nutrients such as vitamin D, zinc, magnesium and fish oils. 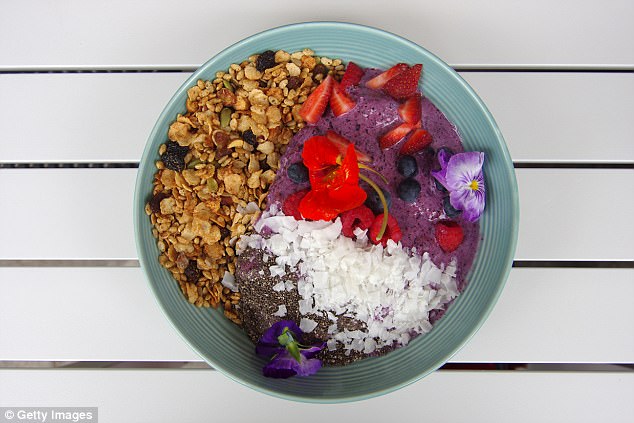 Plant-based foods are set to be big in the next twelve months, too (stock image) 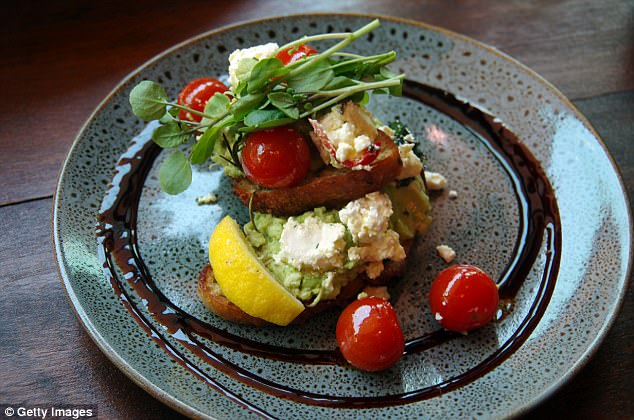 ‘Adding more of these foods into your day provides so many health benefits – whether you add fruits to your morning smoothie or avocado to your wholegrain toast,’ she said (stock image)

In the past, Australians in general have reported very low vegetable intakes.

So Belinda said she is happy that they are making a comeback.

‘Non-processed plant foods are making a real comeback, with more of the population becoming aware of their importance for health over grain-based refined foods and processed foods,’ Belinda said.

‘Adding more of these foods into your day provides so many health benefits – whether you add fruits to your morning smoothie or avocado to your wholegrain toast.’