Barry in South Wales has been identified as a top property hotspot for growth in house sellers’ asking prices over the past year.

The average price tag on a home in the seaside town, which is within commuting distance to Cardiff, has jumped by 10.6% annually, according to property website Rightmove.

It said the average asking price in Barry, a setting for the BBC sitcom Gavin And Stacey, has jumped by more than a fifth over the past five years and now stands at £191,050. 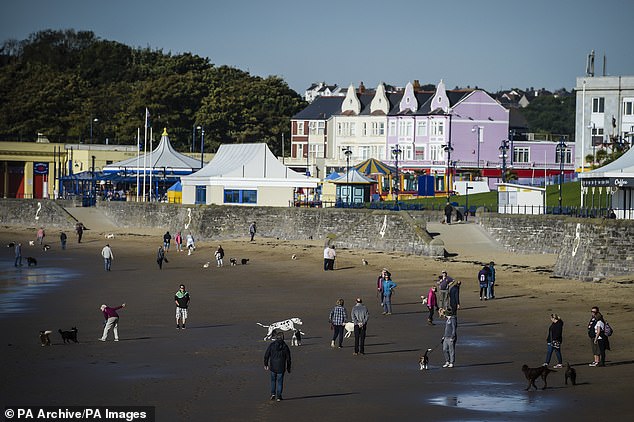 Average house prices are now more than £190,000 having leapt ten per cent in a year

‘It’s a great tourist spot thanks to the popularity of Gavin And Stacey, and not forgetting Barry also boasts some quite stunning coastal views.’

Some recent reports have suggested that the scrapping of the Severn tolls linking South Wales with the South West of England will encourage more home buyers to look for properties on the Welsh side of the border – where they may find more value than they would in England.

Andrew Fenton, sales director at Vale of Glamorgan-based Chris Davies estate agents, said: ‘Barry is the place to be so I’m not at all surprised by Rightmove’s findings.

‘Property prices here compared with Cardiff and its suburbs are comparatively reasonable.’ 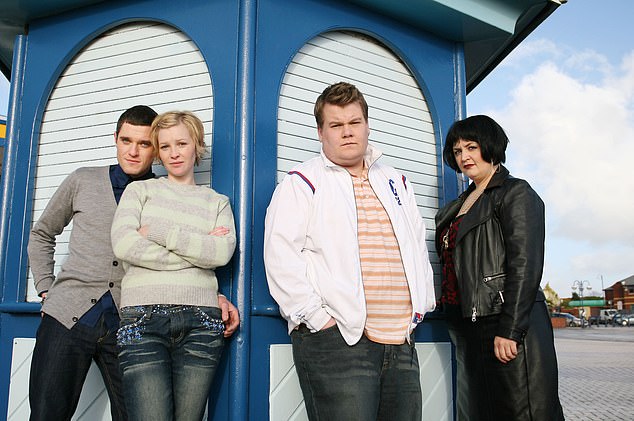 Here are the top five property hotspots, according to Rightmove, with the average asking price and the year-on-year increase:

And here are the five places with the biggest decreases in asking prices over the past year in Rightmove’s study, with the average asking price and the year-on-year decrease:

He said the area has seen a lot of economic growth and has good schools.

Mr Fenton continued: ‘I think even five years ago, Barry was popular with home-hunters, but a major factor recently has been the abolition of the Severn Bridge tolls.

‘Since then, people in Newport have been priced out of their own town by investors from Bristol and what have you, so those people have been coming to Barry.

‘But we all love the Gavin And Stacey connection, why wouldn’t we?

‘It certainly makes a difference, there’s no question of that.’

In second place, Wednesbury in the West Midlands has seen property prices jump by 10.1% over the past year. It was followed by Llandudno, Kidderminster and Leigh in Greater Manchester.

At the other end of the spectrum, asking prices in Esher in Surrey have seen the biggest fall over the past year – with a 6.7% decrease pushing the average price tag below the £1 million mark.

The figures for the Home Counties could be indicative of a ripple effect from London’s ailing property market which has seen buyers become increasingly unwilling to fork out huge amounts for relatively modest properties.

Official data published last month revealed that while London house prices have fallen over the last year, the capital remains the most expensive place to buy a home, with an average price tag of £474,000.

According to ONS figures, the South East of England and the East of England are the second and third most expensive regions to buy a home, with average prices of £325,000 and £290,000 respectively.

Mr Shipside said: ‘The average price of property coming to market in the South East is still nearly 50% higher than it was ten years ago, so it is not surprising that following such a rapid rise there are now some downward re-adjustments taking place.

‘Some buyers are either ruled out of the market by being unable to afford these prices or others may be holding back and looking for prices to settle at what they judge is a new level of fair value.

‘These locations also have a large proportion of more expensive homes, and that upper sector has suffered from a lack of buyers due to higher stamp duty costs. It looks like sellers are dropping their prices to mitigate these extra costs and try and tempt buyers with lower prices.’