What’s the most super way to fight off the super cold? We review a selection of remedies

Experts warn that the UK faces an uncertain winter, with Covid and flu circulating.

After lockdowns and mask-wearing, which cut infection rates, we may also be more susceptible to cold viruses, with people complaining of ‘super-colds’.

The outbreak is being blamed by some on the respiratory syncytial virus (RSV), which typically causes a runny nose, cough and sore throat — and is usually a common cause of winter illness in the under-twos.

Claim: A herbal ‘medicinal product’ which, the manufacturer claims, can ‘relieve the symptoms of upper respiratory tract infections such as common cold, sore throats and coughs’. Take at the first sign of a cold.

Suitable for children over six, the oral drops can be taken directly from a spoon or mixed with water.

Expert verdict: Pelargonium is a member of the geranium family and has a long-standing use in traditional medicine for treating colds and flu.

Anecdotally, some people have said they find relief from its use but there is very limited evidence that it is effective. It is safe to take for all ages and if you want to avoid taking other forms of medicine, then there is no harm in trying it. Claim: A nasal spray which, claims the maker, helps unblock your nose six times faster than decongestant pills. It contains xylometa- zoline hydrochloride, which ‘has a decongestant effect’, and ipratropium bromide, which ‘reduces nasal mucus secretion’.

To use, hold one nostril closed and insert spray into the other. Tilt head slightly forward and squirt — inhaling at the same time. Repeat on the other side.

Expert verdict: This has two active ingredients — ipratropium bromide, which relaxes the muscles that line the airways within the lung, therefore making it easier to breathe, and xylometazoline hydrochloride, a decongestant that shrinks the lining of the nose, also making breathing easier.

Both drugs have been shown to be effective in improving cold symptoms but taking decongestants for more than five days is not recommended because they can worsen swelling in the nose if taken for too long, potentially making symptoms worse in the long run. 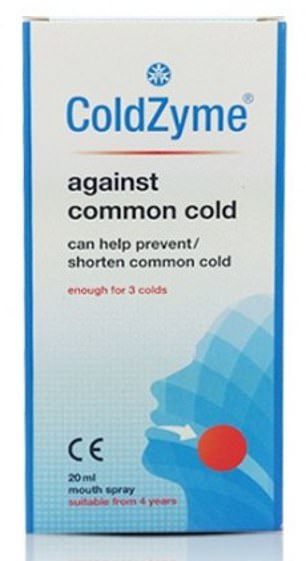 Claim: This is said to work against the cold virus itself — rather than just treat symptoms.

Once sprayed in the throat, the manufacturer says it forms a protective barrier that traps the virus in the throat and stops it infecting cells; the body then gets rid of the virus naturally.

It also claims that ColdZyme can shorten cold duration if used at the first sign of symptoms. To use, spray into the throat — one dose every second hour up to six times daily during the time you are exposed to the cold virus or until symptoms decline.

Expert verdict: The main ingredients of ColdZyme include glycerol, a colourless and odourless thick liquid that traps viruses in the throat. It also contains trypsin, an enzyme that, it is also claimed, inhibits the virus’s ability to bond with and infect healthy cells.

But the evidence is mixed. Some studies show it may offer little protection — but a paper earlier this year in the European Journal of Sport Science suggested it could shorten cold duration by up to a third.

Additionally, it is only a treatment for the mouth and it does not stop viruses entering through the nose. 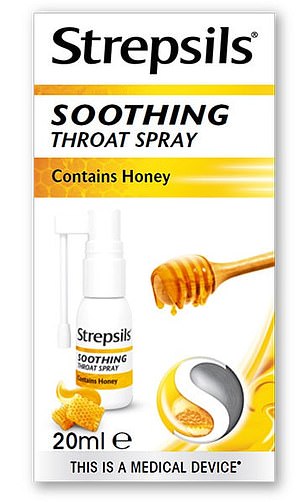 Claim: A throat spray containing a substance called Polysac-Active and honey, which, says the manufacturer, can help soothe a sore throat and cough.

Spray directly to the back of the throat every two to three hours or when needed. Can be used in children over three.

Expert verdict: Honey is a safe, natural remedy for soothing a sore throat and improving coughing.

A review of the best-quality studies on the effectiveness of honey has shown that it is helpful in relieving coughing and reducing the duration of the cough. It might also soothe the throat because of its thick, sticky consistency, although the evidence for this is less clear.

Polysac-Active is said to create a protective layer at the back of the throat that soothes it and eases coughing. But it is a fairly new product and there is not yet any evidence that it is effective in helping with a cough or soothing the throat. Claim: A thick gel said to help reduce the likelihood of getting sick from colds and flu by blocking out airborne viruses, says the manufacturer.

It advises that it is best used in situations where you may be exposed to ‘contaminated air’ — such as crowded places, where viruses may easily spread. Reapply a thin layer around nose every four to six hours.

Expert verdict: This is a drug-free gel that does not appear to have any side-effects and which aims to immobilise airborne viruses so they do not get inhaled into the lungs.

But I am not aware of any good evidence that it actually reduces the risk of a cold. That said, it won’t do any harm — although it is pricey. 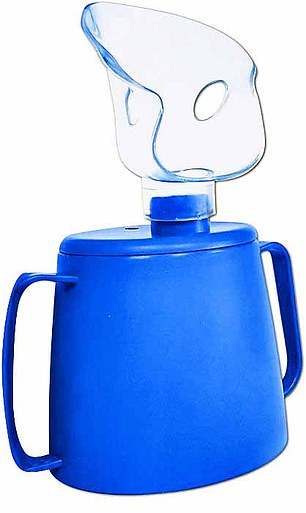 Claim: This steam inhaler — in the form of a cup with a face mask attached to it — is said to help clear the airways because its warming and moisturising effects help loosen mucus and catarrh, as well as relieve the symptoms of coughs, colds, flu and blocked sinuses.

Expert verdict: This is a device that helps people with colds use inhalation more effectively.

It improves the amount of inhaled steam and other decongestants taken in when compared with putting your head over a bowl with a towel on your head, in the old-fashioned way.

It can be used with any inhaled decongestants.

For example, olbas oil and menthol can be helpful.

Claim: A combination pack with two types of capsules to deal with symptoms of flu during the day and at night.

Expert verdict: This is a well-established product containing medications that are effective at reducing cold symptoms.

Both day and night capsules contain paracetamol, a painkiller, and phenylephrine, a decongestant. These will work to reduce nasal blockage, headache and fever associated with colds and there is good evidence for their effectiveness.

The day capsules also contain caffeine, which acts as a stimulant to relieve fatigue and drowsiness and speed up the absorption of other medications — helping them act more quickly. 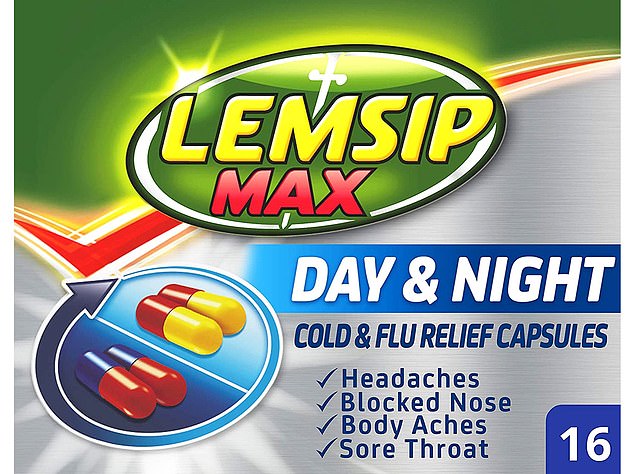 Claim: A traditional herbal remedy used for colds, which, it is claimed, may boost the activity of infection-fighting immune cells, known as natural killer cells.

Expert verdict: There was a very well-conducted review by the Cochrane organisation — which vets the evidence for different drugs — that found no benefit from using echinacea to treat colds compared to a placebo (dummy) tablet.

It is safe, though, and it can be taken in conjunction with paracetamol and other cold medications, so may be worth a try.