A wheel-chair bound man’s dog has died after allegedly being attacked by a viscous dingoes in Geelong, Victoria.

Peter Mouat was helpless when his 13-year-old terrier was attacked earlier this month in Corio.

The elderly man was unable to intervene to save his pet dog who would follow him during his daily walks.

The dog, named dotty, died of injuries in hospital days after, leaving Mr Mouat with a $5,000 bill for vet, medical and cremation costs, according to a Go Fund Me page.

Peter Mouat (pictured), a wheel-chair-bound grandfather. was left helpless when his his 13-year-old terrier was attacked in March.

The elderly man, who is ‘completely incapacitated’ in the final stages of Motor Neurone Disease’, could not stop the attack and was unable to call for help.

He was forced to head back home with Dotty courageously dragging herself behind his wheelchair.

Ruth Morrison, a nurse, has  created the fundraising page to raise funds for the Mr Mouat.

‘Pete is now battling grief over the senseless loss of his beloved dog and companion, Dotty,’ she wrote.

Mr Mouat is absolutely heartbroken according to his granddaughter, who vented on Facebook on Friday.

‘This is my Pa. For those who didn’t read my post when it happened, his poor doggy Dotty was attacked by two dingoes in front of him while he was taking her for a walk,’ he said.

‘Unfortunately it was all too much for Dotty to handle and she passed away a few days later. 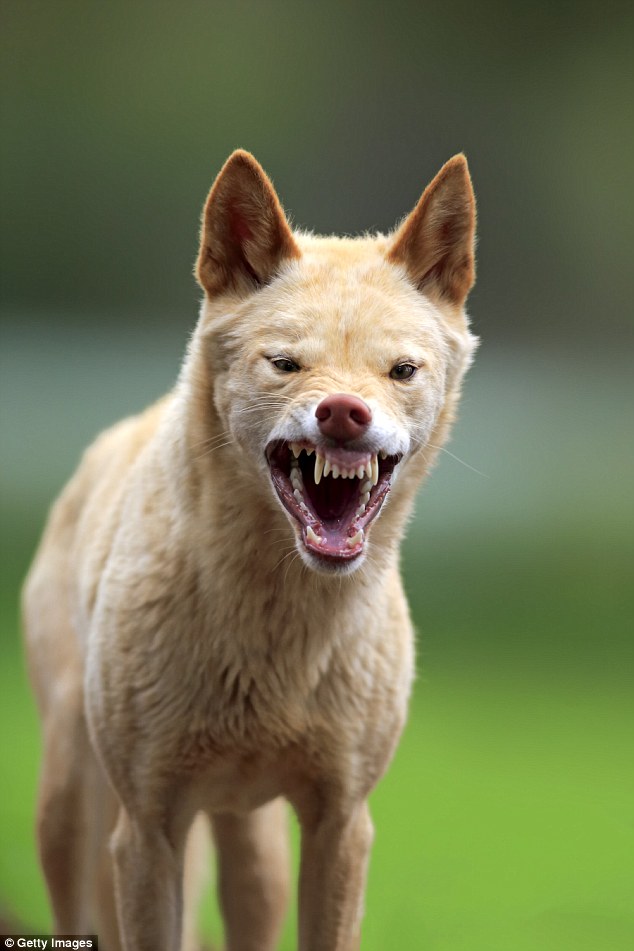 The dog, named dotty, died of injuries in hospital days after, leaving Mr Mouat with a $5,000 bill for vet, medical and cremation costs (stock photo)

‘This left my pa not only heartbroken and grieving for his best friend of 13 years but also severely financially strained.’

‘Peter Mouat is a proud man, he’d been a hard worker until the effects of MND forced him to stop working and, most importantly, he’s a genuinely good bloke,’ the page states.