When Brighton is so near – but just a bit too far

How far is too far? To travel to lunch that is, to traverse the globe to feed a yen, to journey in thrall to one’s gut. Paris is easy enough, a shade under two-and-a-half hours on Eurostar, skipping past the dog muck and Gallic tuts, and into oeuf Meurette and ris de veau at the eternally reliable Chez Georges. Copenhagen, too, for Noma, and 25 courses of the bold, brilliant and occasionally downright baffling.

I once flew to San Sebastian, where I eschewed all those magnificent cider bars and pintxos places for about 35 courses at Mugaritz. Three Michelin stars, you know, with all the atmosphere of a morgue. Macaroons made with blood, edible pebbles and a menu you could actually eat. Literally. You read it, ripped it up and shoved it in your gob. All very clever, but I missed montaditos, gildas and dry Basque wine. 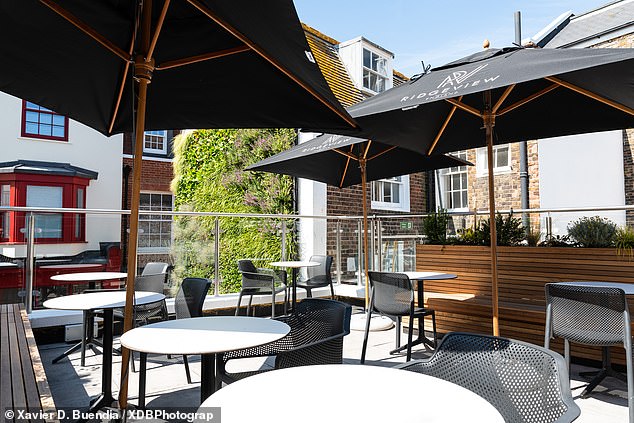 The Flint House in Brighton. It’s in the maw of The Lanes, and you sit at the bar, Barrafina-style, either facing the chefs or the Brass Monkey Ice Cream parlour, where they say the saffron and rosewater gelato is definitely worth a go

Belfast is a breeze, for Ox-scented adventures, and Edinburgh equally easy. A brief flight north never fails to sharpen the appetite. And you can snooze, sated, on the way home. While Manchester, Leeds, Liverpool, Newcastle and York involve a few hours ensconced on a train, the most civilised way to travel. So Brighton should be a cinch, under an hour, on an unseasonably sunny mid-September day, to one of the most reliable eating cities in the land. Just like Bristol, there’s an embarrassment of delectable riches.

It’s in the maw of The Lanes, and you sit at the bar, Barrafina-style, either facing the chefs or the Brass Monkey Ice Cream parlour, where they say the saffron and rosewater gelato is definitely worth a go. The menu reads well, too. Broadly European, but with the occasional foray into the Middle East and beyond: Ortiz anchovies on toast, and Peter Hannan beef, and whole roast fish of the day. Service is warm and wreathed in smiles, and we eat braised squid with n’duja and olives, in a rich, Romesco-ish tomato sauce. There’s heat and chew and pure Mediterranean allure. A serious starter.

Then a couple of decent prawns, pert and fresh and properly cooked. And a cracking tomato salad, the essence of later summer sweetness, with wisps of goat curd and a fistful of capers. Plus green beans, with bite and a hint of squeak, each coated in a creamy, horseradish-and-anchovy-spiked dressing. The vegetarian dishes are really very good. But the rest is, well… just a touch dull. A pair of ham croquettes that lack the oozing charms of the truly great. A sea bass crudo that, while immaculately fresh, is drab and under-seasoned, the only real flavour being an excess of dill. Beware the bully boy dill. 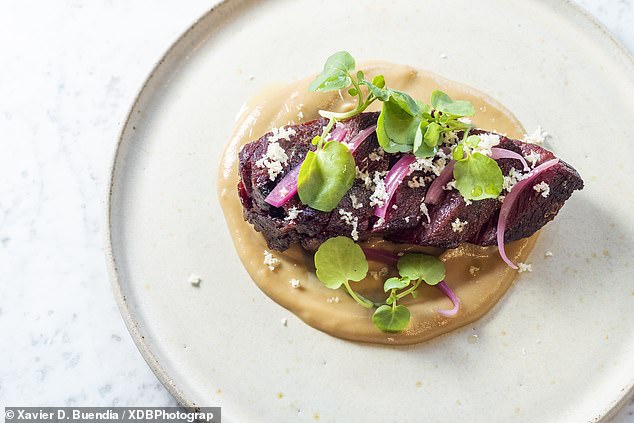 The vegetarian dishes are really very good. But the rest is, well… just a touch dull

Sugar pit ox cheek has an intense beefiness (I’m pretty sure it’s from Peter Hannan) and a decent crust. But it needs cooking longer, at a low temperature. You should be able to cut it with a spoon, rather than chew the stuff like jerky. Whole plaice is bland and pappy, lacking that essential fleeting sweetness, both overcooked and underwhelming.

Puddings are better: a chocolate parfait sandwich that doesn’t overwhelm with sweetness; and more chocolate, a delice with cooked fig and a shard of honeycomb.

A couple more bright spots in an otherwise average lunch. And one that leaves us a little cold. Nothing actually goppingly bad. The sort of meal, though, that’s forgotten within moments of leaving. With the likes of Wild Flor, 64 Degrees, Riddle & Finns, The Chilli Pickle and La Choza nearby, competition is fierce. The Flint House has potential. But as it stands, this near is just that bit too far.