When to opt for a variable or tracker rate mortgage

The number of homeowners opting for a variable rate when they remortgage has plummeted 75 per cent over the past year as the Bank of England was tipped to raise interest rates – and then did.

But with the Bank having outlined that base rate should continue to climb in 2018, why would you opt for anything other than a fixed rate now?

It might seem an odd move but there are still some reasons why borrowers would take out a mortgage that could rise rather than locking into a fix.

Over the past 12 months demand for fixed rate deals surged as warnings from the Bank of England stepped up, ending with a quarter point rise in the base rate in November.

Markets and economists are pricing in at least one further 0.25 per cent rise early in 2018, which would take the official rate up to 0.75 per cent from the current level of 0.5 per cent.

According to conveyancing firm LMS, one in five homeowners looking to remortgage onto a new deal this time last year opted for a variable rate. Now, just one in 20 homeowners is choosing flexible rates with the remainder locking into fixed rate mortgages.

Nick Chadbourne, chief executive of LMS, said: ‘Consumers were correct – 78 per cent of borrowers identified that a rate rise was likely, and many smartly capitalised on the situation.

‘This activity drove remortgaging volumes to peak, with the highest remortgage numbers since 2008.’

LMS’ figures show October’s remortgage market was the second busiest since the financial crisis, with 40,590 remortgage transactions and over £7billion lent.

Longer-term fixed rate deals have become increasingly popular with demand for five-year fixed deals making up a record 50 per cent of all of October’s remortgage transactions, more than double the 19 per cent seen in the previous year.

‘As the Bank of England hints at a long stretch of rises I suspect many more consumers will opt to fix deals while rates are rock bottom,’ said Chadbourne. 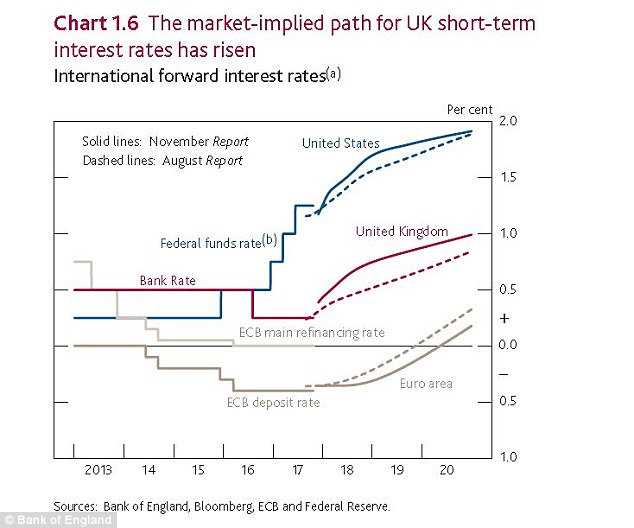 When is it worth taking a variable rate?

It might seem counter-intuitive but there are actually still some really good reasons to take a variable rate mortgage over a fixed rate – even when it’s likely the base rate will rise again next year.

The key one is flexibility, such as potentially knowing that you may move, or get hold of a large lump sum to pay down your mortgage.

Nearly all fixed rate mortgages will hit you with early repayment charges if you want to overpay your mortgage by more than 10 per cent of the balance each year.

Variable rate deals however, typically allow you to repay as much over the agreed monthly payment as you want without penalty.

This makes variable rates a great option for homeowners who are paid a lower basic income but receive regular bonus income on top.

Andrew Montlake, of mortgage broker Coreco, said: ‘Variable rates have their advantages, especially for those who want a bit more flexibility over how they pay off their mortgage.

‘They’re also a much better option for anyone who thinks they may be looking to move house sooner rather than later as they tend not to hit you with a big ERC if you need to repay early.’

One thing borrowers need to be aware of though is that not all variable rate mortgages are equal. Tracker mortgages will typically only rise if the Bank of England base rate does, whereas discount mortgages linked to a lender’s standard variable rate could go up at any time, as banks and building societies can usually raise SVRs whenever they choose.

Montlake added: ‘While interest rates may have started to go back up after November’s base rate hike, we should remember we are still in a really low interest rate environment at the moment.

‘A lot of people are prepared to price in another quarter point rise in the base rate next year in order to get that flexibility variable rates offer.’

Variable rates also tend to be better for homeowners looking to get off their lender’s standard variable rate – which average around 4.75 per cent at the moment – but who have smaller outstanding mortgages left.

Typically variable rates come with lower fees than the cheapest fixed rates on the market.