Where were you when… Bucks Fizz won Eurovision? 4 April 1981

Where were you when… Bucks Fizz won Eurovision? 4 April 1981

The performance that took Cheryl, Mike, Bobby and Jay from Nul to nailing it

‘Try to look as if you don’t care less, but if you wanna see some more!’ they sang and cue: rip off those skirts and claim victory. Midway through their hip-wiggling dance routine to ‘Making Your Mind Up’, the Bucks Fizz boys reached over to the girls and whipped away their knee-length skirts – to reveal minis underneath. It would become an iconic moment in Eurovision Song Contest history – and one that swung the competition in their favour.

I was a ten-year-old schoolboy at the time and can vividly remember my mum letting me stay up late to watch it. With their catchy song, cheesy smiles and those brightly coloured outfits, Bucks Fizz were a friendly quartet – with a hint of cheekiness, courtesy of that routine.

It felt as though the whole nation was cheering on Cheryl Baker, Mike Nolan, Bobby G and Jay Aston that night in Dublin. The skirt stunt wasn’t a surprise to us Brits. We’d already watched them do it on A Song for Europe (where viewers chose the band to go through to Eurovision), then on Top of the Pops. For foreign audiences, though, it would be brand new. Hopes were high it would propel Bucks Fizz all the way.

Thank goodness for that distraction, as even my young patriotic ears could hear that the band’s live vocals were creaky (which they later blamed on a mic mix-up). When the jury votes came in, the early scores weren’t exactly ‘nul points’ but erred on the low side. Soon, though, Bucks Fizz took the lead and clung on, eventually edging out runners-up Germany by just four points. I leapt to my feet in celebration, sending Wagon Wheels crumbs into the air, and hugged my mum.

This would be the UK’s fourth Eurovision triumph after Sandie Shaw, Lulu and Brotherhood of Man. Little did I know that a win by Katrina & The Waves in 1997 would be the last before decades of Eurovision disappointment set in. 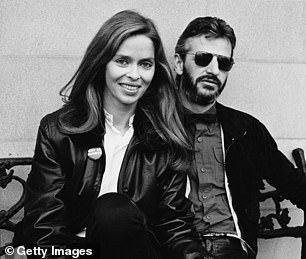