Where were you when…Windsor Castle blazed, 20 Nov 1992

Where were you when…Windsor Castle blazed, 20 Nov 1992

It took 36 pump engines, 225 firefighters and 1 million gallons of water to extinguish the fire

It was a Friday morning. I was having a catch-up with the Queen’s press secretary, Charles Anson, in his Buckingham Palace office. It had been a hell of a year – soon to be christened an annus horribilis by the Queen as she marked her 40th year of accession. The Duke and Duchess of York had separated (with Fergie then pictured topless having her toes sucked by her financial adviser), Princess Anne had filed for divorce from Mark Phillips and Diana had sat alone at the Taj Mahal and then poured out her heart in a book by Andrew Morton.

But today was quiet. It was the Queen and Duke’s 45th wedding anniversary but no public appearances were planned, so I’d called in at the Palace to discuss upcoming events. Shortly before noon, we were interrupted by one of the Queen’s advisers, who spoke with Charles in hushed tones in the corridor. Charles came back in and continued where we’d left off. Suddenly my pager lit up: ‘Ring the news desk. Urgent.’ I rang. ‘Where are you, for God’s sake? Don’t you know Windsor Castle is on fire?’ Cursing the Palace courtiers for keeping me out of the loop when they had clearly been whispering about it, I raced out of the Palace and down the motorway.

First reports of disasters are often exaggerated. Not this one. The smoke and flames billowing from the Brunswick Tower of the ancient castle could be seen from miles away. My heart was pounding as I got into Windsor, parked the car and ran towards the fire. The news desk wanted an eyewitness report as soon as possible. News crews were converging and the air was thick with acrid smoke, despite the best efforts of dozens of firefighters.

It was the start of a brutal nonstop stint of reporting for me, as the fire raged for more than 12 hours. In the end, it destroyed 115 rooms, including nine state rooms. It was a sadly symbolic end to a year that the Queen and her family would surely rather forget. 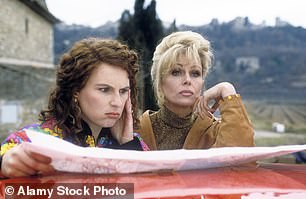