Which groups were breaking rules in NSW Covid lockdowns

During the bleakest months of NSW’s lockdown there were 36,500 Covid breaches. This is EXACTLY who was breaking the rules

During the toughest days of Covid lockdowns in NSW more than 36,500 public health order breaches were recorded – with the majority of rule breakers being young men.

New data released this week reveals that males were responsible for three-quarters of public health order breaches at the height of lockdowns in July and August.

The figures gathered by the NSW Bureau of Crime Statistics and Research also show that infringements detected in just those two months accounted for 90 per cent of the reported breaches in the state since March 2020.

Non-essential travel was the main reason for public health order breaches in July and August 2021 (pictured: police check traffic in the Sydney CBD in August) 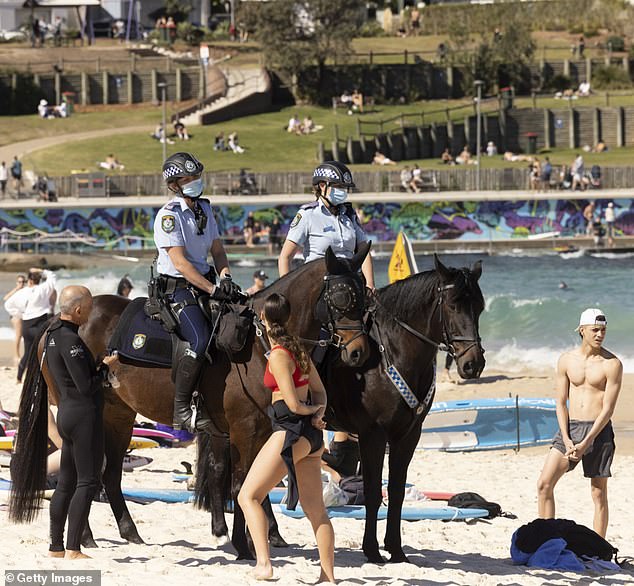 Not wearing a mask was a big reason for breaches comprising about a third of infringements (pictured: police at Bondi in August)

Younger men and women aged from 18 to 39 accounted for more than 60 per cent of all infringements.

Half had a prior criminal offence in the previous five years.

Just over a third of breaches were for non-essential travel, 30 per cent were for failing to wear a mask and 14 per cent for visiting other households.

The majority, or 90 per cent, of breaches were dealt with by a $1000 fine and almost all were non-Aboriginal people at 95 per cent.

Half of infringements took place in public places at 51 per cent, while 22 per cent were residential and 10 per cent were business and public transport.

BOCSAR examined Covid-19 breaches in July and August and compared data with self-reported rates of non-compliance from a survey.

The survey found self-reported rates of compliance were generally high across all areas of Greater Sydney.

Fewer than one in five respondents admitted to serious non-compliance, such as visiting family or friends or gathering in large groups. 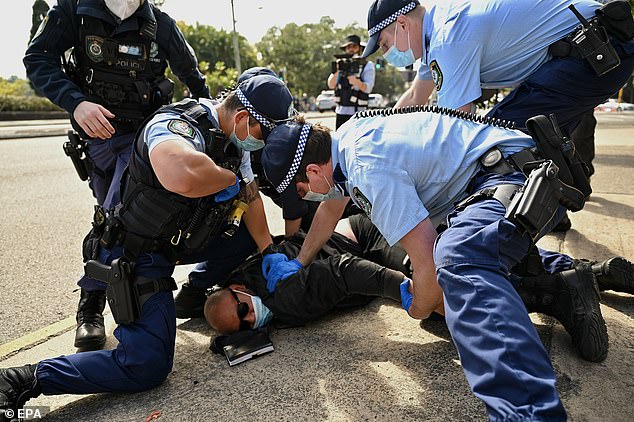 BOCSAR Executive Director Jackie Fitzgerald said while most people adhered strictly to the public health orders a subset of the population was less inclined to comply.

‘Interestingly, the study suggests that compliance was greater in LGAs of concern possibly because the Covid-19 risk was higher or possibly due to more enforcement,’ Ms Fitzgerland said.

The 12 LGAs of concern accounted for 78 per cent of new Covid-19 infections recorded in NSW in July and August.

But only about a third of breaches were detected in those LGAs of concern, mostly in Sydney’s west and southwest at 37 per cent.

They constitute about 28 per cent of the NSW population. 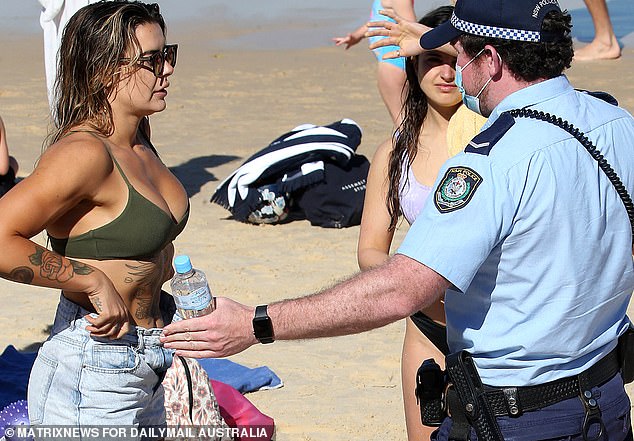 Women were much less likely to break the Covid restrictions the data shows (pictured: Bondi in September)