Which? reveals the difference between holiday adverts and reality

Travel companies are misleading holidaymakers – and may be in breach of consumer law – by promoting properties with glossy photos that bear little resemblance to the disappointing reality, according to Which? Travel research.

When it looked into the ‘real holidays’ behind the flashy website images, it claims it uncovered a premium holiday cottage with a back garden that one guest described as being like a ‘prison yard’ and a case where images were used of a hotel rather more appealing than the one the customer was actually sent to.

When holidaymaker Linda Allsop arrived at her hotel in Mallorca, she was pleased to see it looked just like in the photos, spilling onto golden sands, just a few steps from the ocean.

Holidaymaker Linda Allsop booked a holiday to Majorca through Holiday Hypermarket. It described her hotel as ‘on a beach’ and this is the picture that went with the description 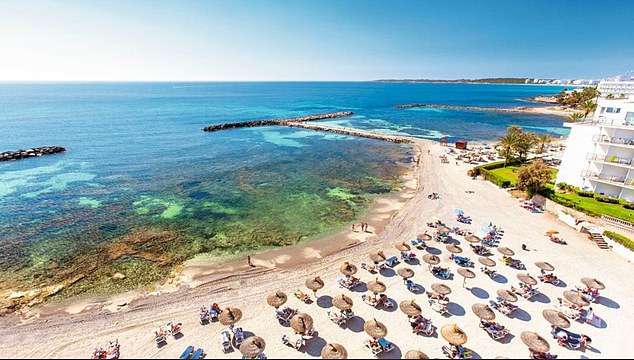 The advert showed photos of the Hotel Levante, pictured, when she had in fact been booked into the sister property, Levante Park 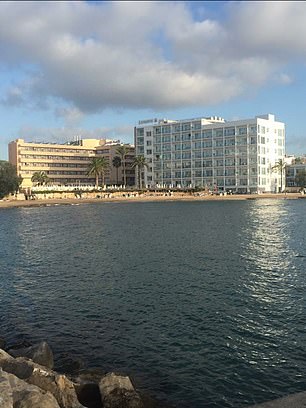 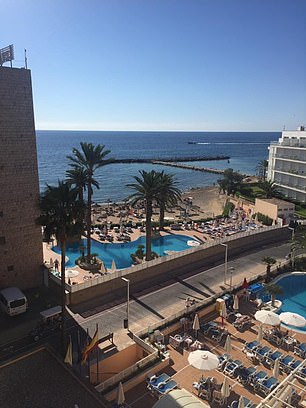 Pictured left is one of Linda’s images, which shows the hotel she had been booked into on the left. Linda told Which?: ‘Surely that’s false advertising. I was in sheer disbelief that I wasn’t staying in the hotel pictured!’

But she was left shocked when a porter carried her luggage to the hotel across the road instead.

Despite the website of Holiday Hypermarket, part of the Tui group, describing her hotel as ‘on a beach’ alongside photos of the Hotel Levante, she had in fact been booked into the sister property, Levante Park.

Linda told Which?: ‘Surely that’s false advertising. I was in sheer disbelief that I wasn’t staying in the hotel pictured!’

Several Tripadvisor reviews prove Linda wasn’t the first guest to feel this way. Tui refunded Linda and her partner £50 each and the online description was changed to ‘two-minute walk to a beach’.

However, Which? says that when it checked, photos of the beachfront hotel were still being used for promotion and Holiday Hypermarket was again claiming the hotel was ‘on a beach’.

The consumer group says this potentially breaks regulation five of consumer protection law: a misleading action, which could cause the average consumer to make a transactional decision they wouldn’t have otherwise taken.

It has now contacted the Advertising Standards Agency, and if the complaint is upheld the operator will have to change its marketing. 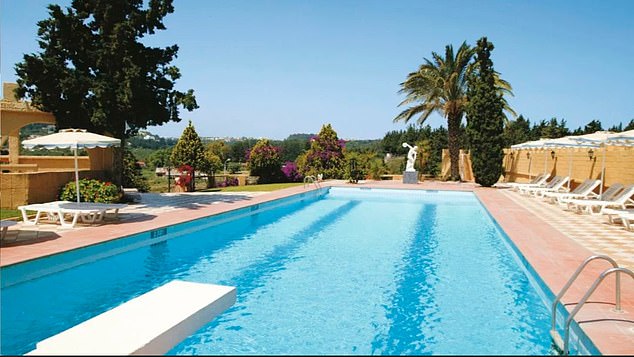 An advert showing the pool area of the Hotel Castello di Rodi in Rhodes. Holidaymaker Robert Thompson booked a stay there with Tui 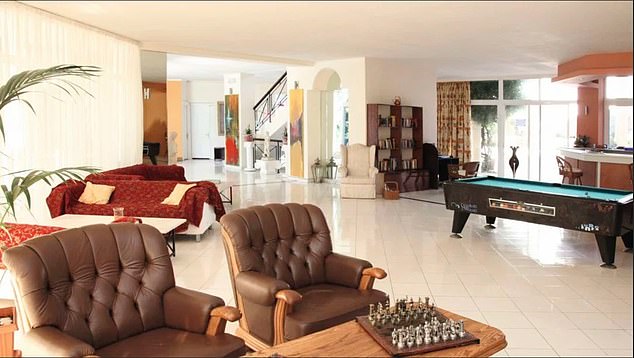 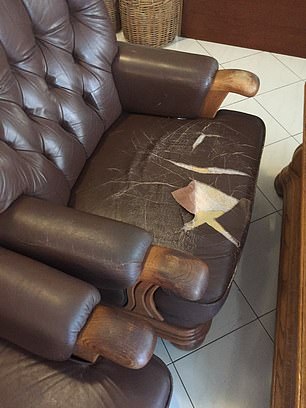 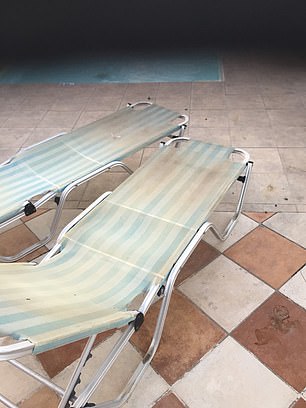 When Mr Thompson arrived at the hotel, he said he found ripped leather armchairs and rusty sun loungers 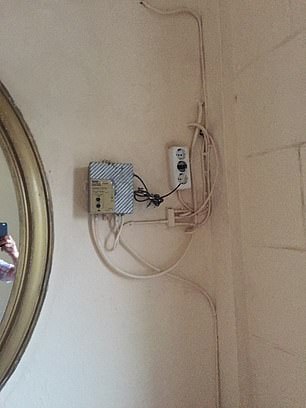 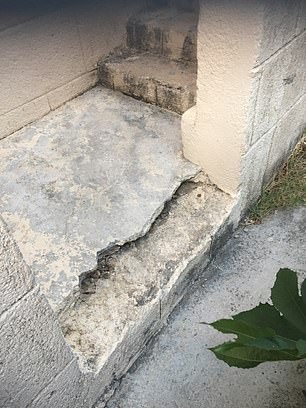 Mr Thompson said that the hotel was ‘tatty, tired and dingy’. He was given a £500 voucher in compensation after a lengthy complaints process with the Association of British Travel Agents

WHICH? ADVICE ABOUT HOLIDAY ACCOMMODATION THAT IS NOT AS PROMISED

If your holiday is not as it was pictured when you booked, complain to a manager or rep straight away. Not only does this give them an opportunity to address the issue, but it also helps you make a better case if you’re still dissatisfied.

Keep a diary of events and collect photo or video evidence, while pocketing receipts for any extra expenses you incur.

If the issue isn’t resolved, write to your hotel or travel agent when you get home – enclosing copies of your evidence (keep originals).

If you’re still unhappy, approach any relevant trade body (like Abta) or – if all else fails – the small claims court.

Meanwhile, Robert Thompson couldn’t wait for a week of relaxation when he booked to stay at the Hotel Castello di Rodi in Rhodes with Tui.

But when he turned up, what he says he found were overgrown trees, cracked tiles by the pool and rusty sun loungers.

He said: ‘The whole place was tatty, tired and dingy. I couldn’t believe it when the door handle to the balcony fell off in my hand. It was almost farcical!’

Mr Thompson was given a £500 voucher in compensation after a lengthy complaints process with the Association of British Travel Agents.

In another case, Francesca Brown said she couldn’t wait for a soak in her Hoseasons ‘VIP’ cottage hot tub on the Isle of Wight.

The image promoting the property promised a warming dip in a pretty garden of a clapboard house.

But she claimed that what she found when she checked in was a mound of gravel surrounded by overgrown weeds, tree roots and discarded cigarette butts.

She told Which? researchers: ‘It looked more like a prison yard than a premium cottage.’

Ms Brown secured an £86 payout, but that was only equal to 15 per cent of the cost of the holiday.

Rory Boland, Which? Travel editor, said: ‘While there are some telltale signs to look out for before you book, no one is immune to falling for an idyllic set of promo photos. 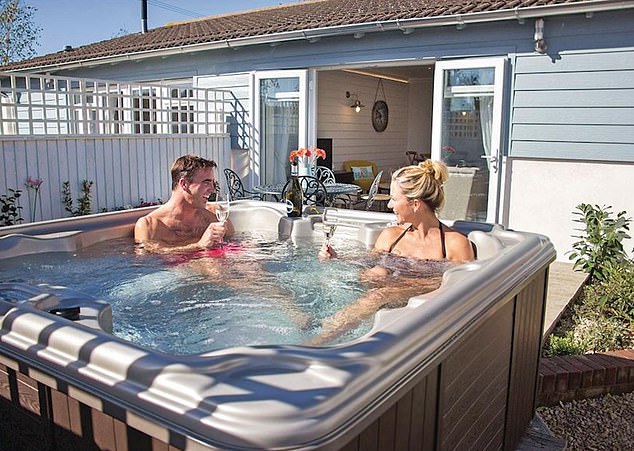 Francesca Brown said she couldn’t wait for a soak in her Hoseasons ‘VIP’ cottage hot tub on the Isle of Wight. Pictured is a promotional shot of the property 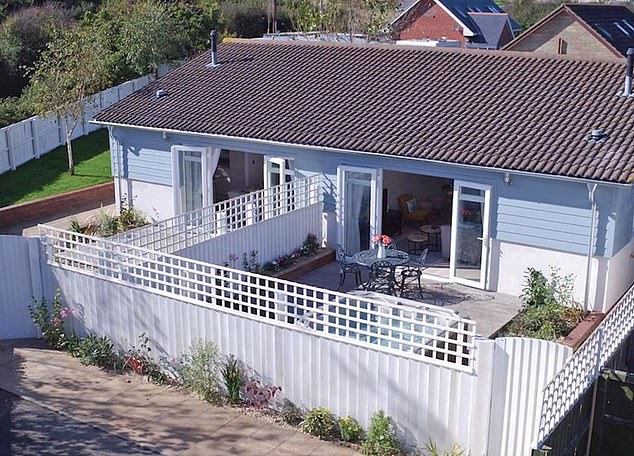 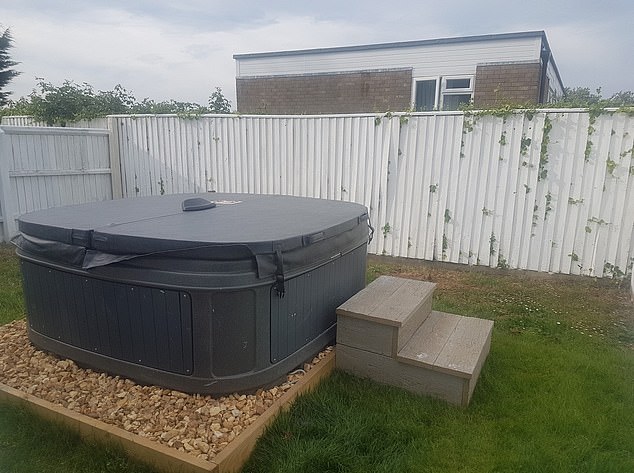 An actual image of the property taken by Ms Brown. She said: ‘It looked more like a prison yard than a premium cottage’

‘Hotels and booking sites should not be misleading holidaymakers with promises they can’t keep.

‘If your hotel is a far cry from what you were expecting you do have rights to be moved or to a refund, so don’t be afraid to use them.’

A Tui spokesperson said: ‘We’re sorry to hear that Mr Thompson and Ms Allsop’s holidays fell below expectations. We take all customer feedback seriously and can confirm we have since reviewed the content on our website for these hotels to look at any possible improvements.

‘We’d like to reassure customers that we continuously review and update all content on our website across the many thousands of hotels and destinations we feature and we understand the importance of showing our customers exactly how their holiday will be.’

A spokesperson for Hoseasons said: ‘The images of the site are representative of the customer experience, although in some cases we recognise there are variations in the outdoor space.

‘We are reviewing the current pictures to ensure they give a clear overview of the site and will be removing any we believe don’t meet our guidelines.’