In the latest leak to emerge from the tumultuous Trump White House, aide Kelly Sadler reportedly identified her own boss as a leaker when confronted by President Trump about who was spilling internal secrets.

Sadler’s name burst into public view after reports leaked that she had made an insensitive crack about Arizona Republican Sen. John McCain, who is battling brain cancer.

Mercedes Schlapp, left, pictured with her husband Matt Schlapp, was identified as a leaker in a small meeting with President Trump

Trump told Sadler at the time he wouldn’t fire her — a position in keeping with public support Sadler got from the top of the White House press shop.

Then the president told Sadler he wanted to know who the leakers were. ‘Sadler then stunned the room: To be completely honest, she said, she thought one of the worst leakers was Schlapp, her boss,’ according to the report.

According to the account, Schlapp vigorously defended herself during the meeting.

The account is noteworthy in part because Schlapp was quoted defending Sadler during the initial furor over the McCain comment.

The White House didn’t respond to a request for comment Sunday. 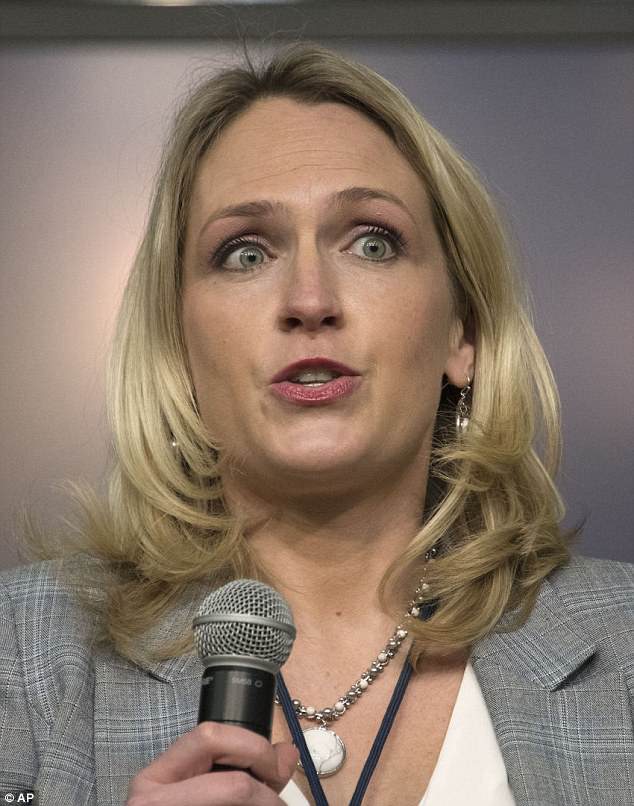 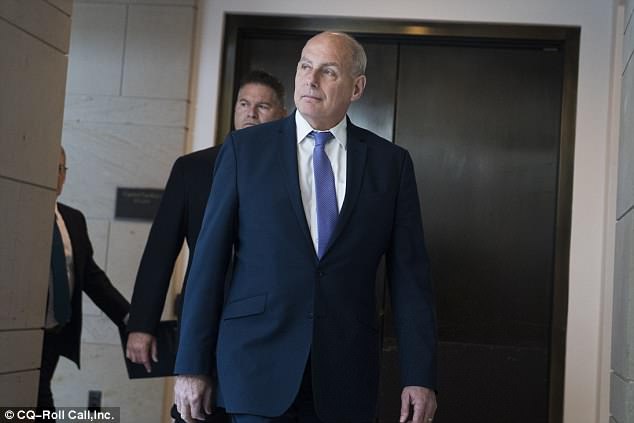 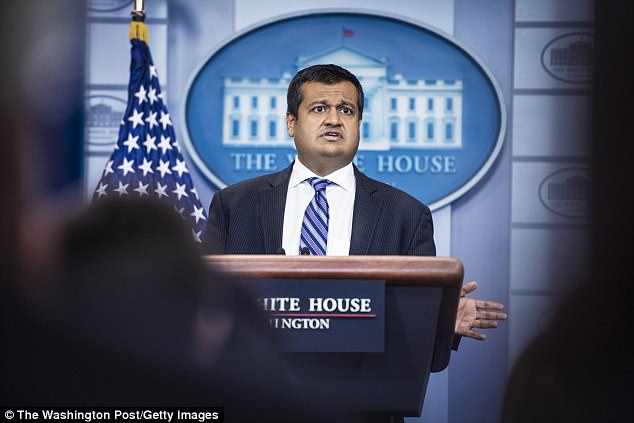 ‘You can put this on the record: I stand with Kelly Sadler,’ she said, according to an earlier Axios account.

‘Kelly is my friend. I feel bad she is going through this. She immediately called to apologize. She’s also a little bit of a victim here,’ Schlapp told CNN.

President Donald Trump has signaled to his top communications aides that he’s ready to send some of their less senior staffers packing – a move he hopes will cut the White House’s culture of leaking off at the knees.

Chief of Staff John Kelly has signed off on the plan, according to a Politico report last week.

But it wasn’t immediately clear when the axe will swing at mid-level and junior employees, or how many Kelly plans to fire.

But it appears press and messaging leaders like Press Secretary Sarah Sanders and Mercedes Schlapp are safe.

Senior Trump-whisperer Kellyanne Conway said last week, however, that the White House had identified some secret leakers, and ‘they’re not all junior folks.’

The report comes days after an official told DailyMail.com Trump would ‘take out the trash’ and get rid of mid-level leakers.