White House: ‘No reason’ not to take Mexico support offer

President Donald Trump was ‘deeply touched’ by offers of hurricane relief from Mexico and Candida – and his administration now says there is ‘no reason’ not to take it.

Mexico had offered support days ago after Hurricane Harvey barreled into Southeast Texas, but the State Department initially would not say whether the aid would be accepted.

On Thursday, security advisor Thomas Bossert said at the top of a White House press briefing that the heads of state of Canada and Mexico had each called Trump and offered to help.

‘The president was deeply touched by those phone calls,’ Bossert said.

U.S. President Donald Trump speaks during a tour of the Texas Department of Public Safety Emergency Operations Center in Austin, Texas, U.S., August 29, 2017. He was ‘deeply touched’ by offers of support by Canada and Mexico

Bossert then got asked whether Trump indicated the U.S. would accept the aid.

‘The president didn’t get into the specifics and neither did the heads of state calling. I think their primary purpose was to express and extend their prayers and thoughts and condolences to those who lost their lives,’ he hedged at first.

‘What we’ll do is turn over to FEMA the department of State to accept that request for additional actual concrete or tangible assistance. They’ll figure out how to integrate that with the operators,’ he added.

‘If we have unmet needs that we can offer some valuable supply for we’ll take that, but here’s no reason to not take that assistance,’ he said – finally indicated that the U.S. would accept aid.

The White House put out a written statement on a call with Prime Minister Justin Trudeau of Canada about the devastation and flooding wreaked by Harvey. 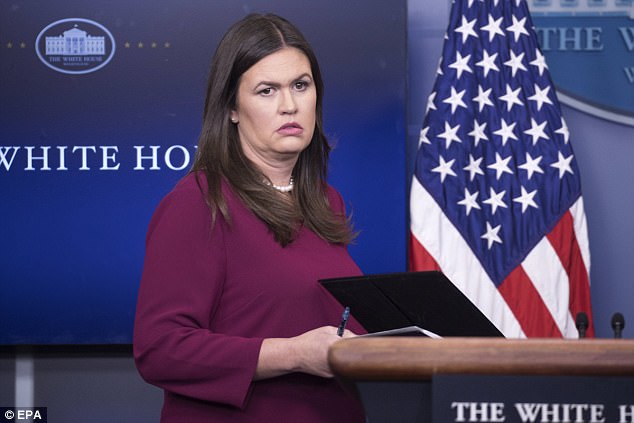 ‘President Trump thanked Prime Minister Trudeau and the people of Canada for their offer of assistance and underscored the close ties between our two nations. The two leaders also discussed the ongoing NAFTA renegotiation and stressed their hope to reach an agreement by the end of this year,’ the White House said.

In an initial statement, U.S. officials said they would ‘evaluate’ Mexico’s offer of hurricane relief.

As Hurricane Harvey smashed into Houston, Mexico’s government offered to provide the support.

The offer to help from Texas’s Gulf neighbor introduced a sensitive subject, given ongoing tensions between the two countries over President Trump’s border wall, which he has repeatedly said Mexico must pay for.

‘It is common during hurricanes and other significant weather events for the United States to be in close contact with our neighbors and partners in the region to share data and cooperate as needed and appropriate,’ the State Department said, the Washington Post reported.

Foggy Bottom said it would coordinate with other agencies including FEMA to sort through offers of support, while making no commitment to accept Mexico’s aid.

‘In the event that federal assets are not available to meet a specific request, FEMA works with the State Department to coordinate and evaluate any offers of support from a foreign nation that may assist in meeting that need.

The nation has stepped up before to help its wealthier northern neighbor, providing troops and supplies following Hurricane Katrina in 2005. Texas was once part of Mexico.

Trump said Monday Mexico would pay for the border wall ‘one way or the other,’ but Mexico has steadfastly refused.

‘We need the wall. It’s imperative,’ Trump said at a Monday press conference at the White House. ‘We may fund it through the United States but ultimately Mexico will pay for the wall.’ 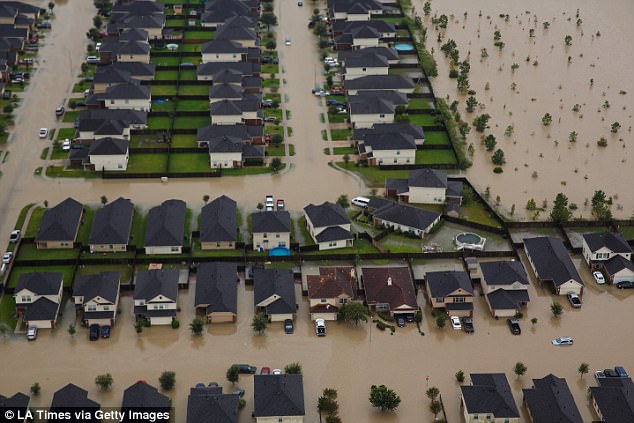 Residential neighborhoods near the Interstate 10 sit in floodwater in the wake of Hurricane Harvey on August 29, 2017 in Houston, Texas 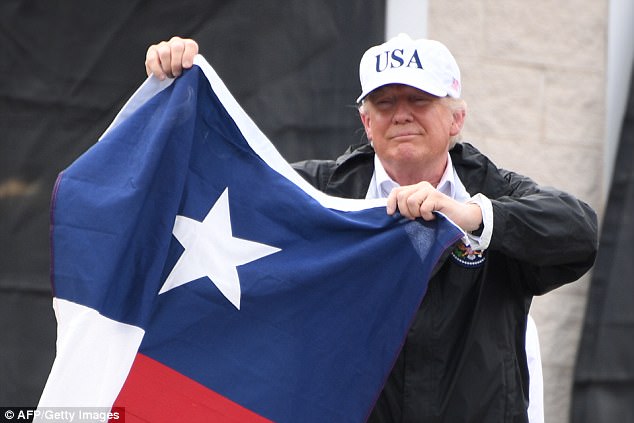 President Donald Trump holds the state flag of Texas outside of the Annaville Fire House after attending a briefing on Hurricane Harvey in Corpus Christi, Texas on August 29, 2017

Carlos Sada, Mexico’s undersecretary of foreign affairs, told the BBC that Texas Gov. Greg Abbott had ‘immediately accepted’ the offer when it was made, but that it was pending federal government approval.

Abbott was with Trump Tuesday during the president’s visit to the state.

Mexico office of foreign affairs said it hadn’t heard back from the U.S., the Daily Beast reported. ‘We still haven’t received any response,’ an unnamed representative said. ‘We made an offer, so we’re just waiting for Texas to inform us if they need anything.’