An eerie photo has the captured deadly White Island covered in fog, as volcanic unrest occurs on the island almost two years after a tragic eruption claimed 22 lives.

The White Island volcano eruption in December 2019 killed 14 Australian tourists, as well as five Americans and two Kiwis when a tour group from a cruise ship was trapped by the spurting lava.

Now a unique weather event known as VOG – volcanic fog – has left towns in the eastern region of the Bay of Plenty such as Whakatāne completely filled with fog along with foul smells of sulfur.

‘VOG is created when the sulfur-based volcanic gases mix with atmospheric moisture to form an aerosol,’ experts at GeoNet explained. 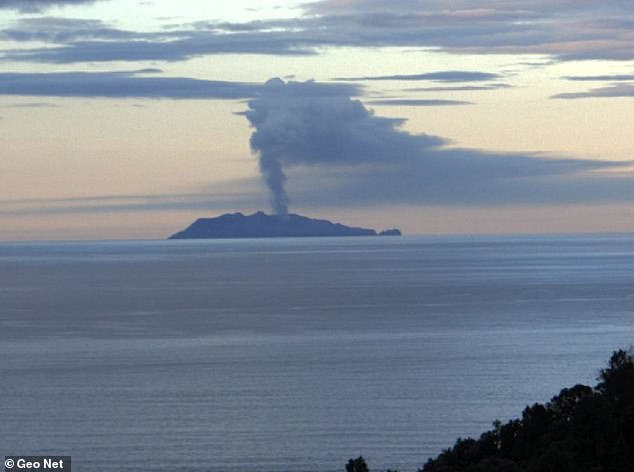 The scientists recorded an increase in gas emissions as well as sulfur dioxide,  carbon dioxide and hydrogen sulfide emissions since the last measurements on October 14. 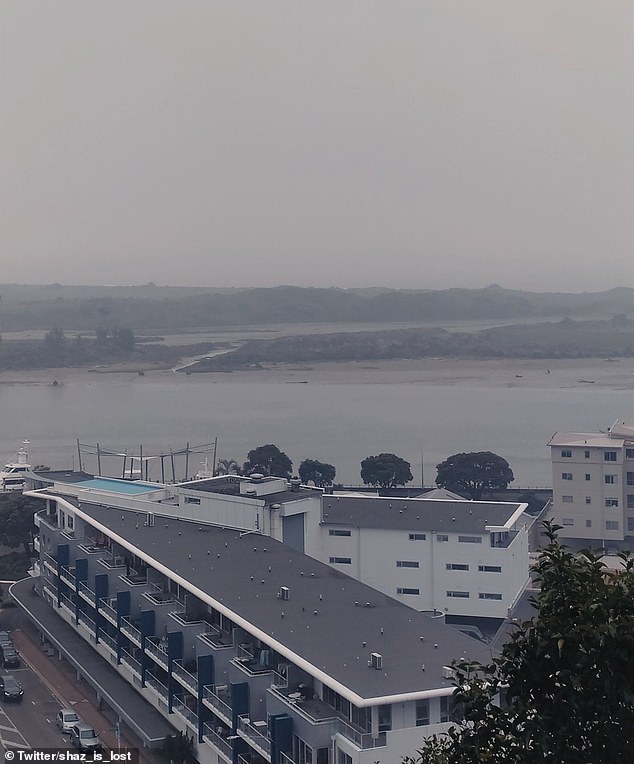 A unique phenomenon known as VOG, which is volcanic fog, has moved onshore due to volcanic gases along with various weather conditions and developing sea fog in the region

‘The volcano occasionally emits traces of volcanic ash and remains in a state of moderate to heightened unrest,’ GeoNet said.

GeoNet’s announcement mentioned that the volcanic fog was blowing onshore due to light northerly winds.

‘There has not been an eruption to produce this,’ it further added.

The rare phenomenon can be bothersome, causing watery eyes and a stinging feeling.

Individuals with respiratory health issues are advised to take caution. 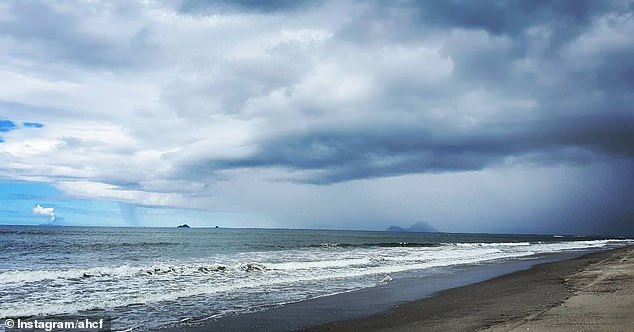 The rare phenomenon can be bothersome, causing watery eyes and a stinging feeling (Pictured: White Island in the distance from Matata, New Zealand)

GNS Science volcanologist Brad Scott told Stuff NZ that the volcanic fog was not a common occurrence in the country, and it may appear about every ten years.

‘It’s difficult to quantify as no detailed records are kept,’ he told the publication.

While Mr Scott said that satellite images indicated the volcanic fog had disappeared from the Bay of Plenty, a camera of Whakatāne still shows the town still obscured by the light fog. 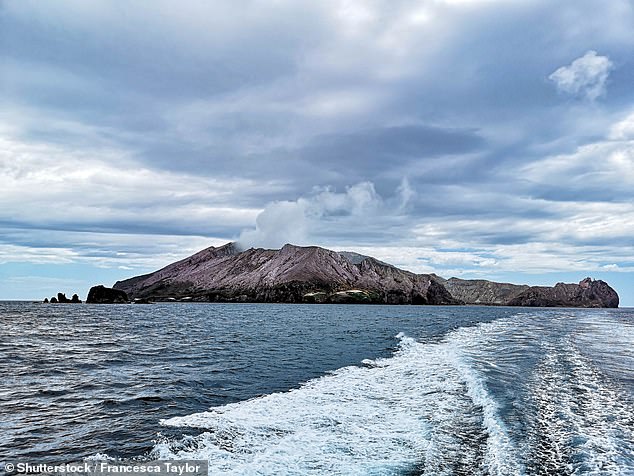 The volcanologist also noted the VOG might emerge again in the region.

‘The two key parameters are gas flux from the volcano and atmospheric conditions. While elevated unrest continues we can tick off the gas box,’ Mr Scott said.

‘The weather conditions are much less common but can occur maybe yearly or every few years.’

Massey University School of Health Sciences Associate Professor Carol Stewart urged people to reduce their time outside if VOG is covering the region.

She further added that doors and windows should remain shut while indoors, and heat pumps and air conditioning systems should be turned off as they collect outside air.

The Volcanic Alert Level for White Island is still at level two.