This is the moment elephants and their handlers paid homage to Thailand’s new king today.

Elephants dressed in yellow silk shawls and saffron flower garlands performed a 10-step jig to symbolise the 10th reign of the Chakri dynasty in Bangkok.

Footage filmed in the city’s historic old quarter captured eleven elephants walking to the beat of a drum in a dramatic parade to celebrate the coronation of King Maha Vajiralongkorn.

A day after the monarch’s three-day coronation ceremony the white-painted elephants were brought to the city by their trainers – known as mahouts.

One of the women seated on the elephants even had her baby with her – proving how safe and well trained the animals are.

The ritual-laden coronation ended on Monday with the newly crowned 66-year-old king granting Thais a public audience from a balcony of the Grand Palace.

The animals were covered in non-toxic, water-based white paint to give them a paler hue. 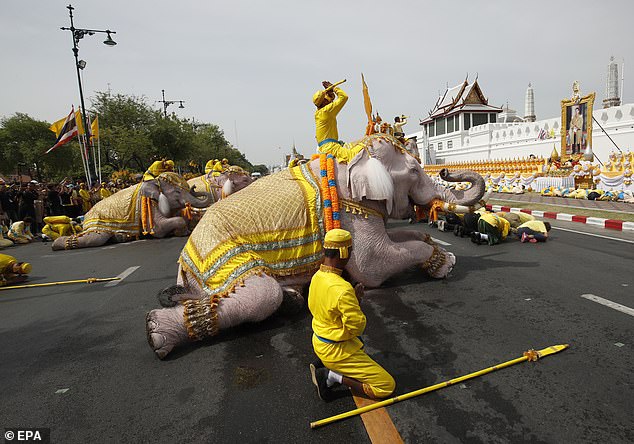 The animals bow down to show reverence for their new king. The elephants deemed worthy had received special ‘royal training’ for Tuesday’s performance, he said 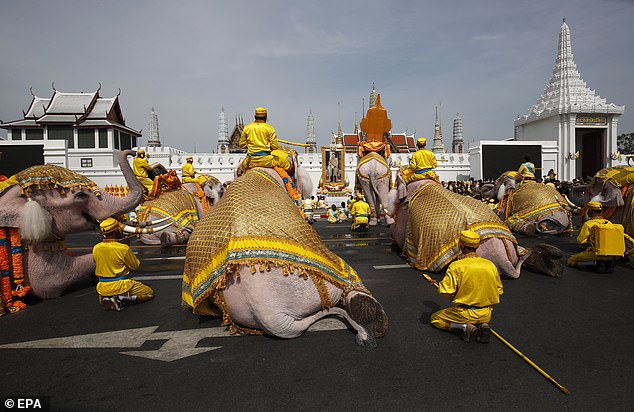 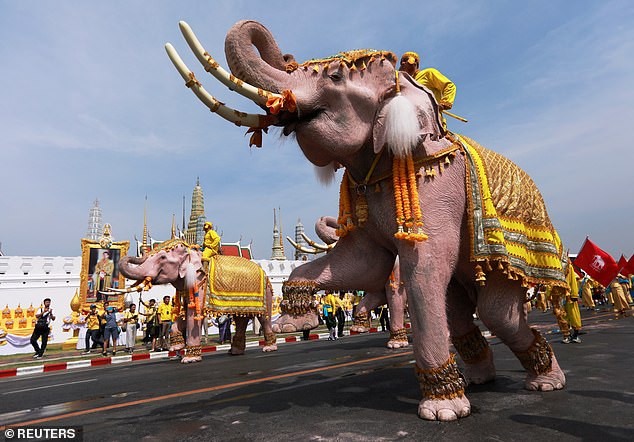 Mahout Reangthongbaht Meepon of Ayutthaya Elephant Palace, said: ‘The elephants knelt down to bow and roared, as if to say “long live the King” in the elephant language.’

‘We got the training methods from the royal palace to train elephants according to ancient traditions,’ he added. 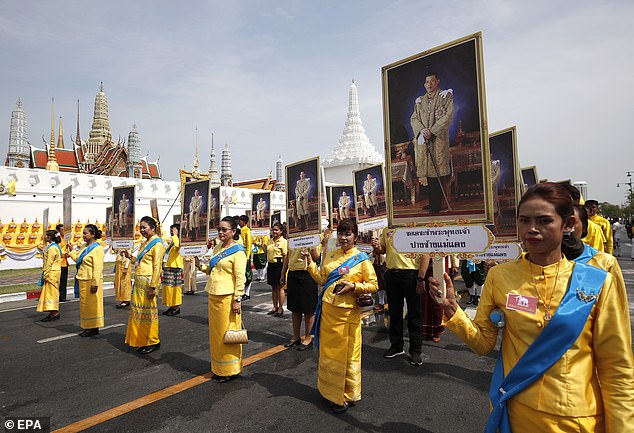 Many among the crowd of enthusiastic onlookers held portraits of the king.

‘The elephant is a symbol of the monarch, a symbol of battles, as well as a symbol of peace and serenity,’ said Bangkok resident Panarat Panchuer, 61.

The three-day coronation ceremony, rich with pageantry, was the first in Thailand in 69 years, coming after the death of Vajiralongkorn’s beloved father in October 2016. 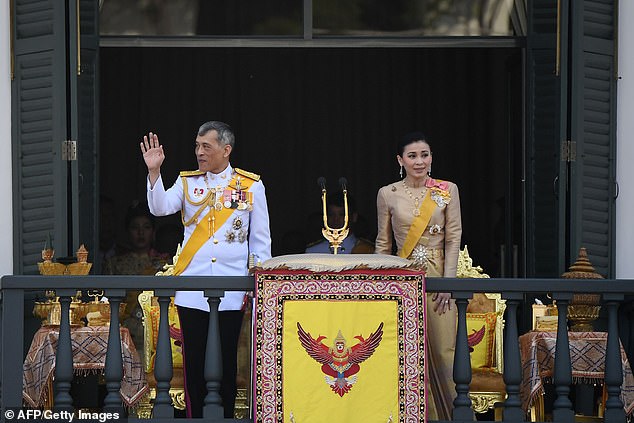 It started on Saturday, after a long period of official mourning.

The tradition began by anointing the king with sacred waters before he donned a tiered golden headpiece weighing more than seven kilograms (16 pounds).

The second day of ceremonies saw the king carried on a gilded palanquin for several hours under a searing sun, before capping the coronation on day three with his public address. 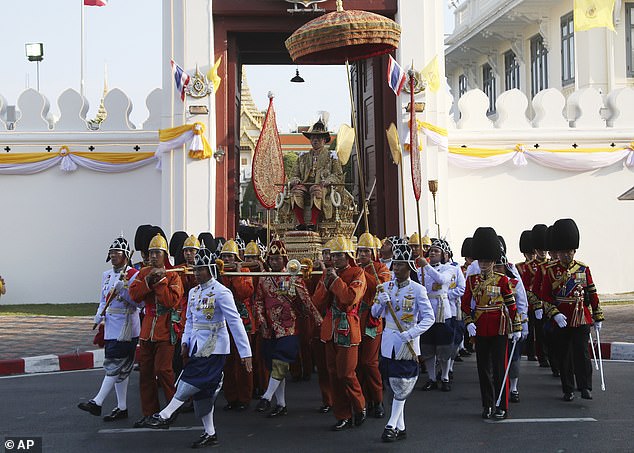 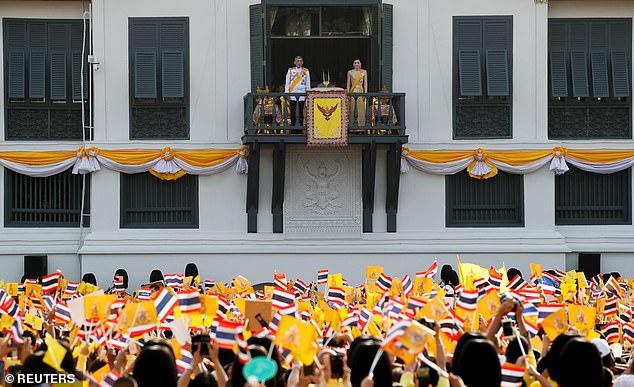