Clive Davis is weighing on the secret romance between the late Whitney Houston and her confidante Robyn Crawford.

Robyn and Whitney – who met in 1980 when they were both counselors at summer camp – had a ‘teenage, one-year affair,’ the music mogul claimed.

The subject of the long-rumored secret relationship has resurfaced due to its inclusion in the Whitney biopic I Wanna Dance With Somebody starring Naomi Ackie, released in cinemas today.

Robyn previously confirmed the relationship with the late star herself in her 2019 memoir, claiming it was ‘romantic and sexual’ but ended due to homophobic pressure.

In a new interview with Extra, Clive stated: ‘They did have a teenage, one-year affair.’

He added: ‘There have been so many articles that have… attempted to trace her addiction to being a frustrated lesbian or never dated a man before Bobby, all of which was totally inaccurate.’ 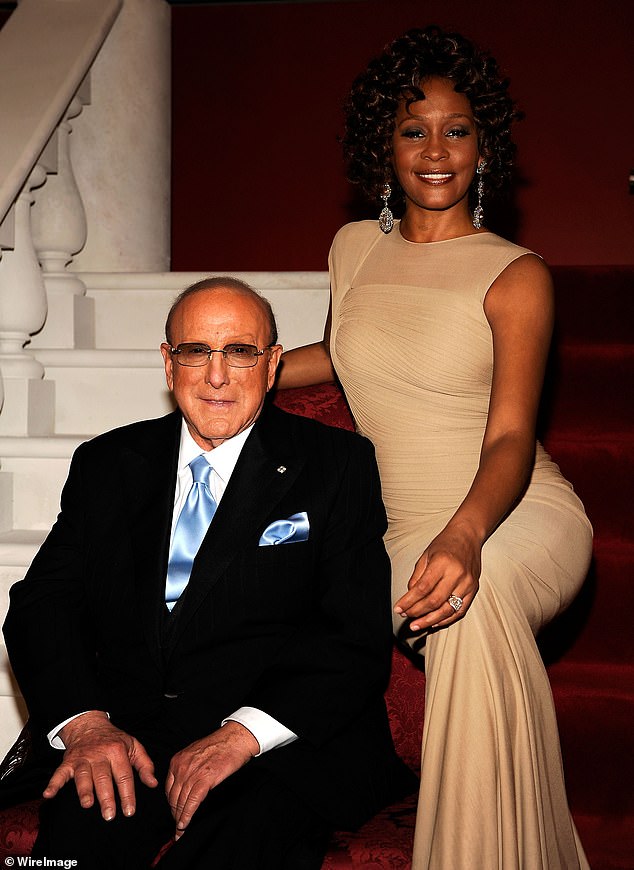 He’s the boss: Clive Davis pictured with Whitney in 2009

‘I know of several men that she dated before Bobby. I mean, she did see Jermaine Jackson for two years.’

The pair met when Robyn was 16 and Whitney was 19, and she eventually became working for the superstar as her personal assistant.

Despite years of hearsay – including rumors that that the affair long continued into their adult years – neither of them confirmed their alleged romance while the star was still alive.

Robyn, now 62, broke her silence about their brief secret romance for the first time in 2019, seven years after Houston’s sudden death at 48. 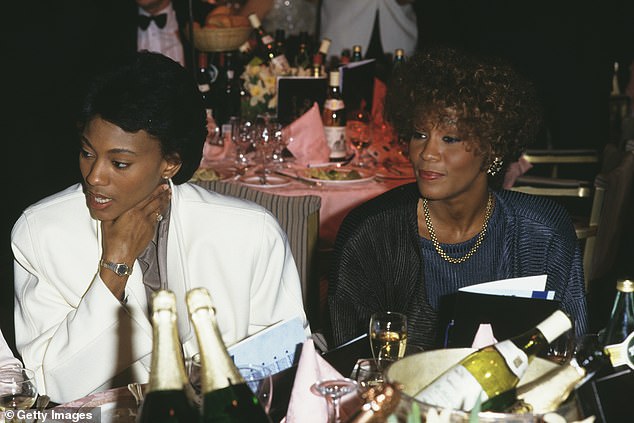 She spoke with The TODAY Show in an interview and described the early days of their relationship, which began when they met as teenagers at summer camp in 1980.

‘Our friendship was a deep friendship. In the early part of that friendship, it was physical,’ Crawford told TODAY’s Craig Melvin.

She said no one knew about the physical aspect of their relationship, because ‘it was ours’.

The terms of their relationship shifted when Houston’s career began to take off. Crawford recounted how Whitney came to her one day in 1982, around the time that she signed a record deal with Clive Davis, and said: ‘I don’t think we should be physical anymore.’

‘The music business was a world we were learning,’ Crawford said. ‘We didn’t want anything to interfere with where she was going.’

Asked whether she was angry about Houston’s decision, Crawford said no. 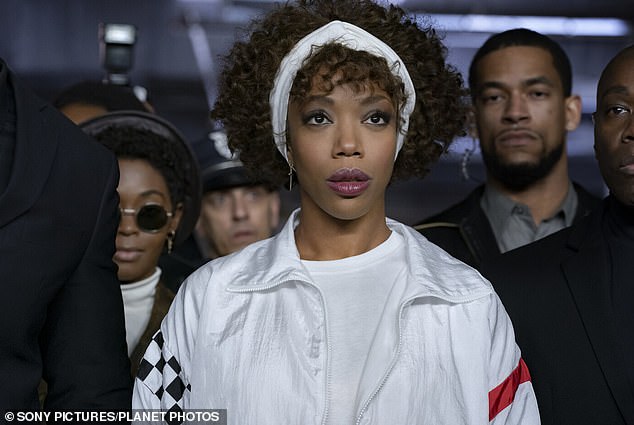 Playing out: Naomi Ackie is starring as Whitney Houston in a new biopic on the late star

‘I just felt that I wouldn’t be losing much. I still loved her the same and she loved me,’ she said, adding: ‘We were intimate on many levels.’

Crawford explained that she’s opening up about the romance nearly four decades later because she wants the world to see a more complete view of the superstar she knew and loved.

‘I watched [Houston] rise to the top of her game and I felt compelled to share who that woman was behind all the fame,’ she said.

‘I never envisioned speaking publicly about my life and then I asked myself the question: “What would Whitney want? Would she understand you know, the time is now?”‘

Melvin asked whether Crawford is worried that people will speculate that she made the story up, to which she replied: ‘Some people may feel that way. Hopefully they won’t.