Who are the Premier League’s lucky (and unlucky) charms?

When Gareth Bale was at Tottenham, there was a time where he was almost considered a jinx – they went on a run of 24 matches without winning whenever he played – but in a remarkable turnaround he soon became their talisman.

There are no players in the Premier League this season who have gone through such extreme fluctuations in fortunes as Bale, but each club certainly seems to have their lucky charms – and some not-so-lucky ones too.

David Silva, for example, has a quite extraordinary record for Manchester City this season. City drew their second game against Everton, but Silva has won every single match he has played in since that day – 22 and counting – to give him a points-per-game average this season of, wait for it, 2.92.

There is no better place to start than Manchester City, where Silva averages a whopping 2.92 points per game in his 24 City appearances this season.

Across town at Manchester United, the much-maligned Marouane Fellaini is the surprise totem – he has the best points-per-game average under Jose Mourinho, on 2.54 a match from 13 games. 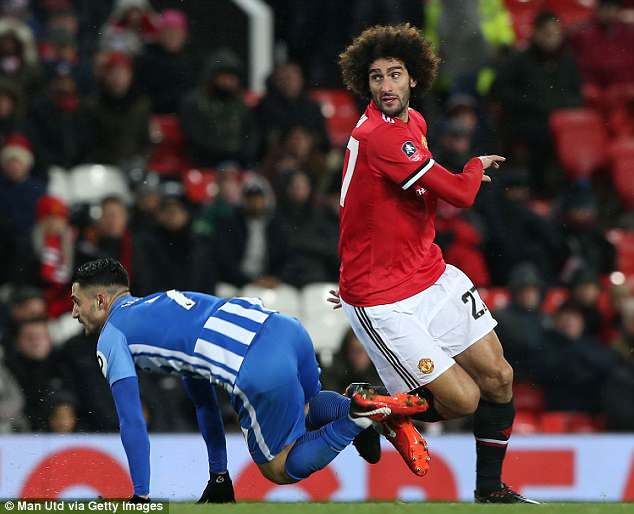 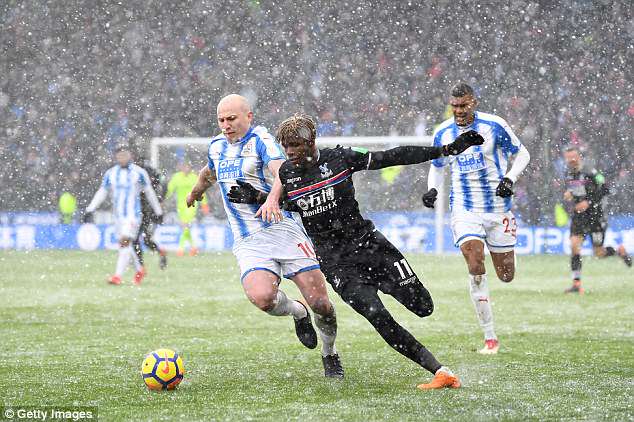 Wilfried Zaha (centre) is Crystal Palace’s totem, inspiring them to 1.36 points per game 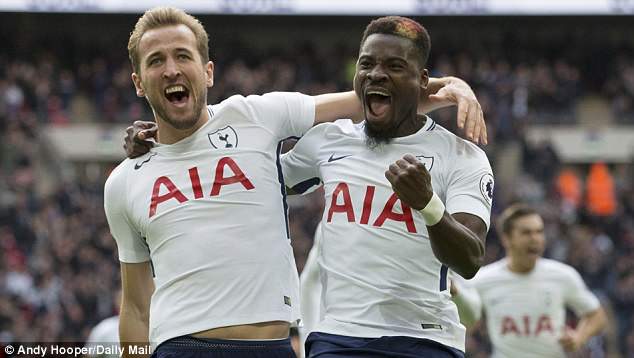 Serge Aurier is the surprise name at the top of Tottenham’s list, ahead of Harry Kane

There is another surprise at Tottenham, where right back Serge Aurier (he of the three foul-throws in one match farce) inspires his team to take an impressive 2.2 points per game.

At Liverpool, Adam Lallana has been sidelined by persistent injury woes but in his 10 games this season his side have won seven and average 2.2 points per game.

Chelsea offer another shock – they take 2.17 points when Danny Drinkwater plays but only 1.69 when fellow midfielder Cesc Fabregas, widely considered the more gifted of the pair, is on the pitch.

To complete the big six, Arsene Wenger takes 1.91 points a match when defender Sead Kolasinac is on the pitch for Arsenal.

At the other end of the table, West Brom’s final ray of hope for maintaining Premier League status may be through Sam Field. The Baggies take 0.9 points a game when he plays – while new boss Mark Hughes will note Southampton take 1.09 points each game Mario Lemina features in.

Unsurprisingly, Wilfried Zaha is Crystal Palace’s key man. The Eagles have won 1.36 points each game the Ivory Coast international has featured in whereas with Jason Puncheon in the team that figure drops to 0.5. Roy Hodgson will not, however, need reminding of Zaha’s value to his team in their relegation fight.

Unfortunately for Scotland midfielder Oliver Burke his average of just 0.15 points per game for West Brom this season is the worst record in the Premier League by some distance. He has made 13 appearances so far this campaign and is yet to score for the basement boys.

The disastrous loan spell of Renato Sanches at Swansea from Bayern Munich is arguably typified by his average of 0.42 points per game, having played in 12.

Stoke only average 0.5 points for every time Jese Rodriguez plays while fellow relegation contenders Southampton win an average of 0.84 points per game when both Manolo Gabbiadini and Sofiane Boufal appear – both have played 25 times for Saints this season and won only three.

One of the most eye-catching stats of all in the ‘jinxes’ category comes at City. Full back Danilo has the lowest points-per-game ratio in the blue half of Manchester, yet City still average a cool 2.47 points whenever he plays, illustrating Pep Guardiola’s dominance of the division. Over 38 Premier League matches in a season, using Danilo’s relatively low points-per-game figure would mean City still finish with a huge 94 (93.87) points. 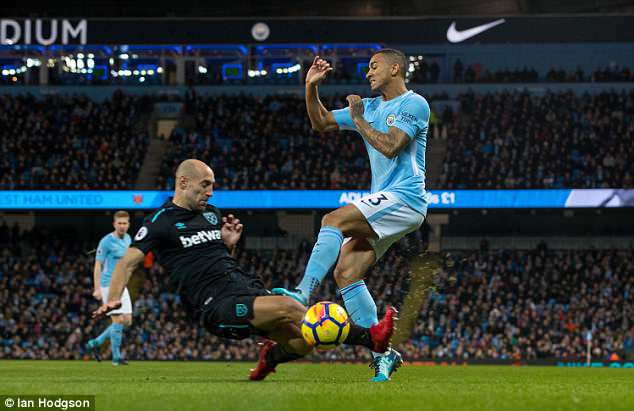 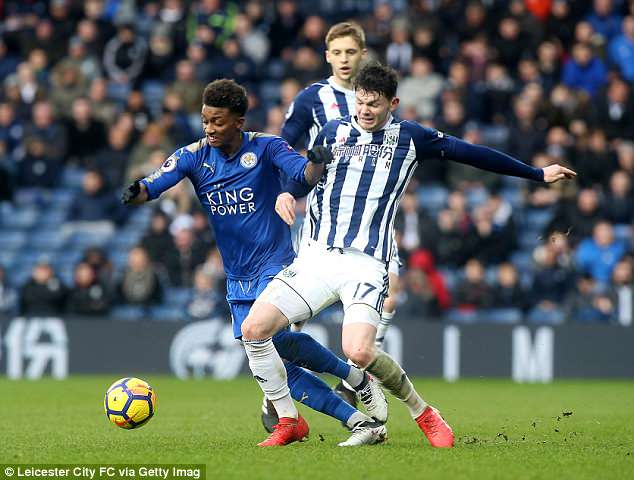 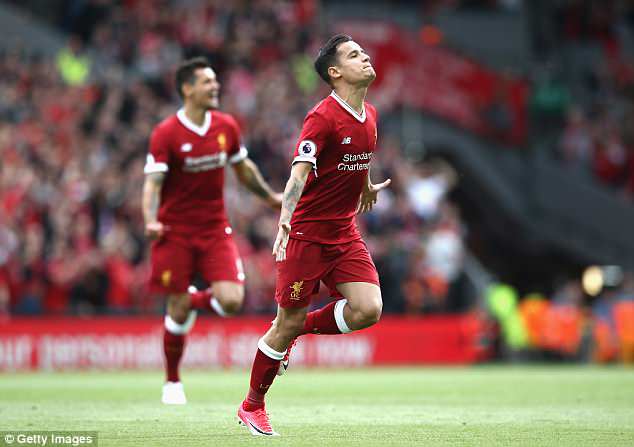 Philippe Coutinho, now at Barcelona, is the surprise name at the bottom of Liverpool’s list Renato Sanches was a big loan signing for Swansea but they have won just 0.42 points per game when he has played

A mention too must go to Liverpool, where Philippe Coutinho has the lowest points-per-game average for this season, at 1.79.  Yet could Liverpool really be better off with him elsewhere? Unlikely.

Henrikh Mkhitaryan still has the lowest average at United (1.93) despite his January exit to Arsenal, who win only 1.2 points every time Danny Welbeck plays in attack.

That is a lower total than that of rivals Tottenham’s worst-performing player, Fernando Llorente, who takes home only 1.79 points per game.

And spare a thought for Gareth Southgate heading into the World Cup – long-time England No 1 Joe Hart averages just 0.67 points per game for loan club West Ham after appearing 15 times so far this season. He’ll be lucky to be in Russia on this evidence.