Who has their hand on Brynne Edelsten’s crotch?

She’s been flaunting her romance with new girlfriend Coby Boatman for days.

But on Saturday, Brynne Edelsten decided to spread the love around as she passionately kissed Coby in a Melbourne nightclub while a unidentified individual had their hand firmly planted on her crotch.

On first glance, the hand in question appeared to belong to Ms Edelsten herself.

That’s not a high five! A mystery hand was on Brynne Edelsten’s crotch as she made out with her new girlfriend Coby Boatman – but WHOSE hand is it?

However, upon closer glance, the mystery mitt has a darker complexion to Brynne’s golden brown solarium skin.

The X-rated optical illusion is actually the result of the reality star sitting in the lap of somebody, who has then wrapped their arm around her waist and placed their paw south of the border.

The identity of the touchy stranger remains unclear, but Brynne didn’t seem to mind having an extra hand on deck as she kissed Coby. 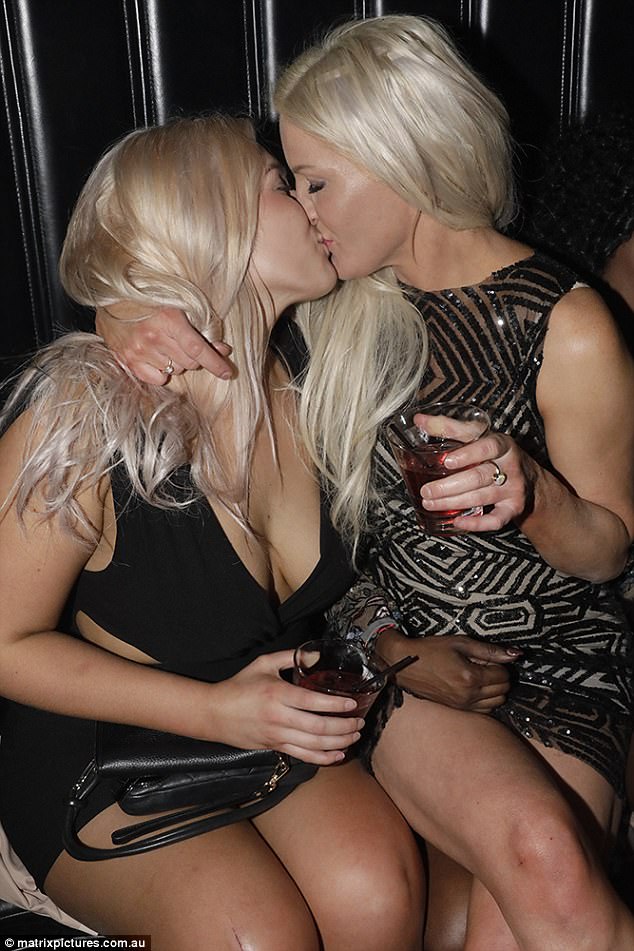 On Friday, the 34-year-old told KIIS FM’s Kyle And Jackie O show that Coby is her first relationship with another woman.

Shock jock Kyle Sandilands asked if this was the first time she’d ‘been’ with a woman, with Brynne responding: ‘No, no, but it’s the first relationship I’ve had with a woman.’ 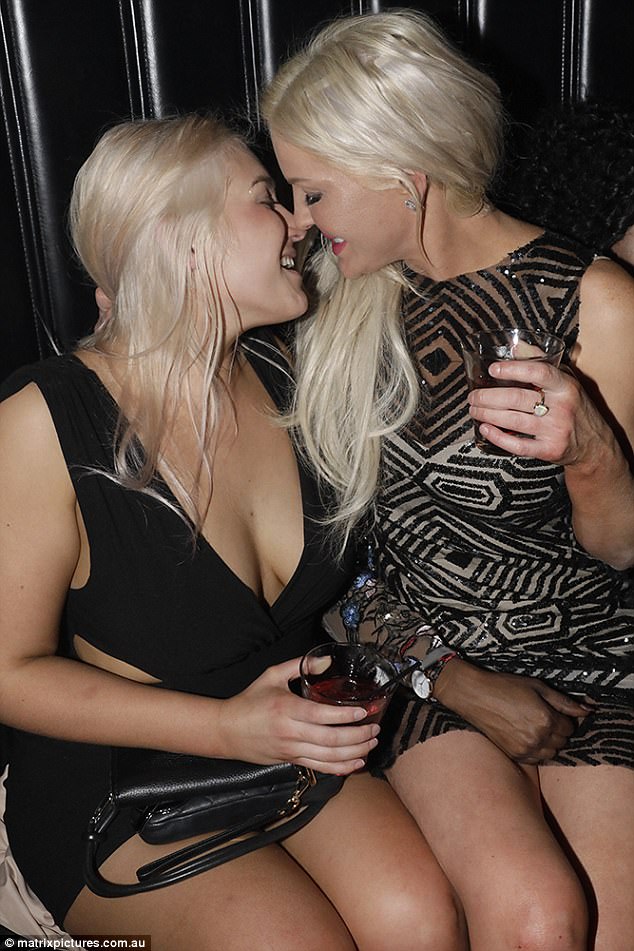 Who could it be? The touchy stranger’s skin was a different complexion to Brynne and Coby’s, meaning that it had to belong to an unidentified third party

The couple were seen to be getting very up close and personal at the Japanese pizza bar, looking smitten as they shared passionate kisses at the table.

When asked by the radio duo why she chose Coby to embark on her first lesbian relationship with, she said: ‘I actually don’t know, because I never would of thought that was something that I would want to do, but like it just works, I don’t know.’

Brynne claimed she’d known the advertising sales executive for two years and had a ‘girl crush’ on her for some time.

‘She was my girl crush, but more like a fantasy girl crush than anything I took serious,’ the buxom beauty revealed. 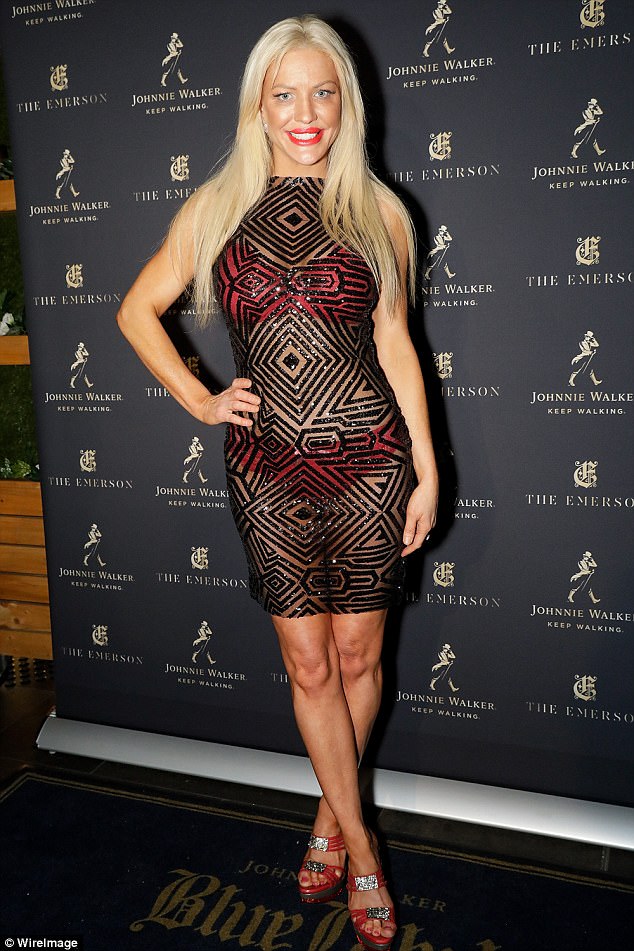 ‘She was my girl crush, but more like a fantasy girl crush than anything I took serious!’ Brynne recently opened up about her new lesbian romance to shock jock Kyle Sandilands