Ed Sheeran has reportedly quietly slipped a ring on the finger of the girl who won his heart when they were both still teenagers at school in rural Suffolk.

The ‘secret’ ceremony between the flame-haired pop star and his fiancee Cherry Seaborn is thought to have been a low-key affair just before Christmas – with just 40 guests thought to be present.

The union comes just a year after Ed had denied that he and Cherry had tied the knot, after he was questioned about a new ring that had appeared on his wedding finger.

Sheeran, with hits such as Galway Girl, Shape of You and The A Team, has already amassed a fortune of around £60million.

Pop star Ed Sheeran, 28, and Cherry Seaborn, 26, who were once school mates back in their hometown of Framlingham, Suffolk, are said to have wed in a secret ceremony with just 40 guests after becoming engaged in December 2017 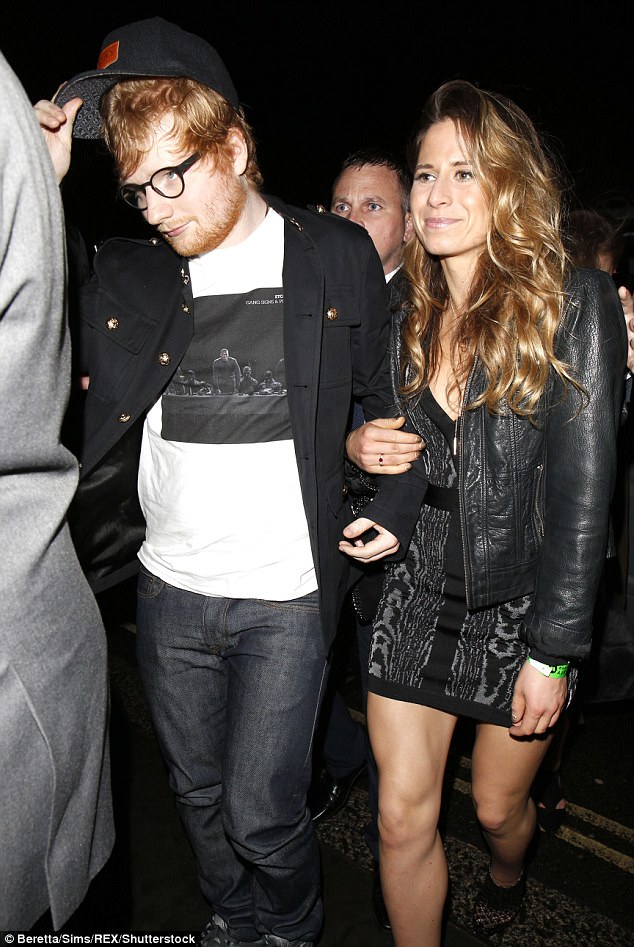 Hello Mrs Sheeran! Cherry Seaborn, pictured with the star at the Brits in 2017, grew up in a period property close to the Suffolk town with her mum Ann, dad Matthew, an architect, and younger brother Charlie – short for Charlemagne 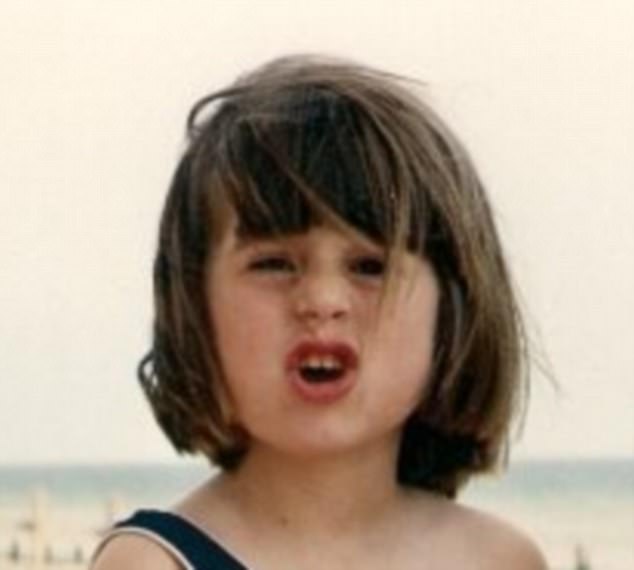 Cherry completed her science degree at Durham University, then travelled to America to take a qualification at the Master of Management Studies programme at Duke University in North Carolina (pictured: Cherry Seaborn as a child) 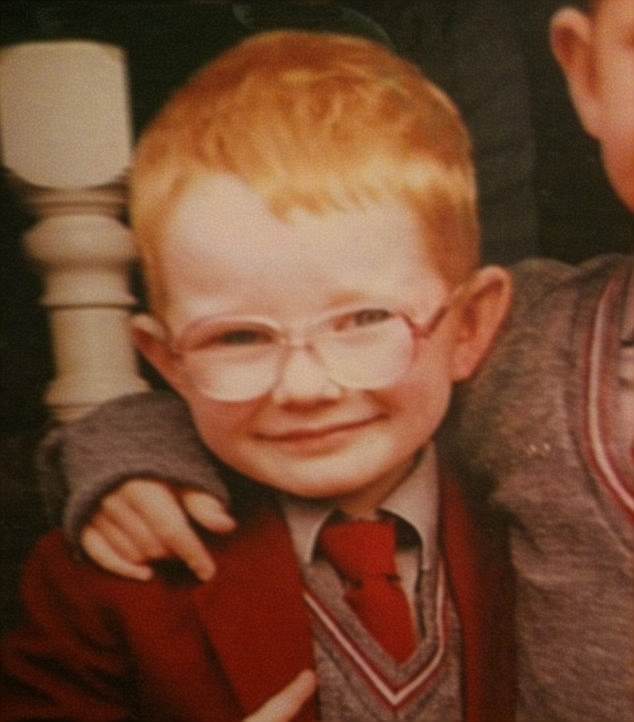 While Cherry was one of those lovely, grounded girls who is friends with everyone, young Ed was a bit of an awkward teenager. He said: ‘I was quite a weird kid when I was little’ (pictured: Ed Sheeran as a child) 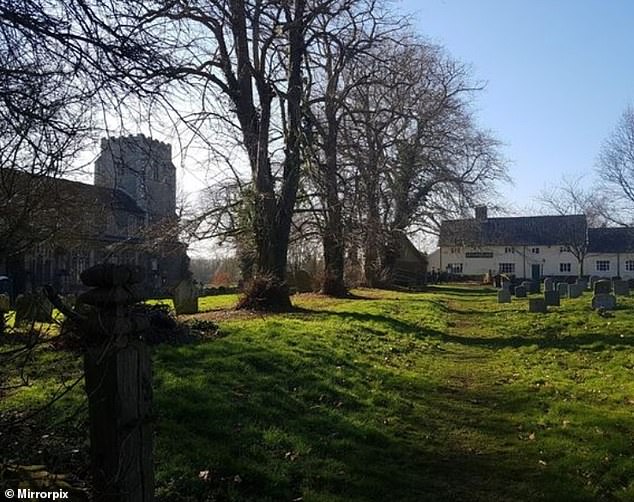 Chapel of love: Is this the church where the happy couple said ‘I do’? St Andrew’s church in Wingfield, Suffolk was said to be the setting for the wedding before Christmas

So, just who is the 26-year-old that the global pop sensation has chosen to share his life with?

A source told the Sun: ‘Ed got married a few days before Christmas. It was very quiet – just Ed’s oldest school pals, limited family and the priest.

‘There were only 40 people – so no Taylor Swift, record company executives or any royals or pop star pals. He wanted no fuss and he wanted it to be something entirely for them – just a tiny winter wedding.

‘Neither of them were that fussed about making a big deal about it. Cherry just wanted to get it out of the way without any problems or intrusions.’

MailOnline has contacted representatives for Ed Sheeran for comment.

The key to relationship’s success seems to be their humble Suffolk roots. Both were pupils at Thomas Mills High School in rural Suffolk.

Cherry, in the year below him, stood out for her natural ability at hockey and Ed for his obvious musical talent.

She grew up in a charming period property in a village outside Framlingham with her mother Ann, father Matthew, an architect, and younger brother. 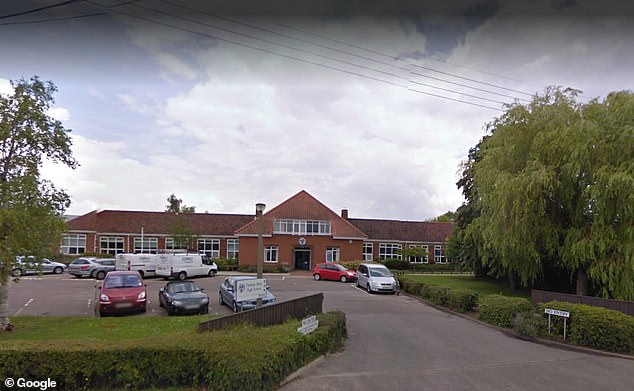 While cupid didn’t knock first time around for Ed and Cherry, the couple did become firm friends while studying – and both excelling with their respective talents – at Thomas Mills High School in Framlingham. Ed has said he would like to send his children to his school, Thomas Mills – he has a tattoo of its emblem above his belly button 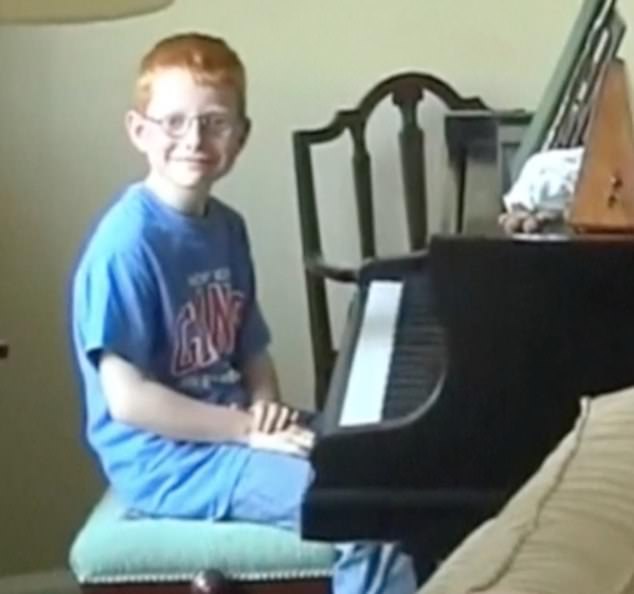 Talent: Sheeran pictured as a young boy honing his skills at the piano; while he is thought to have had a crush on his school friend, the love was unrequited until the pair met again in their twenties

Charlie is in the same business as his brother-in-law-to-be, writing film and theatre music.

It’s thought the wedding took place in the same portion of Suffolk that they grew up in, where Ed has a property and where both families have roots.

Ed’s parents still live in the town, and Cherry’s are about ten miles away.

While Cherry exudes down-to-earth charms, offering a world away from the glitz of celebrity, there are some eccentricities in her family, such as the fact that her middle name is Paean, meaning ‘a song of praise or triumph’, while her brother Charlie is actually Charlemagne. 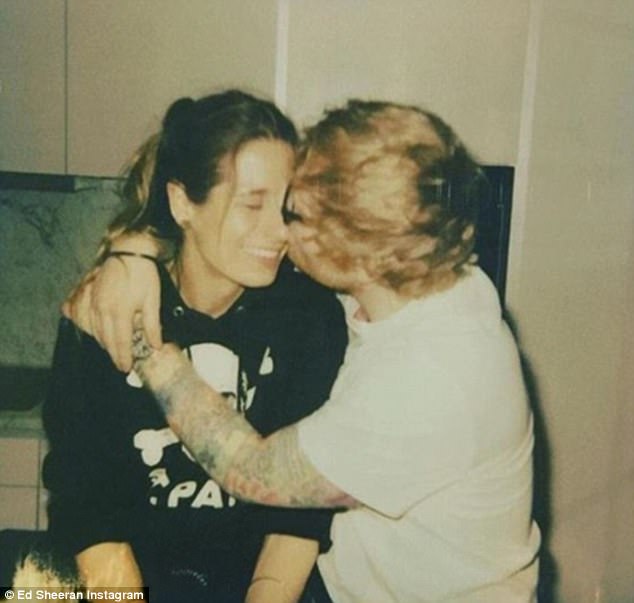 Down-to-earth: Ed posted an Instagram announcing the couple’s engagement back in January 2018, saying: ‘Got myself a fiancé just before new year. We are very happy and in love, and our cats are chuffed as well’ 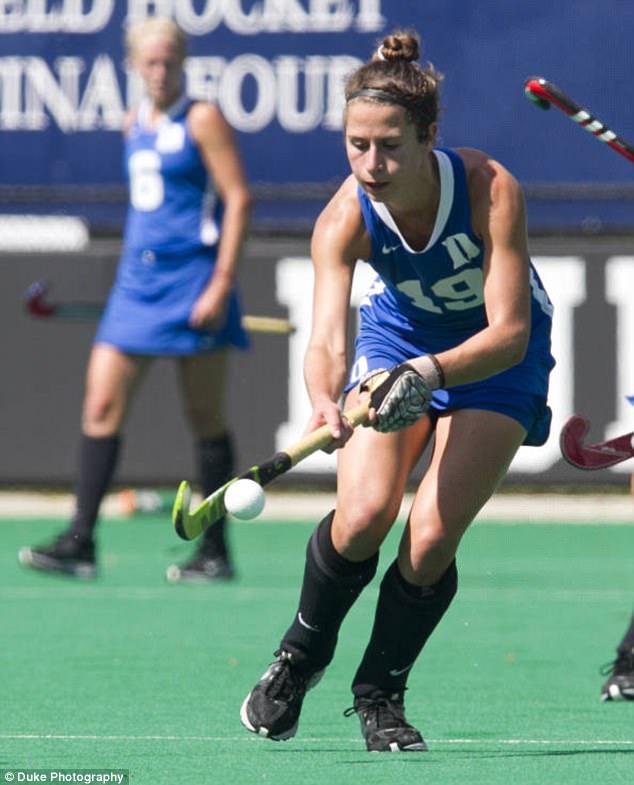 Cherry Seaborn, in the class below Ed Sheeran at Thomas Mills High School, was an ace on the hockey field.

Indeed Ed’s song How Would You Feel (Paean), from Divide, appears to be a reference to his fiancée’s moniker.

Its romantic lyrics (‘I’ll be taking my time, spending my life / Falling deeper in love with you’) suggest he was thinking about the long term early in their relationship.

While Cherry was one of those lovely, grounded girls who is friends with everyone, young Ed was a bit of an awkward teenager. 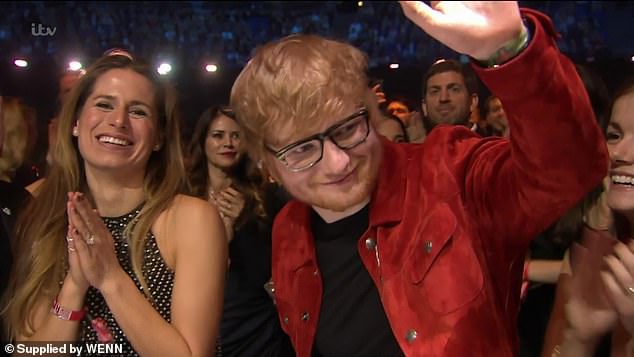 Happy together: Ed and Cherry met again in 2015 while she was working in America and he was on tour there…the couple haven’t looked back and announced their engagement in 2018

‘I was quite a weird kid when I was little’ he said. ‘I wore big glasses, had hearing problems, had a stutter and I had ginger hair.’

He lived with mum and dad, Imogen and John, and brother Matthew, in Framlingham, but dropped out of school at 16 to seek his fortune as a singer. At the outset he busked and slept rough under an arch near Buckingham Palace.

Cherry took a more orthodox route to success. After completing her science degree at Durham University, she travelled to America to take a qualification at the Master of Management Studies programme at Duke University in North Carolina. This allowed her to pursue her passion for hockey as part of the university’s prestigious Blue Devils hockey team.

Mark Barreca, whose daughter Hannah played with her, said: ‘Cherry is a wonderful young lady, really nice and a great hockey player. Ed Sheeran is a lucky guy.’

Hockey was a big part of Cherry’s life at Duke, and she gave some insight into her personality when she spoke to the university magazine. 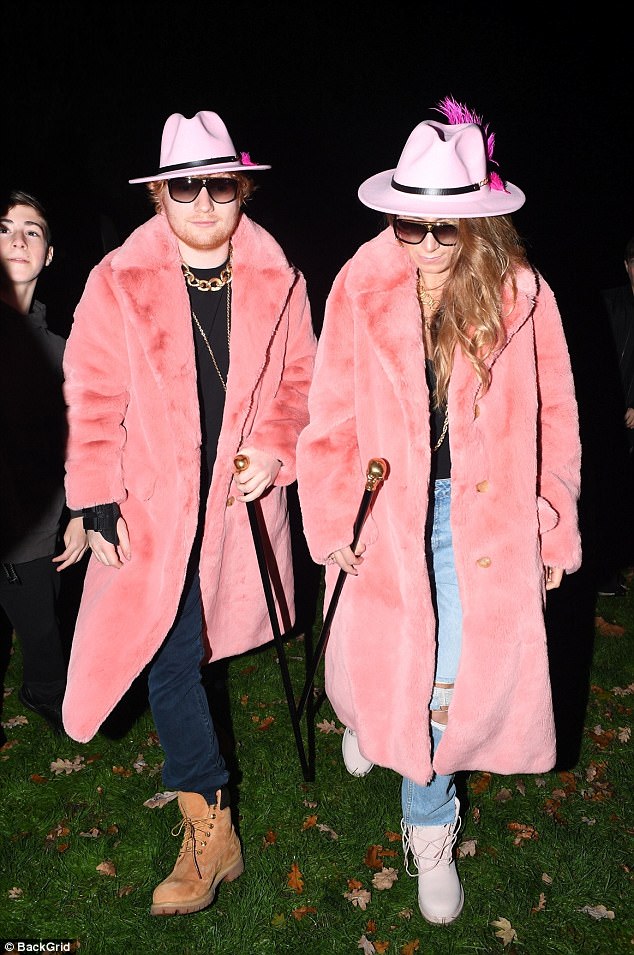 Ed and his fiancée are clearly besotted, although they seem like chalk and cheese. Creative Ed tends to present a rather shambolic appearance to the world, while Cherry, 25, is a well-put-together, athletic young woman with a sharp business mind

In the summer of 2015, she was still in America when Ed visited the country. Coincidentally, it was around this time he had been in the doldrums about fame and the lack of freedom that came with it.

In January last year, he broke the happy news to his then 19 million followers on Instagram that the pair were engaged with a sweet, again low-key photo of them embracing.

He wrote: ‘Got myself a fiancé just before new year. We are very happy and in love, and our cats (Dorito and Calippo) are chuffed as well.’

In 2016, the pair went off travelling for five months. They visited Japan, New Zealand and Ghana before heading to Iceland to see the Northern Lights. While there, Ed had a horrifying mishap when he put his foot in a boiling geyser, which melted the skin off his foot. ‘I had to get choppered out. I missed the Northern Lights as I was in hospital,’ he said.

When the pair returned, Cherry took up her position at Deloitte in London. Early last year she joined a hockey club in South London.

Cherry’s addition to the team has been quite exciting for anyone who likes both hockey and Ed Sheeran — he has been seen cheering on the sidelines at one or two matches.

The couple are believed to have been living together  for two years – Ed has a property in London, too.

They’ve been spotted once or twice browsing around Portobello Road Market, but tend to shun celebrity parties.

The only time they could have been accused of courting attention is when they arrived at presenter Jonathan Ross’s house for a Halloween party last year in matching pink coats and hats.

Ed has said he would like to send his children to his school, Thomas Mills. He has a tattoo of its emblem above his belly button.

So who would bet against the happy couple ending up settling back in Framlingham, living quietly in the country — and, with the small exception of his vast wealth and fame, enjoying a life almost like the old days?