It is not the signing anyone expected Liverpool to follow up their Champions League win with, but Sepp van den Berg became the first player in the door at Anfield this summer on Thursday.

The 17-year-old defender is little known in England and does not exactly have a massive reputation in Europe outside of the game.

But Sportsmail has taken a look at his recent past to answer any burning questions you have about the centre back.

So, just who is Sepp van den Berg?

Liverpool’s new boy is a central defender who came through the academy at PEC Zwolle. He’s 6ft 2in, ginger, and has stood out on a pitch for years — both because of his bright red hair and his raw talent.

In March 2018 he became the youngest player to feature in the Eredivisie for nearly 60 years during a 2-0 defeat against Groningen.

Zwolle knew Van den Berg had a growing reputation. Liverpool were eyeing him before he even penned professional terms, as were Borussia Dortmund.

By September last year, he had also broken Clarence Seedorf’s record as the youngest player to feature in 10 Eredivisie games. 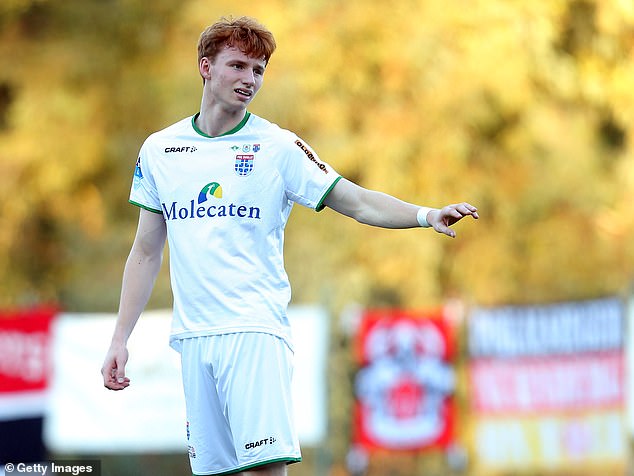 Most of the top teams in Europe. Van den Berg entered the last year of his contract at the end of the season and made it clear that he had no plans to extend his stay at Zwolle.

That meant he could be bought for cheap and with his growing reputation, it was a no-brainer for most sides.

Sampdoria jumped first and made an offer to sign him in January but were not successful with their bid. 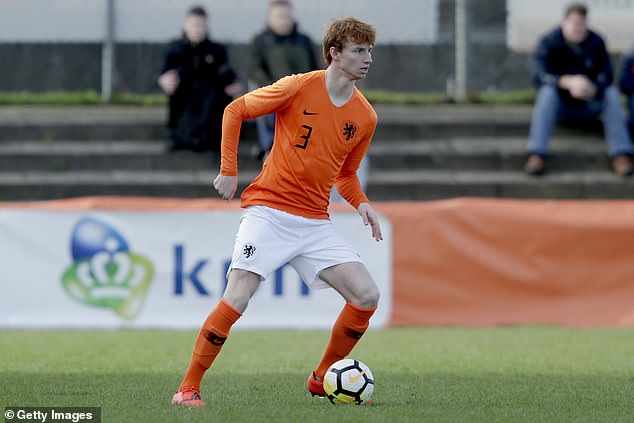 How does he compare to Liverpool’s defenders?

Van den Berg made 15 league appearances for Zwolle last season and in that time, he made two tackles per 90 minutes with an 83 per cent completion rate.

But that is not necessarily a positive. Virgil van Dijk made the fewest tackles of any Liverpool defender last season, at just one per 90 minutes, and few would criticise him.

He was also successful with an incredible 100 per cent of them.

Van den Berg did complete more tackles than both Dejan Lovren and Joe Gomez, who each performed 1.4 per 90, and neither of them were as successful as him.

And he clearly reads the game well. He manages 1.2 interceptions per 90 minutes, which is more than any Liverpool defender except for Joel Matip.

The Dutch youngster will have to work on his aerial prowess though. He won just 40.6 per cent of his headers, far fewer than any other Liverpool centre back. 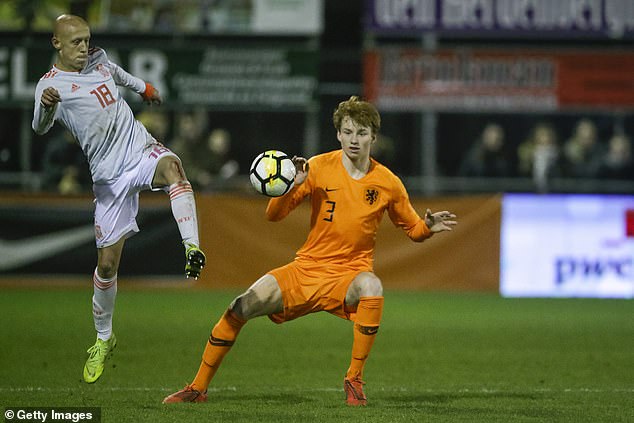 There are elements of his game that need improving, as can be seen by his raw statistics

How much will he feature for Liverpool?

The plan is for Van den Berg to drop into the Under 23s at Liverpool and develop as a player.

But he will join the first-team during their pre-season tours this summer.

The intention is that he will be able to develop into a first-team player in the future and prove a bargain further down the line.

He’s already got a calm presence and is good positionally, meaning it is those raw aspects of his game that need to be worked on. Luckily, that is what can be taught on a training pitch. 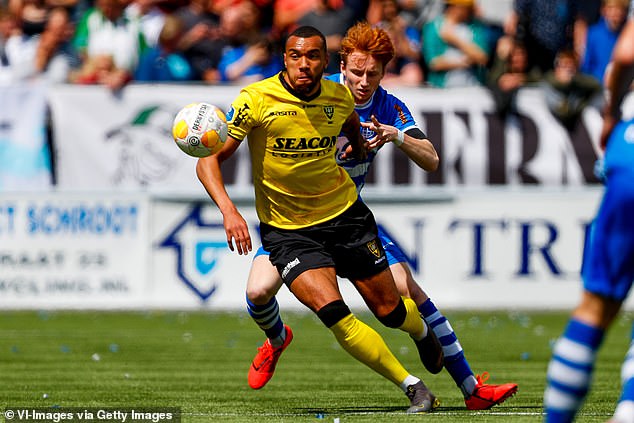 So why did he leave Zwolle? And what part did Jaap Stam have to play?

Jaap Stam took over as Zwolle manager in December and had a key role to play in Van den Berg wanting to leave.

He dropped him down to the reserves, despite his impressive performances, with the hope that he would command the defence more. Van den Berg was not happy.

‘It is actually really simple,’ he said in April. ‘PEC would like to extend but until this weekend I hadn’t played for weeks. I see no reason to extend at the moment. 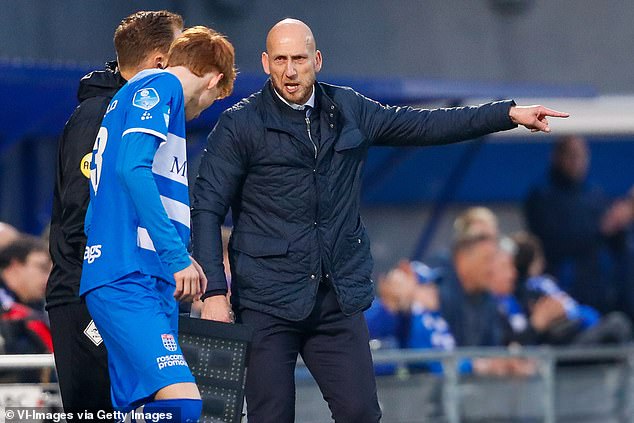 Jaap Stam decided to drop Van den Berg down to the reserves, which led to his Zwolle exit

‘Really, I am satisfied at PEC. This is my youth club. If I was always playing, I’d probably say: ‘I’ll sign’. Then the chance that I’ll play next season would automatically be greater. Now I’m in no hurry.

‘With the last coach I played a lot. When a new coach comes in, you know things can change. But the fact I wasn’t even in the squad was quite a shock.’

It is that lack of guaranteed playing time that means he wanted to move. That might turn out to be to Liverpool’s benefit.