‘Who is the professional?’: Strictly’s Maisie Smith wows fans with her sizzling Samba

Strictly Come Dancing star Maisie Smith has been tipped by fans to win the BBC series after she wowed the judges with her sizzling Samba on the first live show.

The EastEnders actress, 19, who plays the part of Tiffany Butcher, received a standing applause from judges Motsi Mabuse, 39, and Shirley Ballas, 60, on Saturday night.

Maisie and her partner Gorka Marquez, 30, received a score of 24 with one fan questioning: ‘Which one is the professional dancer?’

Wow: Strictly Come Dancing star Maisie Smith, 19, has been tipped by fans to win the BBC series after she wowed the judges with her Samba on the first live show on Saturday

The actress looked sensational in a vibrant pink halterneck ensemble with a diamante bodice and feather skirt which she described as ‘me as a dress’.

She wore her auburn locks in a wavy ponytail paired with a pink-and-blue feather headpiece for the opening night.

Shirley gushed that Maisie was an ‘absolute firecracker’, as she added: ‘You pushed yourself, you challenged on the end, absolutely fabulous well done.’ 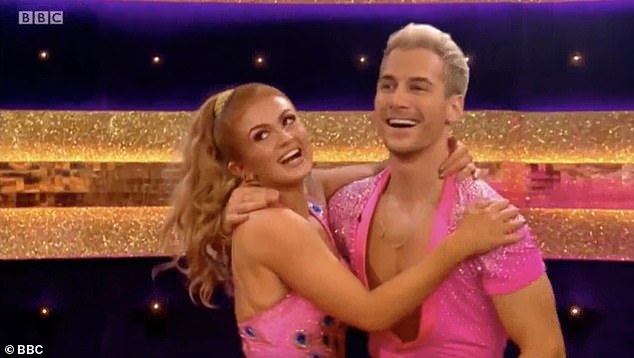 Star: The actress looked sensational in a vibrant pink halterneck ensemble with a diamante bodice and feather skirt which she described as ‘me as a dress’

Motsi said the performance was ‘absolute girl power’, as she went on: ‘You got us up, we were dancing with you.

‘From the start it was a bam, what I love all those shaking things they felt authentic, you didn’t make it seem pretty you brought it back to mother earth, shake it up.’

While Craig Revel Horwood, 55, added that she had things to work on, but thought all in all it was ‘a-ma-zing.’ 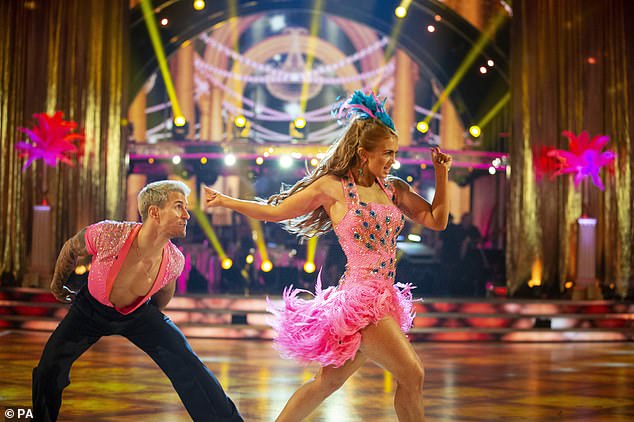 Strong start: Shirley gushed that Maisie was an ‘absolute firecracker’, while Motsi said the performance was ‘absolute girl power’ and Craig said they were ‘a-ma-zing’

Speaking after the show, co-host Claudia WInkleman pointed out how Maisie takes a ‘notepad’ to rehearsals with the actress adding how she is ‘really trying’.

Fans on Twitter were left amazed by Maisie’s first performance as they tipped her to win the 2020 series.

One wrote: ‘Maisie you were on fire tonight girl – already a winner.’

Another penned: ‘I know it’s early days but I reckon Maisie and Gorka could win this.’

A third added: ‘Which one is the professional dancer?’

It comes as Nicola Adams, 37, and Katya Jones, 31, left fans in tears as they made history as the first ever same-sex couple to perform on the show, as Youtube sensation HRVY, 21, and Janette Manrara, 36, came top of the leaderboard.

Elsewhere during the episode, the pros dazzled with a sensational opening routine with the judges seated on separate podiums to ensure the programme adhered to COVID-19 safety guidelines.

In awe: Fans on Twitter were left amazed by Maisie’s first performance as they tipped her to win the 2020 series

Already the BBC favourite has seen its highest ratings in three years, after finally making it to screens after months of uncertainly sparked by the COVID-19 pandemic.

Last Saturday, viewing figures averaged at 8.6 million and it is the show’s highest ratings since 2017. 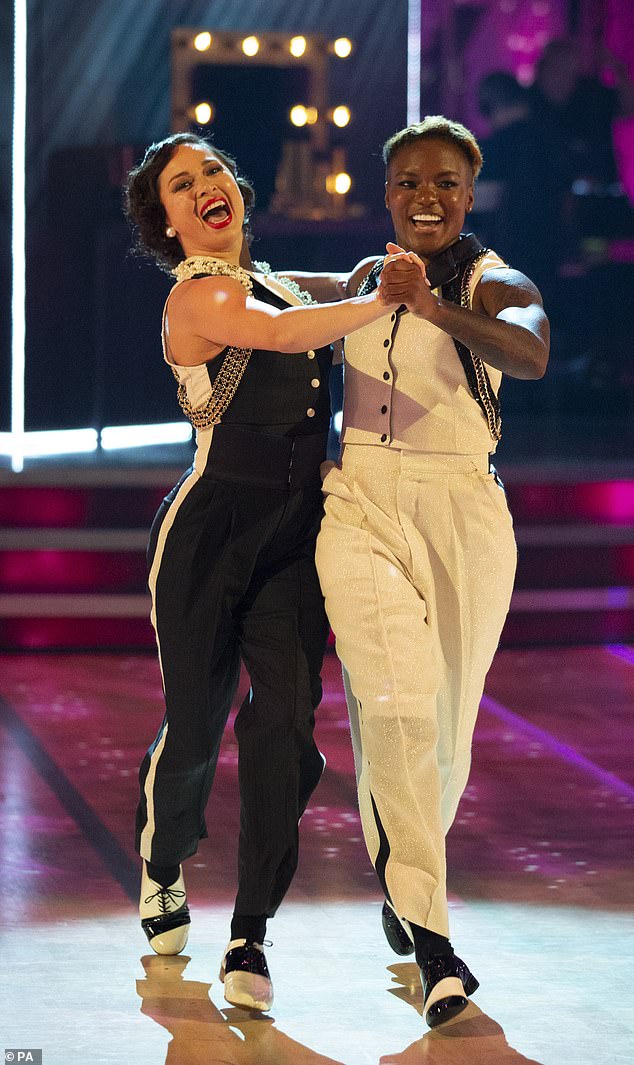