Who is the Shoreham Airshow crash pilot Andrew Hill?

Andrew Hill was nicknamed ‘The Prof’ due to his flying skills

Hill flew his home-built plane for the daytime show, pretending the plane was in a dive as a fictional air traffic controller warned the fictional pilot: ‘You are headed for the crowds.’

He and his wife Ellen, also a pilot, had built their own plane from a kit, and flew it in air shows.

Friends say that in first year after the Shoreham crash he was ‘in a very dark place.’

‘He knew had no right to survive that accident himself – and had caused the deaths of all those people.’ said one.

Hill, now 54, is a Cambridge graduate who was top of the class in the RAF, winning competitions for his flying and being given the military nickname ‘The Prof’.

A captain with British Airways until the tragedy, he grew up in Kent and went to Tonbridge School, a private boarding school that counts Norman Heatley – who turned penicillin into usable medicine – among its alumni. 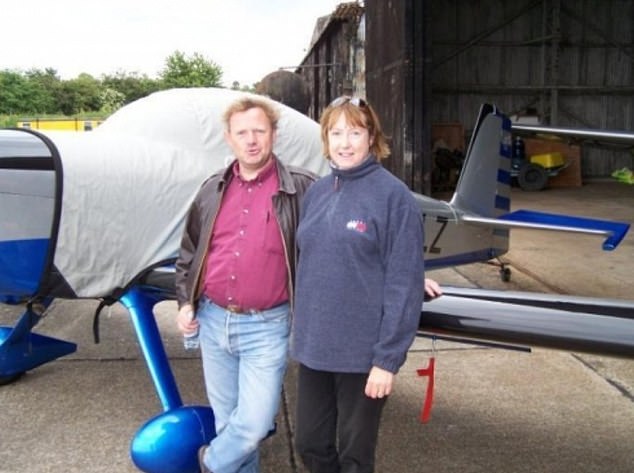 Mr Hill and his wife Ellie, who were both BA pilots, built their own plane from a kit (not pictured) 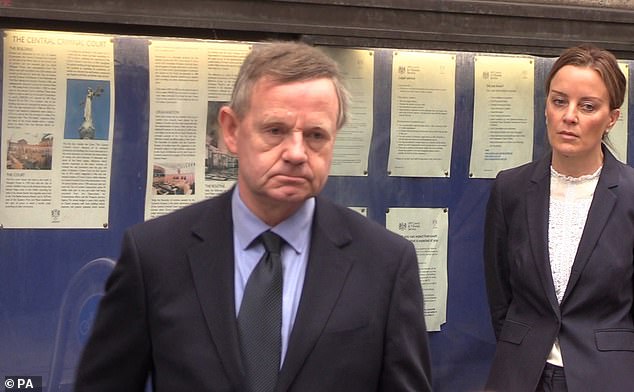 Speaking outside court today, Hill said he was ‘truly sorry’ for the men’s deaths and that they would stay with him for the rest of his life

Telling the court he was ‘reasonably academic’ and an A-grade pupil at school, Hill was allowed to enrol at Cambridge University without taking the entrance exam, attending Christ’s College.

He began studying engineering and then transferred to computer science, graduating with an honours degree in 1985.

Going straight into the RAF afterwards, he won a competition when flying a Jet Provost and was a top performing student.

He was selected – or as he put it ‘creamed off the top’ – to become an instructor.

Training in combat, he took part in active service for a month in the 1990s, monitoring no-fly zones in northern Iraq.

He also started to fly a Harrier – capable of vertical take-off and landing – and won an award for his work and ideas on improving aircraft safety procedures. 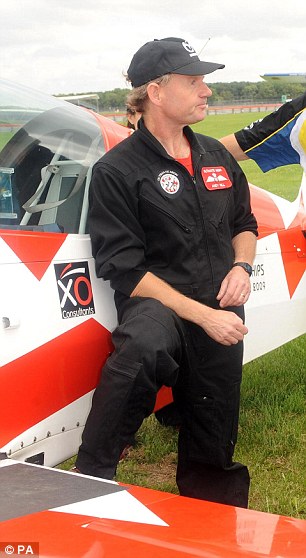 Turning to civil aviation, he became a commercial pilot, starting with Virgin Atlantic before moving to British Airways and progressing to the most senior position of captain.

He gained a reputation as an experienced pilot but nearly died at the side of the road after the Hawker Hunter he was flying in 2015 crashed in a fireball on to the A27 in West Sussex.

Hill, who now lives in Sandon, Buntingford, in Hertfordshire, suffered serious injuries and was placed into an induced coma before being discharged from hospital a month later.

He had fractured his nose, ribs and part of his lower spine and suffered a collapsed lung and serious bruising among other injuries.

Speaking for the first time in public since the incident when he gave evidence at the trial, he denied having a ‘cavalier’ attitude, insisting he was known for his safety record.

He has never watched footage that captured the moment of the crash and lowered his head when is was played to jurors.

The court heard this was on medical advice from his doctor over fears of how it would affect him.

He is now in good health, with medical checks before and after the crash showing no signs of a condition that would have affected him at the time, the court heard. 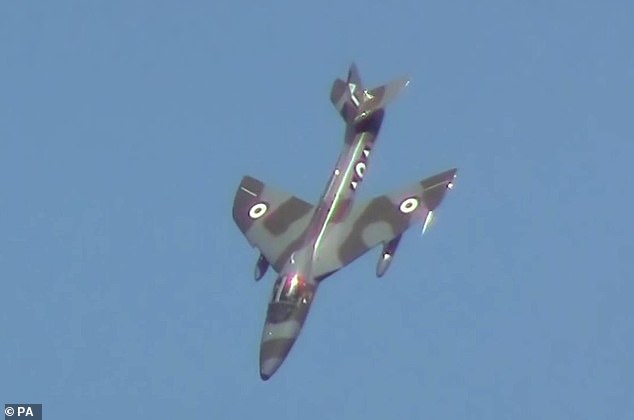 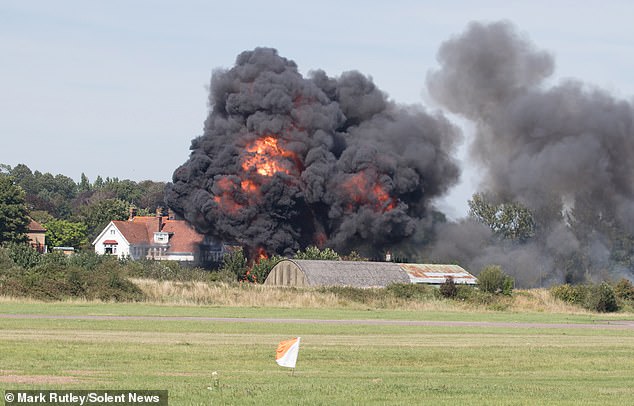 The 54-year-old spent much of the proceedings taking notes while sitting in the dock or leaning down to follow documents of evidence.

Wearing a dark suit for the proceedings, his manner appeared jovial as he made a few jokes while standing in the witness box giving his testimony.

Described as a competent, ‘safety conscious’ pilot and an ‘absolute gentleman’, he dismissed prosecutors’ claims he took risks, saying he was not ‘cavalier’ and took a ‘very structured, disciplined approach’ to display flying.

He told jurors he held back from flights he was not comfortable with and said the ‘primary aim’ of displays was to ‘avoid risk’.

But Hill conceded he had only limited experience in the Hunter.

He told the court there may have been gaps in his training on what were termed ‘basic’ details of how to fly the plane.

Hill also said he had not read some of the guidance notes on how to safely and properly operate the aircraft.