Lea Michele certainly has a good reason to be gleeful.

The actress took to both Twitter and Instagram on April 28 to display her new engagement ring to the public. The 31-year-old recently became engaged to her boyfriend Zandy Reich, whom she reportedly starting dating since at least July 2017.

But just who exactly is Zandy Reich? Here’s all you need to know about who he is, who Lea Michele is and what her net worth is.

Who is Zandy Reich?

Zandy Reich is the fiancé of actress and singer Lea Michele. The couple became engaged on April 28, 2018.

Though Reich has managed to keep a modest profile despite dating Michele, some important information about him has been revealed. He’s reportedly been friends with Michele for a while before dating her and currently works as the president of All Year Round Clothing, commonly known as AYR. Before that, he worked at investment firms like Goldman Sachs and Renaissance Capital and also for the clothing company Theory as head of business strategy and development.

In college, Reich graduated from the University of Pennsylvania with a degree in finance, also being the captain of the men’s lacrosse team there. In an interview with Penn Athletics about his time as captain of the lacrosse team, he stated: ‘I’ve learned how to lead by example. Actions speak louder than words, so they look to what I bring to the field and how I handle other situations.

‘But, other people do that for me too. We have all learned how to pick each other up and keep going; how to give that boost we need. We rely on each other.

There are conflicting reports about Reich’s age, with some sources giving it as 32 and others as 35. 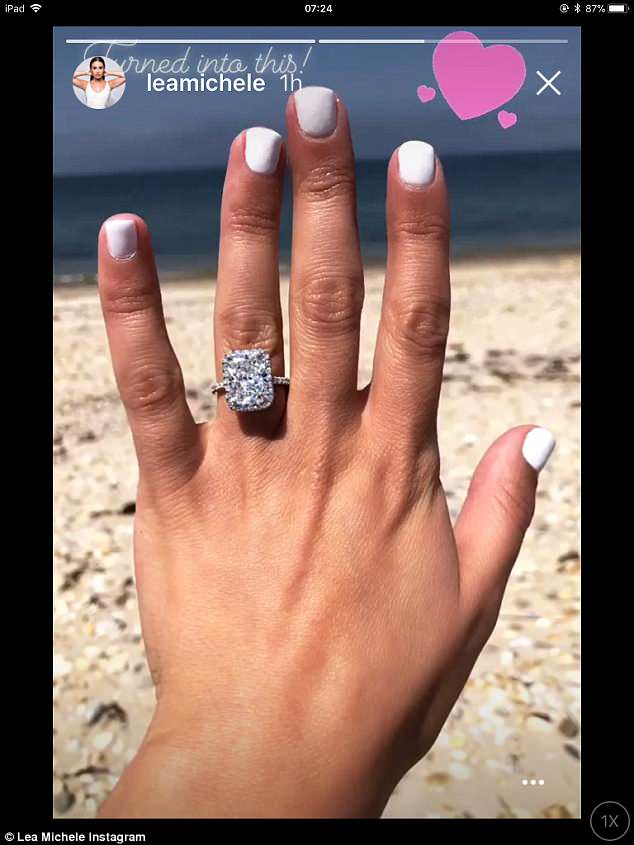 Who is Lea Michele?

Lea Michele is an actress and singer who’s appeared on popular TV shows like Glee and Scream Queens.

Michele made her Broadway debut in the stage production Les Miserables in 1995 and soon built up a theater resume that included roles on popular plays like Ragtime, Fiddler on the Roof and Spring Awakening.

She broke out in 2009 after becoming a regular cast member on the hit musical comedy-drama TV series Glee, which she appeared in until 2015 before later landing roles in Scream Queens from 2015 to 2016 and The Mayor in 2017. She also made her feature film debut in 2011 in New Year’s Eve, appearing alongside stars like Jessica Biel, Halle Berry and Zac Efron.

In addition to her successful acting career, Michele has also made a name for herself as a singer, releasing her debut studio album Louder in 2014 and follow-up album Places in 2017.

Over the course of her career, the multi-talented Michele has been honored with a number of prestigious award wins and nominations, including for the Emmy Awards, Golden Globe Awards, SAG Awards, People’s Choice Awards, Grammy Awards and many others.

What is Lea Michele’s net worth?

According to Celebrity Net Worth, Lea Michele’s net worth is about $12 million (£8.7 million).

She draws her wealth from her successful career in acting and music, having appeared on hit TV series like Glee from 2009 to 2015 and releasing two studio albums in 2014 and 2017. Michele has also authored two books, her autobiography Brunette Ambition in 2014 and You First: Journal Your Way To Your Best Life in 2015.