The Guardian reports that Apple has joined an ever-growing list of tech companies that listens in on commands uttered through its virtual voice-assistant.

Snippets of audio, reports The Guardian, are sent to contractors who are responsible for listening and grading them for accuracy, including whether or not the command was accidental or whether its assistant, Siri, was able to complete the task.

As is the case with other similar programs from Google and Amazon, however, a whistleblower says the program has inadvertently swept up audio data that most might find confidential.

Apple has been listening on users’ Siri voice commands according to a recent report by The Guardian.

Those include, according to an unnamed source in the report, conversations between patients and doctors, sex, criminal activity, and official business talk.

In a statement to The Guardian, Apple admitted to its previously unreported practice.

‘A small portion of Siri requests are analyzed to improve Siri and dictation. User requests are not associated with the user’s Apple ID,’ said the company.

‘Siri responses are analyzed in secure facilities and all reviewers are under the obligation to adhere to Apple’s strict confidentiality requirements.’

A source tells The Gurdian that the devices that most frequently scrape up audio not intended for Siri’s consumption are Apple’s watch and its Homepod, a smart speaker and home assistant.

According to the source, ‘The regularity of accidental triggers on the watch is incredibly high.’ Depending on user settings, the Apple Watch activates Siri when the watch is raised, meaning subtle motions may potentially wake the device’s microphone. 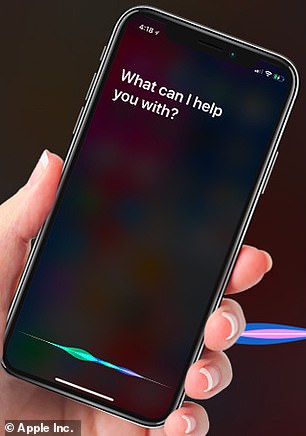 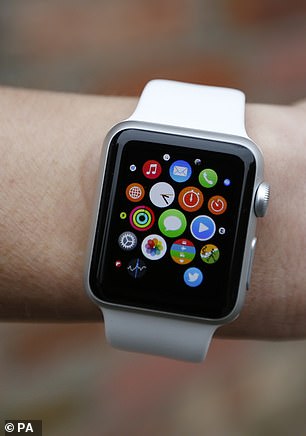 The biggest offender of inadvertently scraping audio, according to a source, is the Apple Watch.

While the contractors were reportedly encouraged to report accidental triggers, the process was purely a technical one and they were not given procedure on how to handle sensitive information harvested by the company.

Apple says that all of the information is anonymized, but sources quoted by The Guardian say the intrinsically personal nature of some of the recordings puts that anonymity at risk.

‘There’s not much vetting of who works there, and the amount of data that we’re free to look through seems quite broad,’ said the Source.

‘It wouldn’t be difficult to identify the person that you’re listening to, especially with accidental triggers – addresses, names and so on.’

Whistleblowers say that Apple should be more upfront about their practices and should remove jocular pre-loaded responses from Siri about whether or not the assistant is listening in on conversations.

Currently, Siri’s response to ‘are you spying on me’ or ‘are you always listening to me’ is ‘I only listen when you’re talking to me.’

Apple has joined the list of major tech giants who report using voice commands from their users to improve virtual assistants.

Last year, Amazon was discovered to have collected audio from users of its Echo smart speaker with similar results.

In the case of Apple, however, news may come as more of a shock to its customers given that the brand has often touted its commitment to user privacy, offering proprietary encryption on many of its products that the company purports cannot be read by even those at the company.