A teenage social media star has gone viral on popular app TikTok after sharing a step-by-step tutorial that reveals how she doubles the length of her natural lashes in less than a minute.

Camille Lee, 18, from Los Angeles, posted the 15-second clip on the app after receiving multiple requests from some of her 200,000 followers asking her to show them how she ‘does her lashes’.

‘Since y’all always ask how I do my lashes,’ Camille captioned her video – which shows her applying three different budget-friendly mascaras in order to create an impressively glamorous final look.

Viral: TikTok star Camille Lee has gone viral after revealing how she does her eyelashes, using just three products to double the length of them Transformation: The 18-year-old posted a video detailing her lash routine on the social media website, applying the products to just one eye in order to show the difference 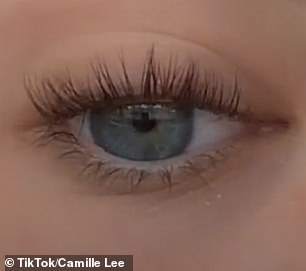 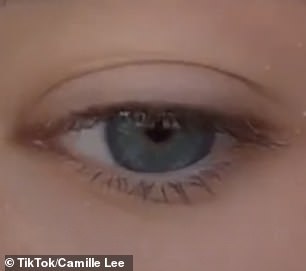 Results: After curling her lashes and applying three different mascaras, Camille’s lashes were doubled in length and appeared noticeably thicker (left) than they were to start with (right)

In the clip, Camille performs all four of the steps on just one eye in order to compare and contrast the final results with her natural, product-free lashes.

First, Camille is seen curling her lashes with a metal eyelash curler, which she holds to her eye for a few seconds before moving on to the first product: Maybelline’s Great Lash Clear Mascara ($6.99).

The teenager applies a few coats of the formula, and then quickly pauses to show how much of a difference the one product has had.

After this comes not just one more mascara, but two different products.

The brand was founded in 2006 by Marcia Kilgore, the brains behind the spa company Bliss and the footwear range FitFlop, and its mascara has become incredibly popular among beauty lovers because of its volumizing effect. 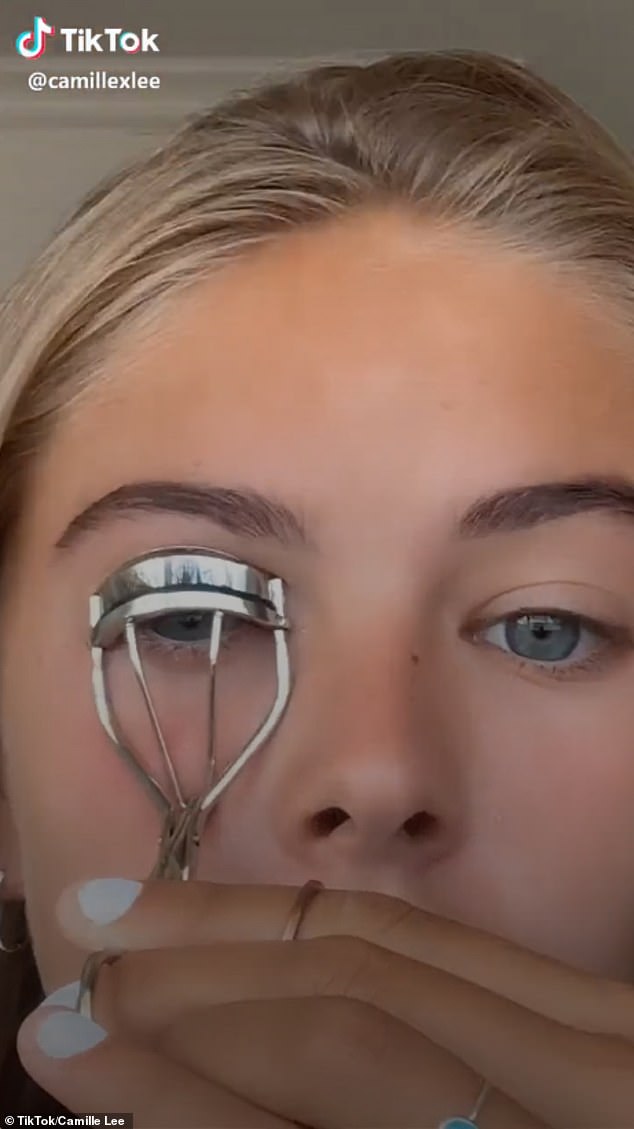 First things first: The Los Angeles-based teen’s routine starts with a generic eye lash curler to ensure lashes are lifted from the root 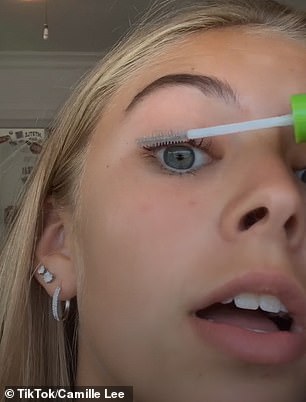 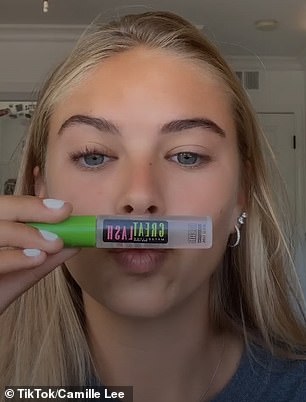 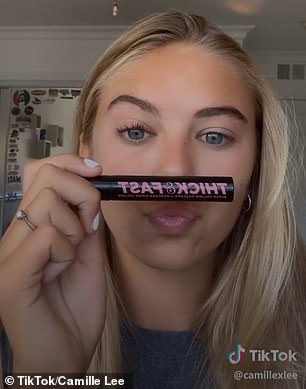 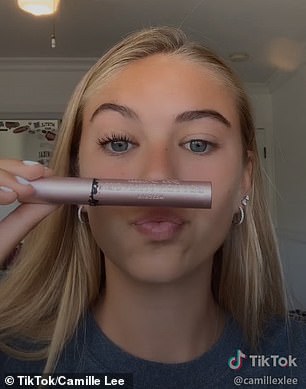 Next up: After coating her lashes in clear mascara, Camille uses the Soap & Glory Thick & Fast Super Volume Mascara (left, $12), followed by Too Faced Better Than Sex Mascara (right, $25) 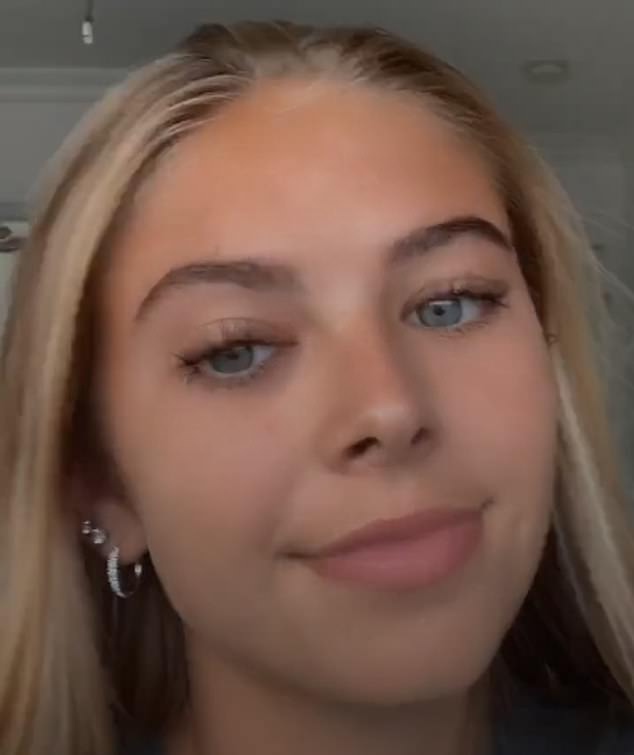 Success! The entire process takes less than a minute to complete

Once again, Camille, who appears to be filming the video in her bedroom, applies a couple of coats of the product onto her lashes, and then flashes a smile at the camera to show how much her lashes have improved after the first few steps.

The piece de resistance in the routine is a final swipe of the best-selling Better Than Sex Mascara by Too Faced ($25), another much-loved eye product that has long been a favorite among makeup mavens.

The product made headlines in 2017 when a beauty lover noticed that it was renamed ‘Better Than Love’ on makeup counters in conservative Saudi Arabia.

The product is known for its ability to separate and curl lashes, and is regarded by many as one of the best products on the market. In fact, in 2016, Teen Vogue claimed it was the number one selling mascara in the whole world.

It certainly seemed to work wonders for Camille, who finished her lash routine on one eye, before proudly revealing the impressive results to her viewers, comparing her finished lashes to her natural lashes for added effect. 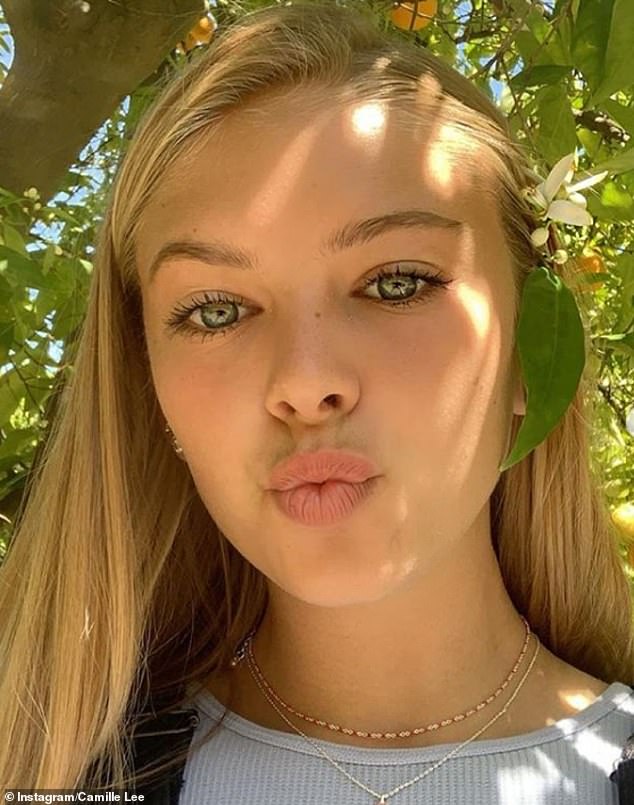 Social media: Over 200,000 people follow Camille on TikTok, and her lash routine video has racked up more than 83,000 likes on the app 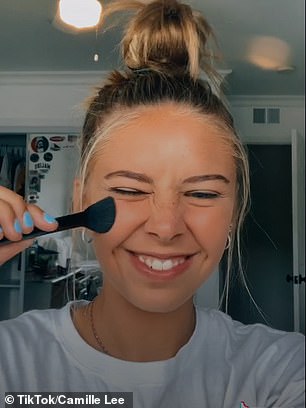 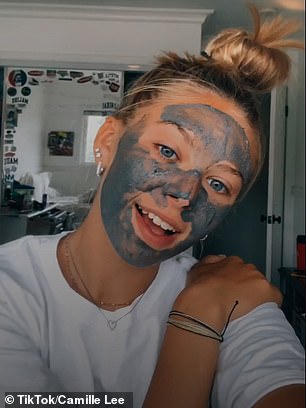 Beauty queen: The photogenic blond regularly shares snippets of her skincare and makeup routine with fans on TikTok and Instagram 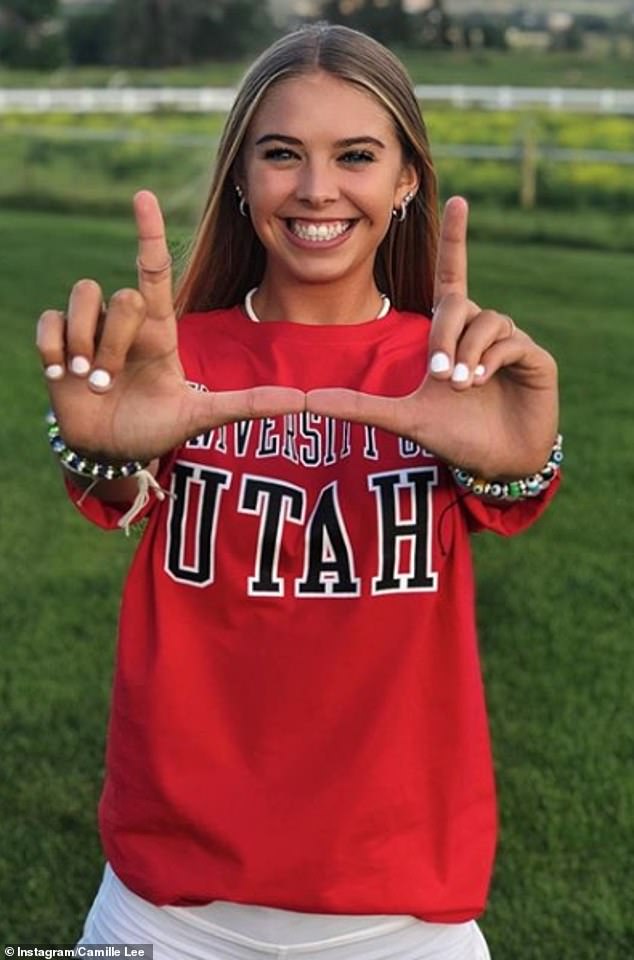 Athlete: As well as beauty, Camille is also a talented beach volley ball player and has committed to play for D1 school the University of Utah in 2020

To finish the clip off, Camille completes the same routine on the other eye, before finally unveiling the end result – much to the delight of her fans.

So far, Camille’s video has been liked over 86,000 times, and has racked up hundreds of comments from people sharing praise for the final results.

‘Her eyelashes are already perfect as soon as she curled them she didn’t even need anything else omg,’ a follower commented.

Another one said, ‘[You] know using a spoon works way better right ? It does not damage [your] eyelashes’.

In a previous TikTok upload, that has been liked 14,500 times, beach volleyball player Camille also revealed that she uses a men’s hair dye product to tint her own eyebrows.

In the video, she claimed that she’s been using tubes of natural color developer by old school brand Just For Men since she was a freshman.