Who says cake can’t be healthy?

We don’t eat cake to make us healthy, but most people want a birthday or special occasion to be marked with something indulgent.

With the Great British Bake Off back on our screens, you might be tempted to do more regular baking, and there are ways to make cake eating healthier, such as using yoghurt instead of butter.

But remember that in baking, ingredients are carefully balanced to give the right structure, texture, flavour and appearance, so in some cases it may be easier to find a healthy recipe rather than adapting one.

Check your source, though, because something that seems healthier may be far from it. One portion of avocado and lime cheesecake from food bloggers the Hemsley sisters contains practically all your daily saturated fat allowance (i.e. 20 g) and 420 calories — equivalent to a small meal.

Good places to look are the websites of health charities such as the British Heart Foundation, the Department of Health’s Change4life, the Healthy Food Guide and dietitians’ blogs.

Portion size is important. With a cake, stick to a portion the size of your index and middle finger together. When cutting a tray bake such as a flapjack, cut pieces the size of two thumbs together. A good guide for brownies is a 5 cm square, which will provide around 135 calories, 3.7 g saturated fat and 16.1 g sugar.

Toppings and fillings can add calories, fat and sugar, so keep it simple with a dusting of icing sugar; this has 20 calories per teaspoon, compared with 165 calories in two tablespoons of butter icing. Instead of whipped double cream, try low-fat cream cheese mixed with a tablespoon of maple syrup. Use mashed fresh berries instead of jam.

Whatever you’ve heard, sugar is sugar whether it’s granulated, syrup or honey — a teaspoon of any of them contains the same calories and your body processes it in the same way. Use a granulated sweetener such as Splenda to cut calories and sugar, or replace sugar with fruit.

Top tip: Toppings can add calories, fat and sugar, so keep it simple with a dusting of icing sugar

Replace butter with fruit puree such as stewed apple or babies’ apple puree. In most cake recipes you can swap 110 g of butter with 75 g of apple puree and two tablespoons of oil such as rapeseed or sunflower.

Pureed prunes (blend 65 g pitted prunes with 60 ml water in a blender) work well in dark bakes such as chocolate brownies: replace 110 g of butter with 50 g of prune puree.

Here, we look at how to tweak some popular recipes:

THESE are made with relatively little fat and sugar, so can be a healthier choice to start with, but watch what you serve with them. You add topping to both halves of a cut scone, so are effectively doubling it. A teaspoon of jam is around 45 calories, a teaspoon of butter around 50 calories, and clotted cream for two halves of a scone (30g) is 176 calories — compared with 16 calories for squirty cream.

Skip the butter and use a lower sugar, high fruit content jam.

If making scones from scratch, add dried fruit for fibre and to cut down on sugar — try figs, cherries, dates or peaches. 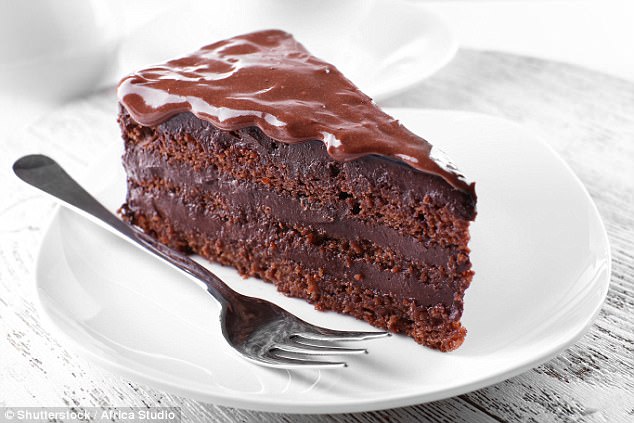 Healthy recipes: Good places to look are the websites of health charities such as the British Heart Foundation, the Department of Health’s Change4life and the Healthy Food Guide

Scones don’t need to be sweet — omit the sugar and add ½ tsp of mustard powder and ½tsp of cayenne. Mix in olives, sundried tomatoes or peppers, then top with low-fat cream cheese, nut butter or Marmite (each one will provide 226 calories, compared with 481 in a sweet scone with jam and cream).

Watch your portions. Use a 5 cm cutter which should make a plain scone of around 150 calories.

Some recipes use oil instead of butter, which can cut saturated fat. Choose oil without a strong taste, for example rapeseed

TYPICALLY, these are packed with fat and calories. Swapping full-fat cream cheese for lower-fat versions will cut 200 calories from each slice and 11.3 g of saturated fat. Use icing sugar rather than caster sugar. 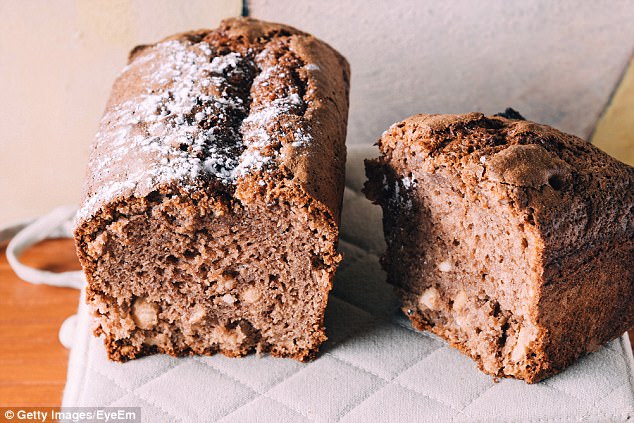 Not too much! With a cake, stick to a portion the size of your index and middle finger together

Add plenty of carrot, about 225 g for a cake using 225 g flour, and use wholemeal to boost fibre and taste. Adding walnuts provides fibre, along with zinc and iron for a healthy immune system. Other fruit, such as tinned pineapple, can add fibre and sweetness, allowing you to cut the sugar by a third and boost your fruit intake.

Use oats rather than flour or a mix of both to boost fibre and lower the GI (so the cookies are less likely to cause a spike in blood sugar). Oat flour and oat bran can be useful: oats contain a form of fibre (beta-glucan) which can lower cholesterol.

Add nuts or dried fruit rather than chocolate chips to boost fibre, vitamins and minerals such as iron and magnesium. Dried fruit can help cut down on sugar and can count towards one of your five a day. Swap cocoa powder for milk chocolate to cut fat and calories. Adding mashed or grated fruit such as bananas, berries, apple or carrots can provide moisture, colour, texture and flavour and replace some sugar — cut the sugar by a third to a half and add one tablespoon of fruit instead.

Seeds can add flavour, fibre and minerals. Sesame and pumpkin are a source of iron and selenium — thought to lower your cancer risk.

ADD blackberries to your cooking apples to add sweetness — and extra fibre — without adding sugar. Or use eating apples, which are naturally sweeter.

Just using a pastry lid rather than a top and bottom will halve the amount of pastry, fat and calories. A lattice top will use even less pastry. Swap to filo rather than shortcrust: it has 363 calories per 100 g when cooked, and 3.8 g saturated fat, compared with 567 calories and 37.9 g saturated fat in shortcrust.

Or make your pastry with a block fat high in unsaturated fat, such as Stork, rather than butter — or at least use half and half. Simple, but effective: There are ways to make cake eating healthier, such as using yoghurt instead of butter

Using all wholemeal flour can make the pastry crumbly and heavy, so use a mixture of wholemeal and plain to boost fibre.

Serve with 0 per cent or low-fat Greek/strained yoghurt rather than double cream. This cuts saturated fat by 29 g, halves the calories and provides 14 per cent of your daily calcium.

If you make all these tweaks, you will save 200 calories and 8 g of saturated fat per serving size (an eighth of a pie with a 9 in/23 cm diameter or one-sixth of an 8 in/20 cm diameter pie).

Grated courgette or carrot (add two or three, or 250g to a batch) can add colour and micronutrients such as vitamins A and C. Again, stewed apple can cut the sugar content.

A roulade is a sponge made without fat, so you’re off to a good start. Substituting a quarter of the flour with ground almonds adds fibre and boosts calcium and magnesium, important for bone health.

Using lower-fat Greek yoghurt for the filling rather than double cream will cut the calories by 85 per cent, and fat and saturated fat by 94 per cent. Add tropical fruit for natural sweetness.

Sian Porter is a consultant dietitian.