Who will be the Royal Baby’s godparents? Will Kate Middleton and Prince William pick Meghan Markle?

Royal baby fever is at an all-time high following the arrival of Kate Middleton and Prince William’s third child on Monday.

Fans of the royal family are anxiously waiting to find out who the Duchess and Duke of Cambridge will select to be their second son’s godparents.

Rumors have been swirling about the honour for quite some time, with some outlets reporting that Meghan Markle will be chosen. 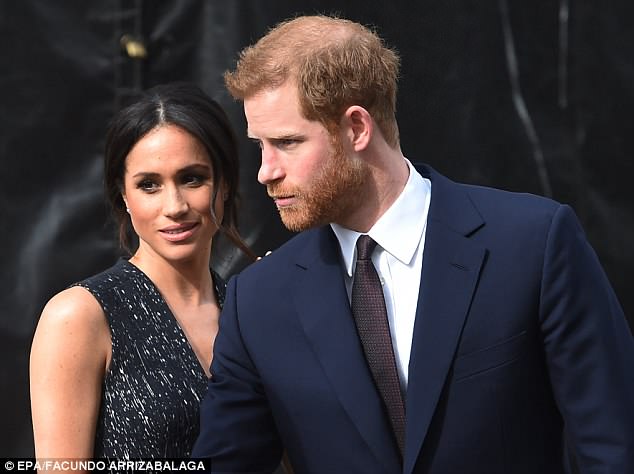 A Kensington Palace source told MSN ahead of the latest prince’s arrival that Kate, 36, was keen on the idea.

As for Prince Harry, it seems highly unlikely that he’ll be chosen, though neither palace sources nor the Royal family have directly commented on the matter. He has not been selected as godfather to any of the other Royal children thus far.

Perhaps uncle Harry is all the title he needs.

Her Royal Highness The Duchess of Cambridge was safely delivered of a son at 1101hrs.

The Duke of Cambridge was present for the birth.

Her Royal Highness and her child are both doing well.

Who will be chosen for the honour? let’s take a look at what we know so far.

There are a number of traditions tied to the welcoming of a Royal baby, some of which relate directly to the selection of godparents.

For one, Royal babies generally have about six godparents. Prince George and Princess Charlotte both have five each.

Typically none of those chosen as godparents can be members of the child in question’s family. While Meghan Markle is currently not technically a member of the Royal family, she will be come May when she and Prince Harry, 33, tie the knot.

Who are Prince George and Prince Charlotte’s godparents?

Both Prince George and Princess Charlotte have five godparents each.

When are godparents of Royal babies announced?

The Royal family announces who’s been chosen as godparents to the Royal baby days before the child’s christening. It’s not yet clear when the new prince’s christening will occur, though traditionally it happens within days or weeks of the child’s birth.

Their Royal Highnesses would like to thank all staff at the hospital for the care and treatment they have received. They would also like to thank everyone for their warm wishes.

Who will be the Royal baby’s godparents?

In an interview with Express, Royal expert Richard Fitzwilliams conveyed doubt that Prince Harry or his soon-to-be bride Meghan Markle would be chosen as godparents to the newborn prince.

He speculated that it’s ‘possible Beatrice or Eugenie might be a godparent to the new baby’. However, Fitzwilliams stressed that ’emphasis could be firmly on their close friends’.

According to Yahoo! News, there’s a chance Kate and Prince William will pick Hugh van Cutsem, brother of Prince George’s godfather William van Cutsem, as one of their new son’s godparents.

It’s been rumored that the pair may lean on old school friends to fill the roles as well. Alice Avenel, Catriona Foyal and Hannah Carter, friends of the Duchess of Cambridge’s from Marlborough College, are said to be in the running.

Olivia Bleasdale and Fergus Boyd, both of whom shared a flat with Kate Middleton and Prince William in their uni days, are also contenders.

While Prince Harry and Meghan are dark horses as this point, there are some members of the Royal family that stand a chance of being named godparents. Princess Diana’s sisters, Lady Sara McCorquodale and/or Lady Jane Fellowes, for example.

Helen Asprey, a former personal assistant to the Duke and Duchess of Cambridge, and Prince William’s childhood nanny, Tiggy Pettifer, could possibly be chosen as well.