Why a deaf woman suing over a concert is unreasonable

A vivid memory of the early months of my marriage is standing in Hyde Park amid a vast throng of people on the eve of Prince Charles’s wedding to Lady Diana Spencer.

I was with my wife and my parents to watch the fireworks staged to kick off the celebrations of the great event at St Paul’s Cathedral the following day.

But none of us in our part of the crowd could see a thing. 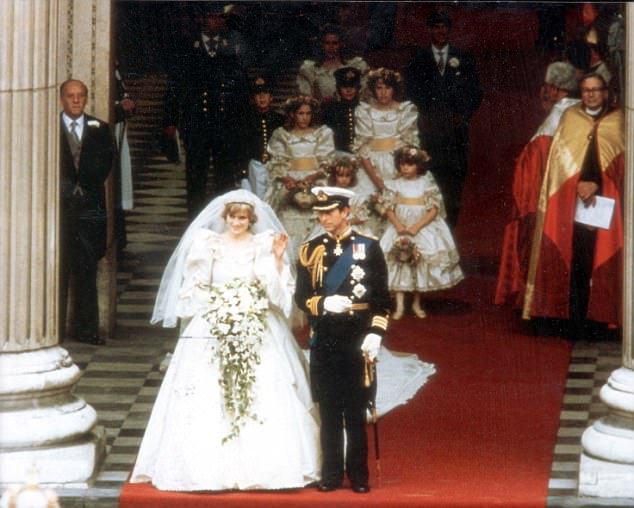 In my father’s case this was nothing new, since he had been totally blind from the age of nine.

But on the night of July 28, 1981, it would have made little difference if he had been blessed with the gift of sight.

This was because we had come to a standstill under a canopy of trees, and the crowd was so tightly packed that we could progress no further.

Even those in our party who had functioning eyes could see nothing but a wall of our fellow revellers’ backs and thick summer foliage overhead.

Oh, well. We resolved to content ourselves with soaking up the festive atmosphere and listening to the bangs.

It was at this point that we heard a female voice behind us, shouting angrily: ‘Get out of the way! Stop being so selfish! She has as much right as you!’

The ‘she’ in question was a disabled woman in a wheelchair, which the shouty lady was pushing aggressively through the crowd, bumping into people’s shins.

Nobody was being selfish. Indeed, everyone was brimming with goodwill that night and trying to get out of the way. It was just that we couldn’t. The throng was so dense that it was impossible to move. 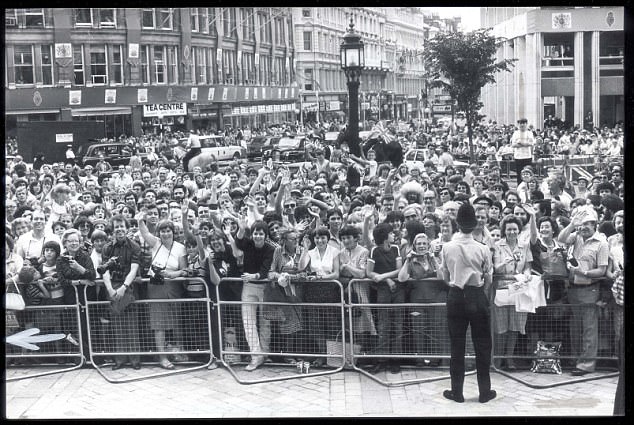 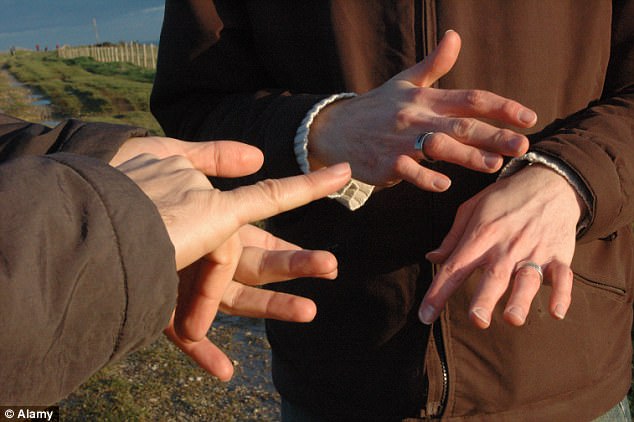 Tom Utley: ‘I have enormous sympathy with the deaf, who suffer an affliction in some ways worse than blindness’

But she wouldn’t listen. She just kept repeating, with a righteous catch in her voice as if she was about to burst into tears: ‘She has as much right as you.’

I toyed with the idea of asking her if she believed my blind father had an equal right to see the fireworks. But I thought better of it. Nobody loves a smart-ass.

I remembered that encounter this week, when I read the extraordinary story of Sally Reynolds, the profoundly deaf woman who is suing the organisers of a Little Mix pop concert, claiming they breached her equal right to enjoy it by failing to supply a British Sign Language interpreter for the duration of the event.

As reported by the BBC, Sally’s eight-year-old daughter Cate Merry and her friend Megan are big fans of Little Mix.

So when Ms Reynolds learned the band were to perform at the South of England Event Centre in Sussex last September, she bought six tickets – for herself, two deaf friends and their daughters, who are all able to hear. 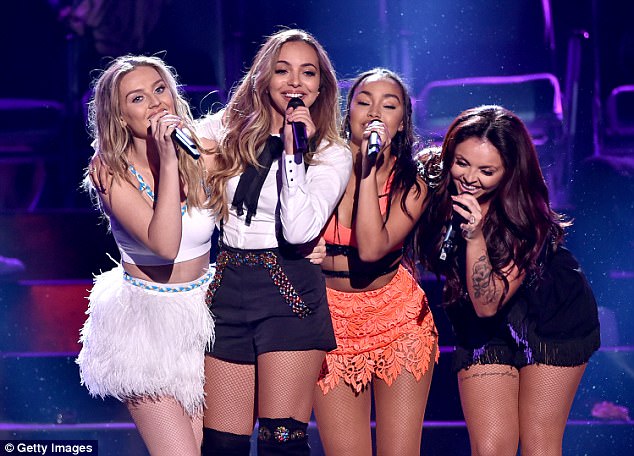 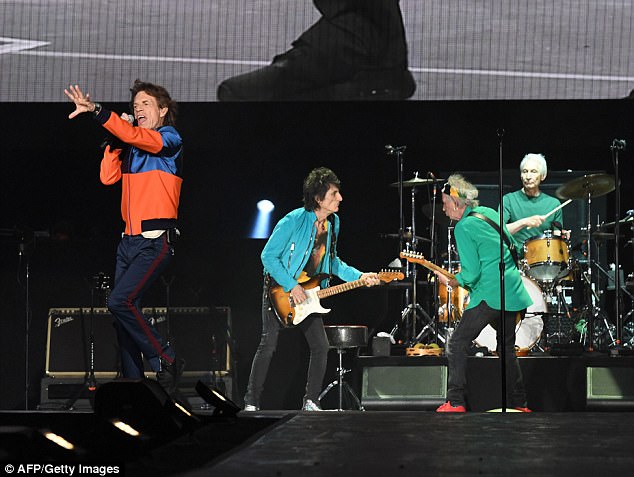 The Rolling Stones: ‘I was dragged by my wife, who’s had a lifelong crush on Mick Jagger’ 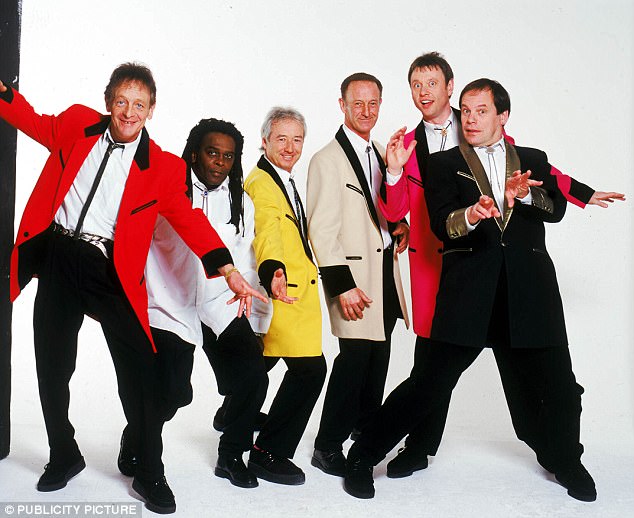 Then she set about demanding her rights under the Equality Act 2010, asking the organisers to employ a signer so that she and her two deaf friends could ‘fully access’ the performance.

At first, she was offered free ‘carer tickets’ and told she could bring her own interpreter. But though many might think this a decent enough offer, it wasn’t good enough for Sally.

‘We asked two or three times, please can you provide the interpreter for us,’ she said, ‘and the explanation we got back was just a ‘no’.

‘It didn’t have any reason behind it and eventually we became so frustrated. I wanted to share the same experience my daughter had. Essentially, I just wanted access to the songs.’

Now, I can’t claim to be a great authority on pop concerts. In fact, I’ve been to only two in all my 64 years on this Earth.

One was by Showaddywaddy in Ipswich, which I’d been sent to cover as a cub reporter on the local paper.

The other was by The Rolling Stones at Wembley Stadium, where I was dragged by my wife, who’s had a lifelong crush on Mick Jagger. (Don’t tell her, but though I enjoyed them both, on balance I preferred Showaddywaddy.)

But one thing I can vouch with some confidence: if you don’t already know the lyrics, it’s incredibly hard to make them out amid the racket of a live performance – even for those of us with the faculty of hearing.

But no, Ms Reynolds insisted that the concert organisers, LHG Live, were guilty of a monstrous violation of her rights through their unwillingness to go to the trouble and expense of hiring a signer so that she and her two deaf friends could experience the full power of the lyrics. 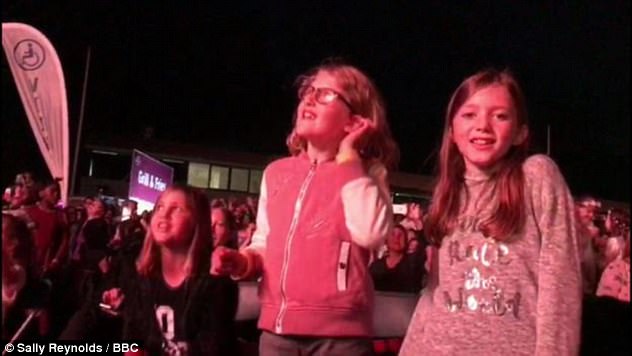 Sally Reynolds brought her friends, who are also deaf, and their daughters, who are able to hear

So she instructed solicitors to apply for a court injunction forcing them to employ one. On the eve of the hearing, they gave in. Not only did they supply an interpreter for the Little Mix set, complete with special staging and lighting, but they provided upgraded tickets, an advance list of the songs the band would be singing and access to private toilets.

They also arranged for all public announcements to be displayed on giant screens either side of the main stage — all for Ms Reynolds and her two deaf friends.

But still she wasn’t satisfied — and here I begin to lose every last shred of sympathy for her. Yes, she hugely enjoyed Little Mix’s performance, lapping up the lyrics via the interpreter.

But the concert had started with two supporting acts, and the signer had not been booked to cover them.

‘I felt that we were really part of the Little Mix experience,’ Sally told the wholly uncritical BBC. ‘But because it was so good I realised that we had missed out on the first two acts. It was very much a disparity of experience compared with everyone else.

So back to her solicitors she went, instructing them to issue legal proceedings against LHG Live for its alleged failure to make reasonable adjustments, in the form of supplying an interpreter for the whole concert.

More from Tom Utley for the Daily Mail…

And that’s where the affair stands today, with Little Mix’s spokesman – no doubt terrified of a Twitterstorm – putting out a panic-stricken statement saying: ‘Little Mix strongly believe their concerts should be completely inclusive to all.

‘The band welcome all fans to their shows, including those with hearing impairment, and encourage the promoters they work with to make provisions to ensure their fans can enjoy the concert experience.’

I don’t know about you, but I reckon Ms Reynolds is being thoroughly unreasonable, and I will be dismayed if any court upholds her complaint.

I have enormous sympathy with the deaf, who suffer an affliction in some ways worse than blindness, since it isolates them from so much that goes on around us.

But it strikes me that LHG Live went to a lot of trouble on behalf of Cate’s mum, even before she called in the lawyers.

And, let’s face it, no piece of legislation – not even Harriet Harman’s Equality Act 2010 – can enable the blind to see or the deaf to hear.

Of course, different people have different ways of coping with disabilities.

But for my money, only unhappiness lies in raging against the unfairness of it all, and demanding rights to equality with the more fortunate, which can never be achieved.

If you ask me, there is far greater contentment to be had from my beloved late father’s approach to his blindness, which he accepted with serene, uncomplaining resignation as the mysterious will of God.