Standing at the top of a red run so steep we couldn’t see over the edge, I looked at my eight-year-old son and said ‘What do you reckon?’

My husband and older son had already disappeared over the edge in a spray of powder and now it was just the two of us under a bright blue sky in the silence of the snow-covered Pyrenees.

‘Let’s do it, Mummy,’ came the horrifying reply.  So swallowing my terror, we inched over the top and began our nerve-racking descent.

It wasn’t elegant, a ski or two may have come off, but eventually we made it in one piece, and the sheer joy of schussing the last few hundred yards down to join the others made us laugh out loud.

It was the defining moment of our family ski holiday in Andorra – our first time in the tiny principality between France and Spain, and the moment I realised we were definitely coming back.

We’d never skied there before, but its reputation for family-friendly slopes, English-speaking ski instructors and the fact it’s relatively budget-friendly (plus a super short flight to Toulouse) meant we couldn’t wait. 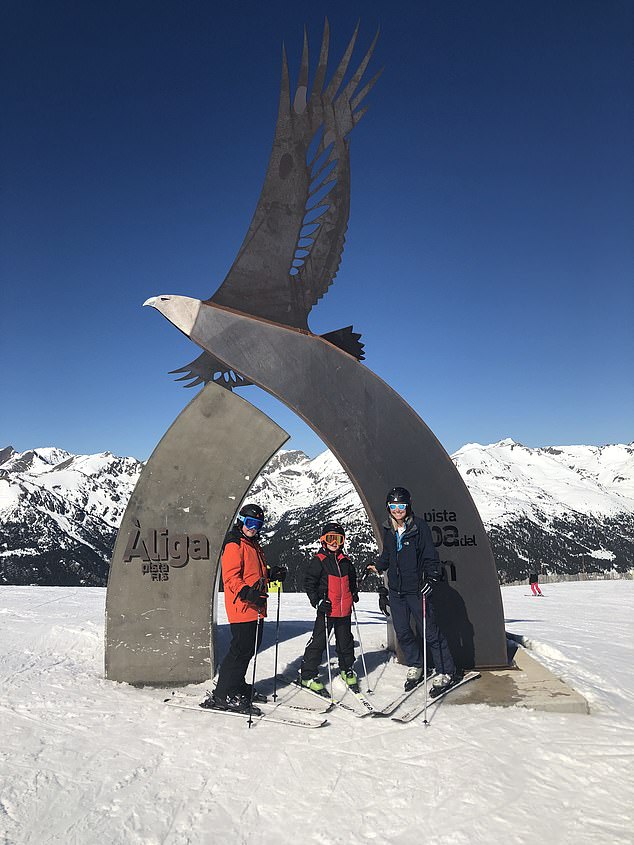 Add in the fact that the Grandvalira ski area, where we went, is hosting the Alpine Ski World Cup Finals – till 17 March – it seemed that 2019 was definitely the time to try.

We were in the resort of Soldeu, an upmarket village set 1,800m (5,900ft) above sea level on a steep hillside facing the mountain. Our hotel, Park Piolets, was a huge, ultra-modern spa just a couple of hundred yards from the gondola that takes you up to the ski runs.

It had more swimming pools than I could count, including one heated outdoor one set in the snow which the children thought was the height of glamour. They basked in its hot water til they turned pink and watched their breath, foggy in the mountain air, as the sun set behind the snowy peaks. 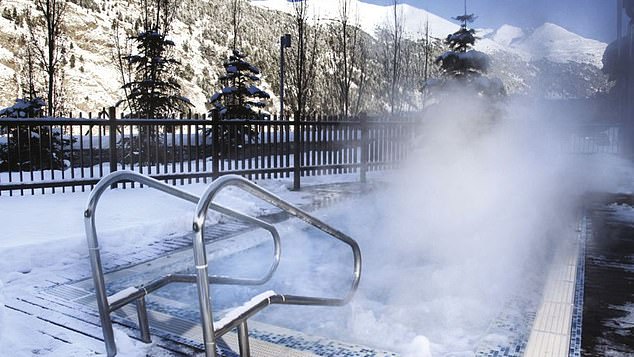 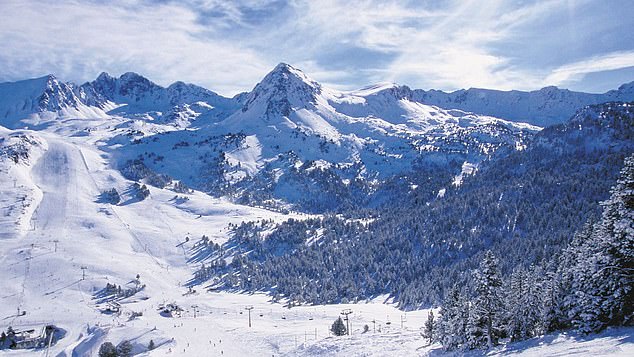 Andorra is the sunniest ski resort in Europe, with more than 300 days of sunshine a year 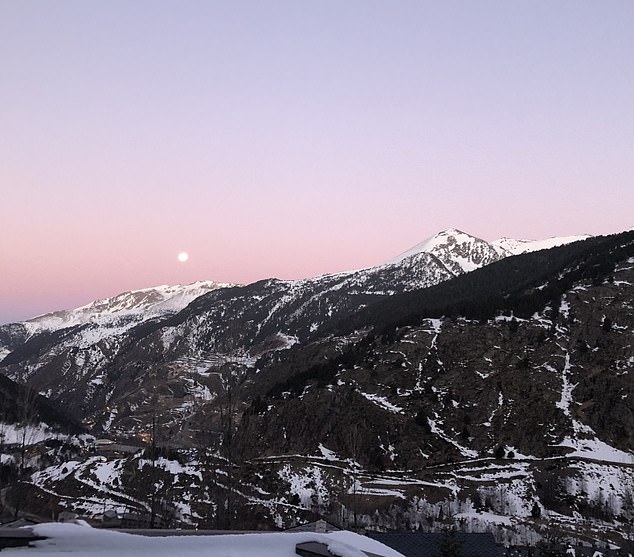 Room with a view: The Pyrenees seen from a bedroom at Park Piolets early one morning

There was also a super friendly Kids’ Club – perfect for parents keen to make the most of the glamorous bar for those essential early evening gin and tonics – plus a top notch buffet service for breakfast and dinner, with smiley multilingual staff (is everyone in Andorra multilingual? It certainly felt like it).

Our children loved the buffet, and not just for the churros con chocolate they fell for, but also because they felt brave enough to try things they usually wouldn’t at home – at one point I saw my 11-year-old tucking into octopus.

What we really loved about the hotel was the smart ski hire shop in its basement and adjacent heated ski boot room.  As anyone who has taken children skiing before knows, getting the boots and skis sorted on day one can be a nightmare. This ultra-relaxed set up (with cheery, efficient, English-speaking staff) made getting kitted out a breeze. It was also large enough to ensure everyone had space to get their boots on in the morning, before hopping onto one of the non-stop free shuttle buses to the lift. 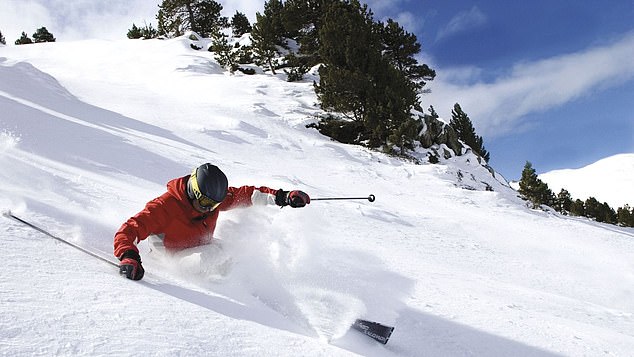 Andorra has spent a fortune on its infrastructure, resulting in excellent skiing at every level

But it was the skiing that was the absolute stand out.

Andorra, once slightly looked down upon by those who considered themselves pro skiers, has spent a fortune on its skiing infrastructure, resulting in a vast network of world class slopes that make it an obvious choice for the World Cup.

There are more than 200km (125 miles) of runs, all of them beautifully signposted, most of them wide and sweeping, and a network of sleek snow cannons to ensure that even if there’s no snowfall – unlikely at this great height (most of Grandvalira is 2,000m/6,560ft above sea level) – you’ll be guaranteed excellent snow.

There’s a fabulous network of pretty much queue-free lifts to get up them (though I’d never come across a rope lift before, and my arms still have to get over them) and the skiing is so pretty, with tree-covered slopes, little lakes, and a blue, blue sky – with more than 300 sunny days a year, Andorra is the sunniest ski resort in Europe. 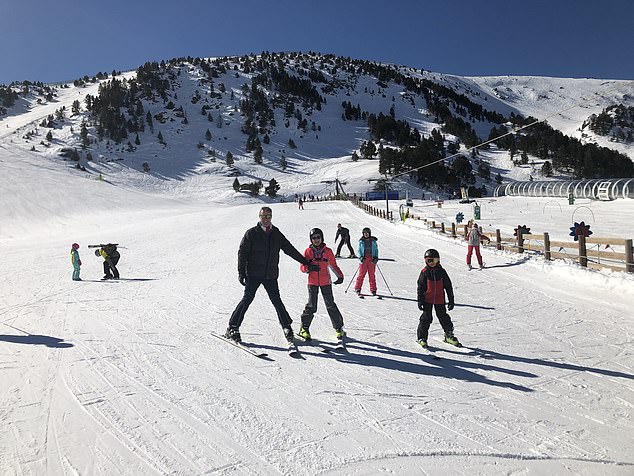 Result! Lettie, pictured with her father and brother, learnt to ski properly for the first time

The best thing, though, of all, was the ski school: Grandvalira Ski School has English speaking instructors, many of them Brits out there for the season, which made our children’s week.

The instructors were hands on, fully engaged with the children, and went out of their way to make every day fun.

Our boys loved Lucas, who teased them all day long as he led them on mile after mile of exhilarating skiing.

And our daughter Lettie, who has learning difficulties and couldn’t even come to a stop on a nursery slope at the start of the week, actually learnt to ski properly for the first time thanks to the most fabulous, patient and kind ski instructor we have ever met, the charming Chris from Leicester. 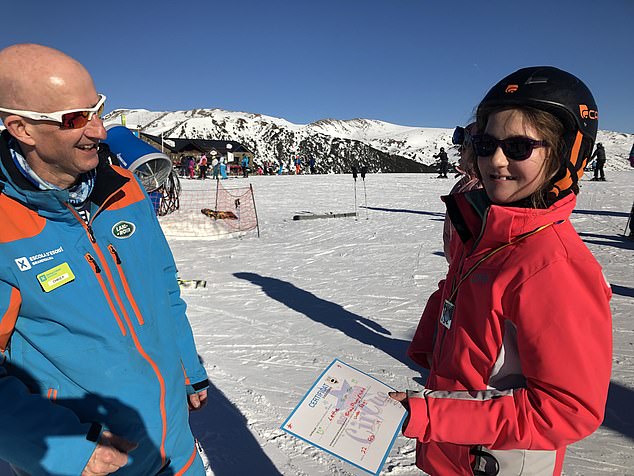 Andorra has several dedicated children’s runs on the mountainside, each themed (one is a Circus, for example) where the little ones ski through stripy tents with characters hiding behind trees as circus music plays. Adorable, and the children loved it.

There was plenty to challenge the older, more experienced skier as well – while we did tackle several excellent red runs, we were not tempted by the black runs.

My husband, a seasoned skier, confessed his misapprehensions that Andorra would not have much in the way of fun for him were completely out of date.

There was only one drawback, and that was the food – there weren’t a huge amount of restaurants, which meant queues tended to be long, and the food was slightly disappointing – more often than not a pizza, hot dog or similar.

For our children, though, this was heaven: chicken nuggets in brilliant sunshine with a soundtrack of Europop – what’s not to love? And, as we discovered, happy children plus fabulous weather and a glass of cold beer high up a mountain equals a seriously happy skiing holiday! 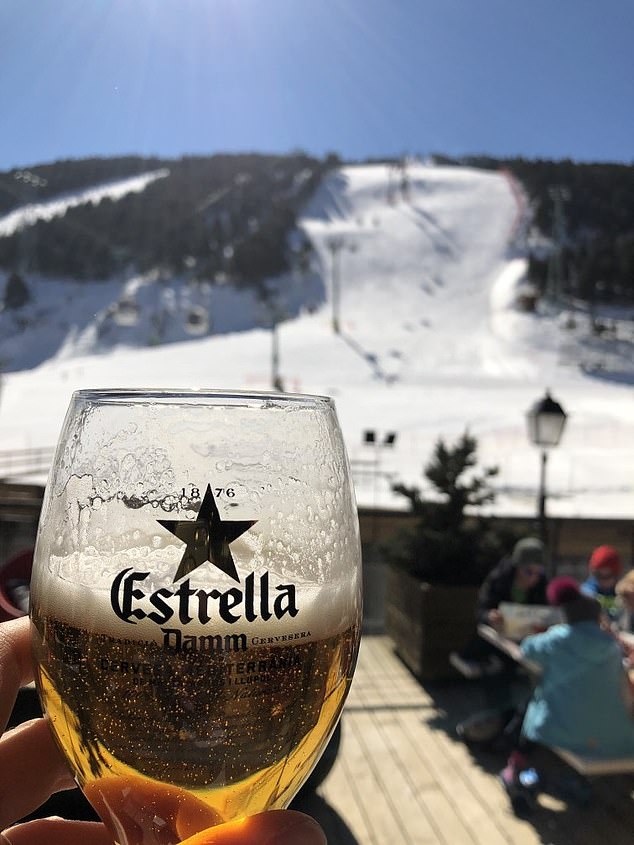 Enjoying a beer in the sunshine overlooking the Avet slope, used for the speed races in the World Cup

Harriet and her family travelled to Soldeu with Crystal Ski.

Crystal Ski Holidays (www.crystalski.co.uk; 020 8610 3123) offers a week’s bed & breakfast at the four-and-a-half-star Park Piolets Mountain Resort & Spa from £779 per person when booked online (based on two sharing), including flights from Gatwick to Toulouse and transfers (price given is for departure on January 5, 2020).