Nearly a quarter of borrowers believe that getting accepted for a credit card guarantees them the advertised interest rate and 0 per cent promotion.

But what many consumers don’t realise is that in order to meet advertising standards lenders are only required to offer these eye-catching deals to 51 per cent of the borrowers they accept.

That means, obviously, that up to 49 per cent of those who make it past the first hurdle and get accepted, could get lumped with a much more expensive deal.

Credit report: Your score is difference between getting the deal you apply for or a worse offer

Imagine you pick out a new sofa, you are told it’s in stock and it’s booked in for delivery, only to realise the company have decided to send you one in a different size or colour.

You likely wouldn’t be happy, or accept it.

But unfortunately borrowers have to accept a similar scenario when they apply for a credit card when they’re handed a card with a different rate and different 0 per cent term from the one they applied for.

While frustrating, there is some logic to the way the system works as credit card companies base pricing on risk.

They look at whether you can afford the debt and use your credit file to assess how likely you are to default. The higher the risk to them, according to your borrowing history, the more they will want to charge you to make taking on that risk worth it to them.

To find out more about what your credit file includes, skip to the box at the end of the article.

One of the major drawbacks of this system is that borrowers only find out if they are going to get a different deal from the one advertised after they have applied.

This can start a vicious cycle if you then decide to reject the deal and apply elsewhere.

Credit expert at Experian, James Jones, explains: ‘Applying for a card and being offered a deal other than the headline rate advertised will leave a “hard footprint” on your credit report. Too many of these can damage your score.’

Repeated applications in a short space of time  – even if you don’t take the deals offered – can be a real problem for those who without a strong credit score, making you look desperate for credit. It could even lead to being rejected altogether.

Kevin Mountford, banking expert, at MoneySupermarket, explains why banks are able to do this.

He says: ‘The UK had to adapt to European rules which meant headline rates or illustrative rates only had to apply to 51 per cent customers.

‘In the old regime, rates had to apply to over 70 per cent, so customers were more likely to qualify for advertised rates. This means that now headline offers aren’t always representative, and nearly half of those who apply won’t get those rates.’

‘Regulation has therefore allowed providers to develop their marketing materials based on a less than representative user-base to lure in new customers, many of whom won’t actually qualify for the rates they originally applied for.’

Home improvements: 0 per cent purchase cards are a popular way to spread the cost

The more competitive the deal, the more choice lenders have on who to accept, and to whom they give the best rate.

So if you are applying for a market-leading credit card you will likely need a perfect credit score.

Jones explains that each lender will have its own criteria when reviewing customers’ files and your Experian score, while based on similar processes, should be used only as a guide.

And, 99 per cent borrowers with a perfect Experian score of 999 have just a 70 per cent chance of getting accepted for one of the leading deals.

If your score drops down to 900, only 92 per cent of people achieve this 70 per cent or more chance of approval, and only 63 per cent fit into the same bracket when you fall to a score of 800.

It’s worth remembering that while each lender has their own system, for most, credit ratings are the main focus, according to Jones.

Other affordability checks including your income, will be looked at after you have passed the initial credit check stage. However, the more you borrow the more important these extra affordability tests become.

This shows that even those with good scores are much less likely to have a decent chance of getting accepted for the top deals. The same logic can be applied to personal pricing.

Find a deal you are more likely to get 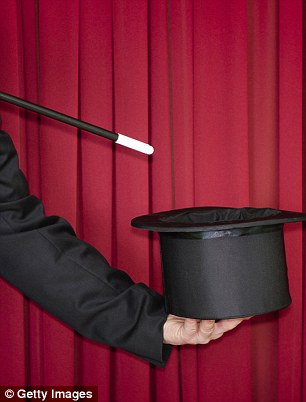 As if by magic: The card you apply for can quickly disappear

The first step is to check your credit score (see below).

Remember, applying for a deal slightly lower down the best buy tables which won’t attract as much attention may mean you are more likely to be given the best version of the card.

There tends to be little difference between the top deals, differentiated often by 0.1 per cent changes in handling fees or 0 per cent promotions just a month or so shorter.

Take guess work out of the equation

There are some helpful tools available which can help guide you towards the right credit cards. These usually soft search your credit file without leaving a mark and bring up a list of cards you are likely to fulfill the criteria for.

While this is isn’t foolproof, it will give you a better idea of what level of card you should be looking at.

Jones says: ‘This can really help people target their card applications where they’re likely to be successful, taking much of the guesswork out of applying for credit and reducing the chances of wasted applications and unwanted credit report footprints.’

Price comparison sites, Money.co.uk, uSwitch, MoneySupermarket, TotallyMoney all have their own versions, as does referencing site, Experian.

You can go one step further – MoneySupermarket offers a pre-approved service within its Smart Search tool for cards from certain providers.

The comparison site will guarantee that if a customer is accepted for these particular cards, they will get the advertised rate and 0 per cent promotion shown on the site.

If you have already got a card in mind, it’s also worth checking whether the lender has their own eligibility checker.

MBNA, NatWest, Barclaycard, Capital One and American Express all have their own tools which soft search your file to find out if you are likely to get the deal.

Choose a card that only offers one deal

But there are some banks which go one step further and offer ALL customers the same deal.

Santander and Virgin Money offer the most transparency, promising that anyone who successfully applies for any of their range of cards will be given the advertised deal. That means both the 0 per cent promotion on offer, and the APR.

Sainsbury’s Bank and HSBC promise that while the rate you are offered might be higher, all borrowers accepted will get the advertised 0 per cent promotion.

HOW TO CHECK YOUR CREDIT SCORE IS UP TO SCRATCH

How important is your credit score?

There are three main credit referencing agencies Experian, Equifax and CallCredit, all three of which store broadly the same information but your actual scores may differ slightly.

Your file shows your name and address, any electoral roll information, details of any open accounts (or any closed in the past six years) such as loans, credit cards, overdrafts or mortgages.

It will also include any previous application searches, details of any missed or late payments and information on any history of bankruptcy and CCJs and any joint credit.

How you can check your credit score for free

Experian and Equifax offer 30-day free trials of their service online but you will need to remember to cancel before the end of the promotion to avoid subscription fees.

Checkmyfile which offers a free trial to check your reports with both Equifax and Callcredit.

Other free tools include Experian’s CreditMatcher, Noddle from Callcredit, ClearScore,

Checkmyfile which offers a free trial to check your reports with both Equifax and Callcredit.

Alternatively you can request a snapshot excluding any score by requesting a statutory credit report online or by post at a cost of £2 from each agency.