Why Canada’s Ontario is the hot new holiday destination

Sure, it’s got those big ticket tourist attractions such as Toronto’s CN Tower and the jaw-clanging majesty of Niagara Falls, plus that classic Canadian wilderness of shining lakes, softly sloping hills, endless skies and a tangle of white pines and red cedars. 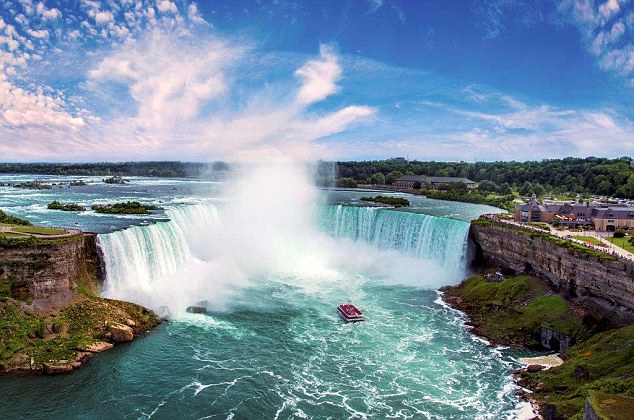 Most people know Ontario for the jaw-clanging majesty of Niagara Falls – but it has much, much more to offer

But beyond the Ontario you think you know lies an intriguing province ripe for exploration; from cosmopolitan cities and simple pleasures in Muskoka’s Cottage Country, to a delicious culinary scene which takes you from dress-up fine dining in glittering restaurants to canoe picnics on the lake. 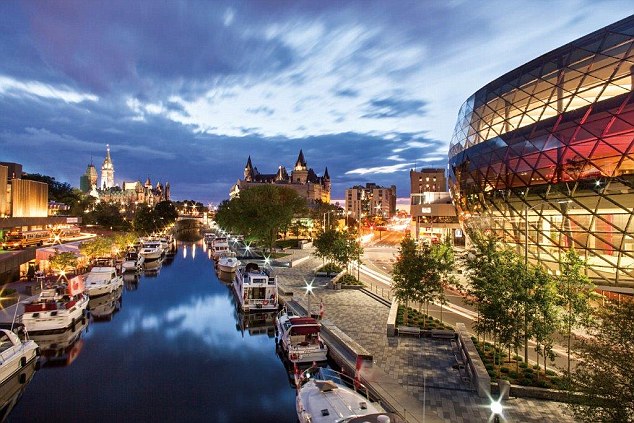 Toronto may bag most of Ontario’s headlines, but many other cities are there to be discovered such as Ottawa (pictured)

Picture-perfect Toronto with its movie star good looks, big name festivals, 24-hour city buzz, and iconic buildings may bag most of of the headlines, but Canada’s capital Ottawa is no slouch when it comes to the big city experience – and comes with the bonus of possibly spotting the country’s Prime Minister with his Disney Prince good looks out on a walkabout near parliament!

Did you know you can skate through the city in winter along the Rideau Canal which becomes the world’s longest ice rink each year for its Winterlude Festival?

In the summertime you can rent a kayak and go for a paddle on its still waters, or head out of town for an afternoon riding whitewater rapids on the Ontario River. 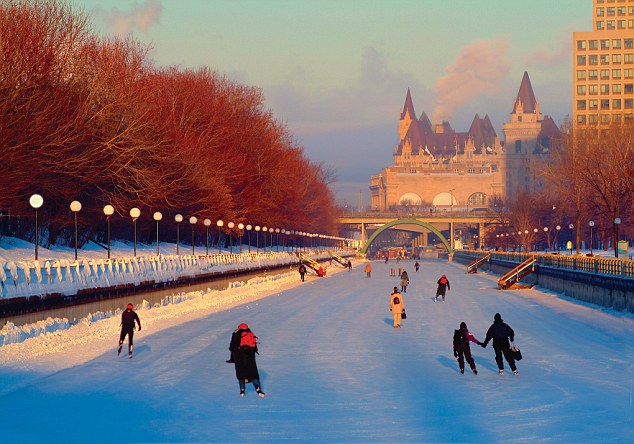 All big cities have their great museums and Ottawa is no exception with its world class National Gallery of Canada with the all-new Canadian and Indigenous galleries, or the Museum of Nature with its stunning Arctic Gallery which transports visitors to the frozen North with a multi-sensory experience – and even real ice! 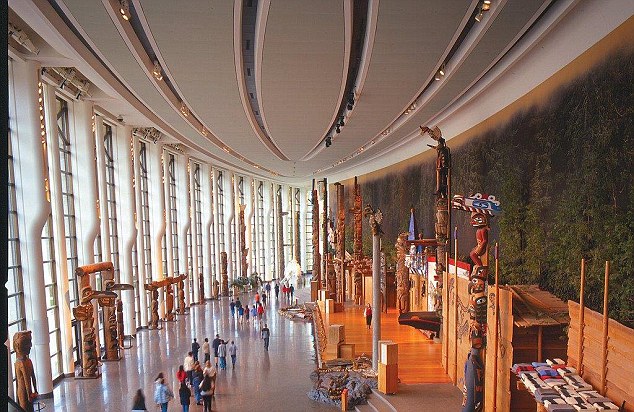 But if you want to see an unexpected side of the capital, head underground to visit the massive, 100,000-square-foot Diefenbunker and delve into Prime Minister John Diefenbaker’s answer to mid-century Cold War fears, or book afternoon tea of the veranda of Laurier House, home to two ex-Prime Ministers, with pastries served up by the Cordon Bleu culinary school. 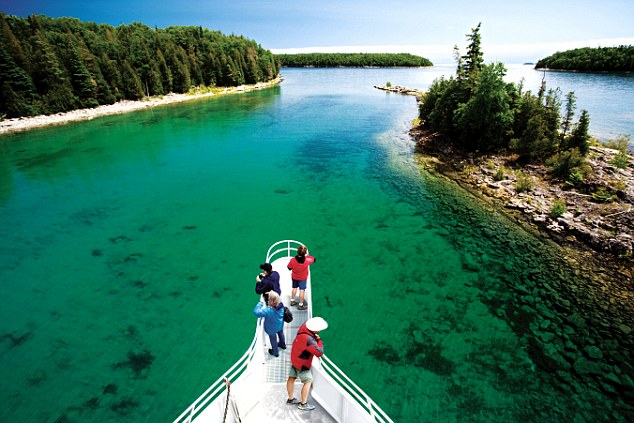 Canadians have been enjoying the bucolic pleasures of Cottage Country for generations, soaking up the delights of the friendly small towns of Muskoka and indulging in all it has to offer. 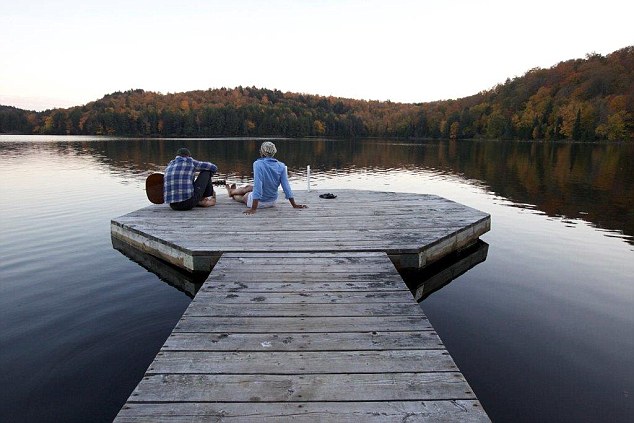 Paddle out on a kayak camping adventure, rent a cosy Parks Canada oTENTik and sleep soundly in a cabin under shady spruce and tamarak trees. Take it easy and laze on the sands on a beach day at Arrowhead Provincial Park, or seek inspiration on the bike trails or head out hiking along the bluffs and across millennia-old Canadian Shield.

Elegant dining or picnic casual: taste it all

No matter whether you’re looking for a quick bite or a savour-every-second special dinner, you’ll be delighted with Canada’s culinary chops; and beer and wine fans will love exploring Ontario by way of its breweries and wineries; yes! Canada makes wine. 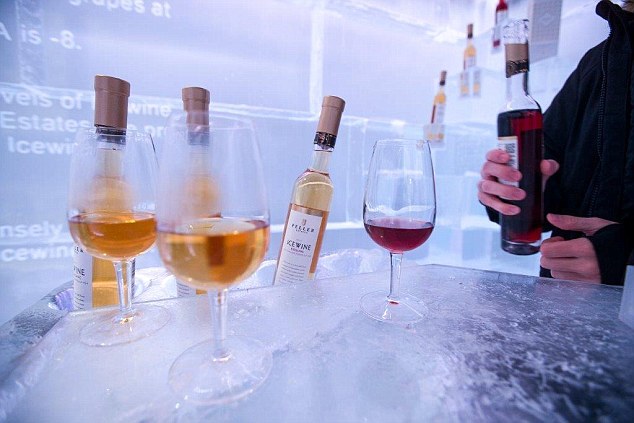 Or try Fairouz, which whips up modern Middle Eastern cuisine in a heritage mansion in the heart of the Ottawa’s Somerset Village ‘hood. 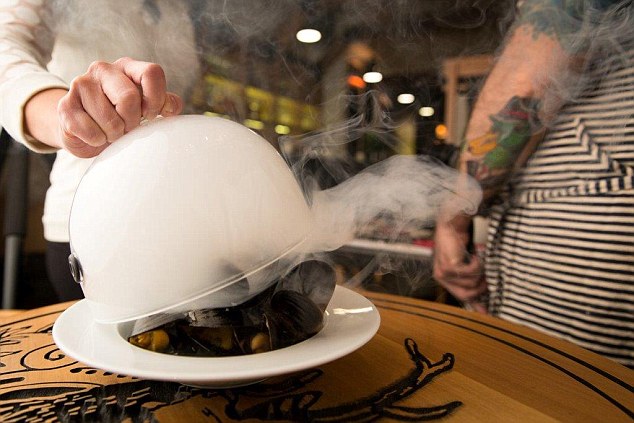 Toronto offers destination dining too, at spots such as Canoe on the 54th floor with a stunning city view and gloriously inventive food to match. But away from the big names, you’ll find plenty of intriguing places to chow down, such as tiny Boralia in the hip Ossington district, which recreates Canadian-inspired dishes from First Nations recipes through to favourites from early settlers. 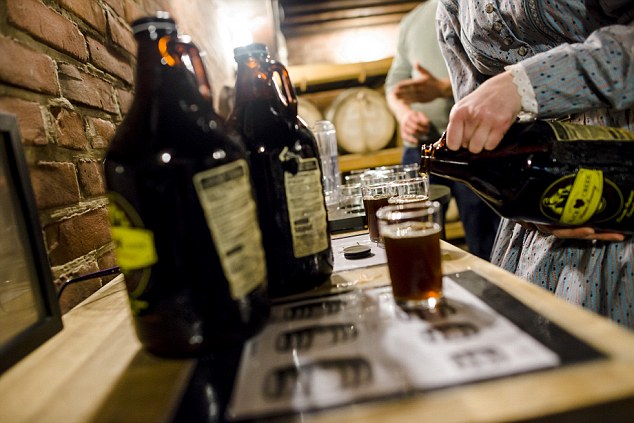 Pop your cork on a tour around Niagara-on-the-Lake, or Prince Edward Country and sniff, swirl and sip your way through a taste of Ontario’s mineral-rich terroir, where they excel in aromatic whites, cool climate reds, exceptionally good sparkling and that famous icewine.

The craft beer scene is rocketing in popularity and you can get a true ‘grain to glass’ experience across the province. Head out in Toronto’s Junction neighbourhood to visit a cluster of microbreweries or challenge yourself to complete the True Brew Path in neighbouring Hamilton while exploring the Niagara Escarpment’s hiking and biking trails! 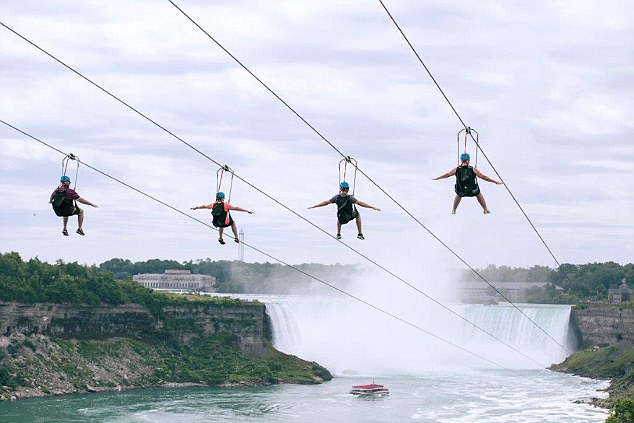 Because ok, it wouldn’t be Ontario without Niagara Falls, but you can see one of the natural wonders of the world from a fresh perspective if you dare to try the brand new Mistrider zip line which takes you on a high adrenaline adventure 67m (220 feet) above the ground along the Niagara river gorge to the Falls observation landing.

And if thrills are what you’re looking for, you still can’t beat the heart pumping high of walking out onto the narrow ledge at the world’s highest full circle hands free walk, 356m/1168ft (116 storeys) above the ground at the CN Tower on the EdgeWalk.

The photos and video you bring home are guaranteed to make everyone see you in a whole new light. 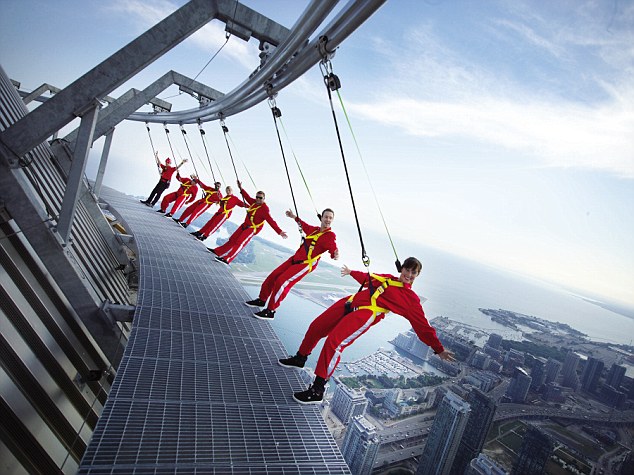