The controversial blanket playground ban which outraged many parents in Victoria could soon be lifted.

Premier Dan Andrews is said to be leaning towards scrapping the community restriction – despite the state recording 79 new Covid-19 cases on Friday.

The spike in case numbers – there were also 80 on Thursday – was the highest daily increase since September 2 last year, when 110 cases were reported.

Victoria’s latest lockdown – set to end on September 2 at 11.59pm – will more than likely be extended, with more mystery cases emerging each day as well as a high percentage of cases not currently in isolation.

Victorian premier Dan Andrews angered many parents when he closed children’s playgrounds earlier this month (pictured, a family out and about in Melbourne) 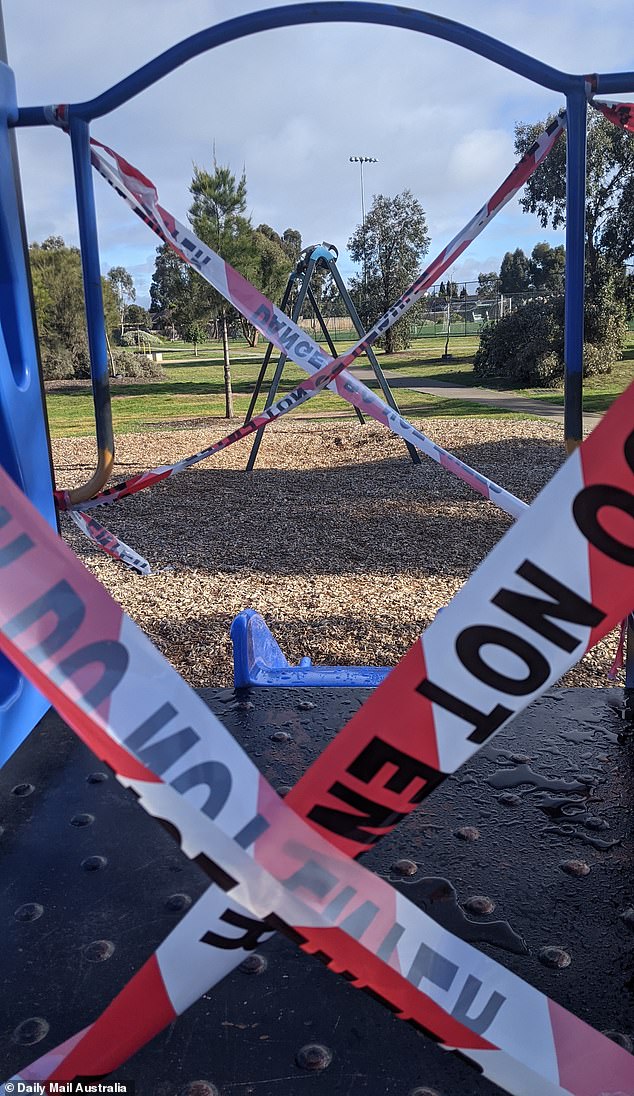 Despite the rise in case numbers, health authorities have said any evidence of playground transmission remains ­inconclusive.

‘We don’t get a definitive answer. We don’t have an alternative explanation and that becomes a working hypothesis,’ chief health officer Brett Sutton said.

‘We can’t see the virus transmit from one person to another so we don’t know ­definitively.’

Earlier this month, Andrews defended his unpopular decision to close children’s playgrounds in Melbourne, pointing out 50 children in the city had tested positive for Covid-19.

‘We have seen evidence of transmission between people that don’t even know each other and don’t know that they were in the company of each other,’ the Premier said at the time.

‘This is tough. But the best thing we can all do is stick together and hopefully drive down the numbers.’

Playgrounds, basketball courts, skate parks and exercise equipment in metropolitan Melbourne were closed from August 16 after CHO Brett Sutton said the measure was needed to reduce transmission of the Delta variant.

The decision was widely slammed by lockdown-weary Melbourne families with children struggling during their sixth lockdown.

‘Getting to a playground is one of the few things you have left to alleviate boredom with the kids, it’s a punch in the guts,’ Melbourne father Toby Cummings said.

Professor Sutton explained the rationale for the decision.

‘There have been instances where parents supervising children at playgrounds were sitting down, drinking coffee and not wearing masks or social distancing,’ he said.

‘That’s the transmission risk, and the more we can get on top of each and every time – whether it’s a small and moderate or a significant contributor to that overall burden of transmission – we have to get to the finish line fast, so that this doesn’t drag on and on.’

A number of doctors, paediatricians and infectious disease experts also urged the Andrews government to rethink the closure of playgrounds, warning the mental health toll for children could outweigh the risk of coronavirus transmission. 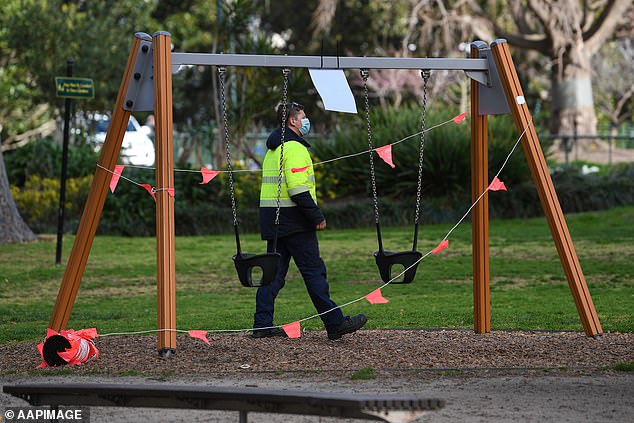 Playgrounds, basketball courts, skate parks and exercise equipment in metropolitan Melbourne were closed from August 16 after CHO Brett Sutton said the measure was needed to reduce transmission of the Delta variant (pictured, a council worker closes off a swing set near the CBD) 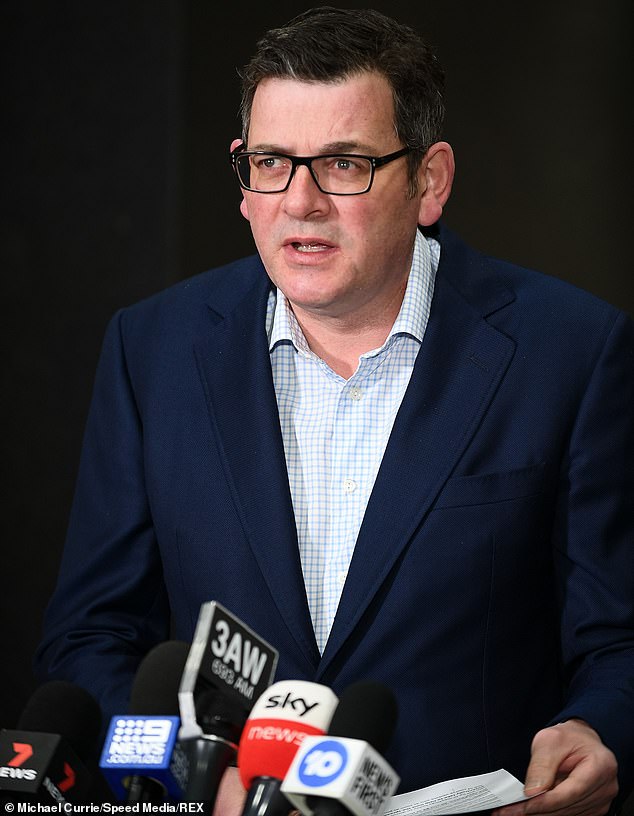