‘Why did you kill my brother?’ questions son of mother pleaded guilty to killing toddler sibling

A NSW woman who has admitted brutally killing her toddler has been called ‘the worst mother in the entire world’ by her surviving son.

‘Like how could you kill him? No, why did you kill my brother?’ the boy said in his victim impact statement read out in the Supreme Court on Friday.

‘I still haven’t come up with any reason why you were crying at the cemetery that day when you were the one who killed (him).’

An adult read the 10-year-old’s statement at the sentence hearing of his mother, who appeared via video link from jail.

She has pleaded guilty to manslaughter, by an unlawful and dangerous act, of her two-year-old son in August 2018.

The toddler had injuries to his head, chest and abdomen caused by multiple forceful blunt impact traumas.

‘Significant force was involved, for example forces similar to those seen as a result of high-speed motor vehicle accidents,’ according to the agreed statement of facts.

Relatives said she had a history of hitting the toddler, with one saying ‘she would grab him by the hair and pick him up and throw him all the way over to the lounge’.

One woman said they told her: ‘If you don’t want (him) to give him to one of us so we can look after him’. 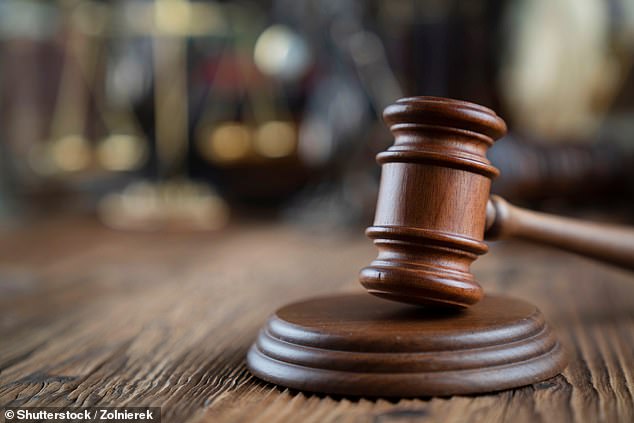 The toddler was admitted to hospital where he did not recover from numerous blunt-force impact injuries to his head, chest and abdomen

‘I never seen him happy,’ the woman said.

‘But she would get mad and say ‘They’re my kids. None of your business. If I hit him, I hit him’.’

After the serious injuries were inflicted, the family went to the home of relatives who advised her to take him to hospital.

The mother instead went out and bought alcohol and later put the limp and floppy boy in the shower until she eventually took him to hospital.

A nurse physically took the child and ran into the emergency department where CPR was performed to no avail and he was pronounced dead.

The mother gave false, inaccurate or incomplete explanations for the injuries, including saying she had seen another son standing on the toddler’s chest.

‘You tried to blame me for it all,’ the boy said in his victim impact statement. 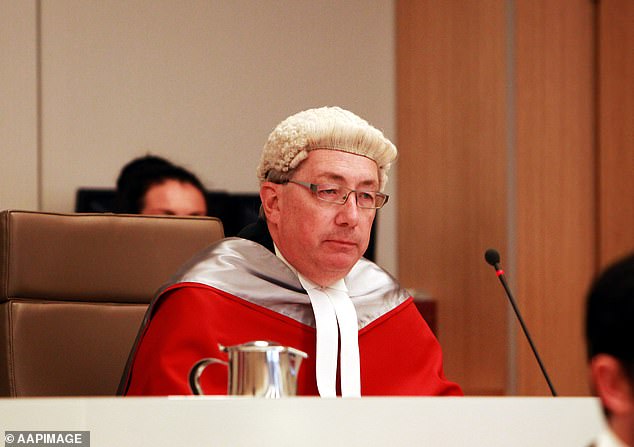 He said she tried to keep him locked in a bedroom ‘while you smacked, belted, and hit again and again’.

He was very glad to now be with another family.

‘In my bedroom I have a picture of (the toddler). I think of him every night, and that he is not here with us. That makes it harder for me to fall asleep.’

The boy said he had become creative and was good at drawing animals and making things.

‘When I do that I don’t have to remember.’

In a letter addressed to the judge, the mother said, ‘I apologise to the court for the mistake I could have prevented.’

She asked if the judge could forgive her ‘of weaknesses, the foolishness misbehaved action I didn’t mean to have done’.

‘Regretful and remorseful of my stupidity and arrogance, embarrassed and ashamed of myself.’

Justice Peter Garling will sentence her on a later date.