Why didn’t Amy Winehouse biopic makers ask us about her, say friends

‘How can it be authentic if they don’t know the real Amy?’: Why didn’t Winehouse biopic makers ask us about her, say friends

Friends of Amy Winehouse are furious with the makers of an upcoming biopic for failing to consult them about the star’s life.

They claim that executives working on Back To Black have not been in touch to ask about their memories of the late singer, raising fears that the film will be inaccurate.

One told The Mail on Sunday that they are also unhappy at the casting of Marisa Abela – star of the BBC’s risqué drama Industry – because, despite the near perfect wig she wears and the identical tattoos, they do not think she looks like the Rehab singer.

They also contrast Roedean-educated Ms Abela’s social background with London-born Ms Winehouse, who was known for her streetwise persona.

Friends of Winehouse claim that executives working on Back To Black haven’t been in touch to ask about their memories of the late singer, raising fears that the film will be inaccurate

‘Nobody consulted us about Amy,’ said the friend. ‘How can it be authentic and accurate if they don’t know the real Amy or the truth about what happened in her final years? We are against this and we are upset. Amy was absolutely striking.’

Despite it being almost 12 years since Ms Winehouse was found unresponsive at her townhouse in Camden, North London, in July 2011, her grief-stricken friends still believe it is early for such a film to be made. However, movies about late stars have been released sooner. I Wanna Dance With Somebody, a film telling the life story of pop star Whitney Houston, who died a year later, in 2012, is currently in cinemas.

Sources on the set of Back To Black – directed by Sam Taylor-Johnson and named after Ms Winehouse’s hit 2006 album – say that filming is only due to last eight weeks, which industry insiders believe is not very long for such a production. 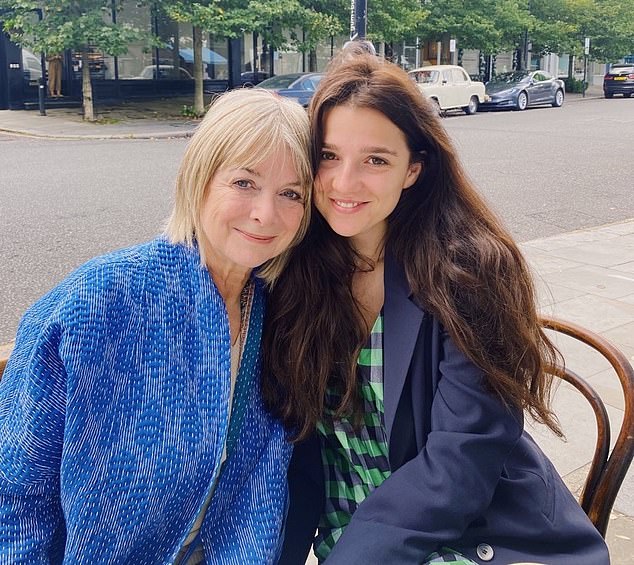 Pictured: The actress with her mother Caroline Gruber

One insider said: ‘It all feels very fast, almost a bit smash and grab.’

They also questioned how the paparazzi were presented during scenes filmed last week.

Onlookers say photographers were depicted as being aggressive towards Ms Winehouse, while in reality the pop star, who was 27 when she died, had a respectful relationship with them and grew to be friendly with some.

Eddie Marsan will star in the film as the singer’s father Mitch and Jack O’Connell as her husband Blake Fielder-Civil.

Miss Abela, 26, who is also set to appear in Greta Gerwig’s new Barbie movie, due to be released in July, had originally planned to go to university to become a human rights lawyer. 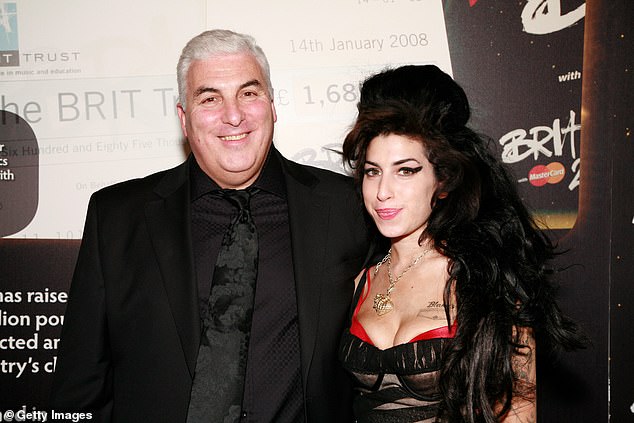 Mitch Winehouse and Amy Winehouse backstage during The BRIT Awards 2008

However, she changed her mind at the last minute, instead deciding to attend drama school Rada to follow in the footsteps of her mother, the actress Caroline Gruber. Both mother and daughter have raised eyebrows in their acting careers – Miss Abela in her risqué sex and drugs scenes in Industry, where she plays City worker Yasmin Kara-Hanani, and Ms Gruber in comedy show Heil Honey I’m Home!, in which Adolf Hitler and Eva Braun move next door to a Jewish couple.

The series – described as ‘the world’s most tasteless situation comedy’ – was cancelled in 1990 after just one episode.

Although Miss Abela attended the £20,000-a-year Roedean school in Brighton, East Sussex, she grew up in a modest semi-detached bungalow with her mother.