Why is Tammy Hembrow touching her stomach?

She is using her platform for good, after recently joining forces with an anti-bullying and youth suicide prevention organistion.

But Tammy Hembrow has set tongues wagging for a different reason, after she was seen persistently touching her stomach in a video shared to Instagram last week.

The fitness entrepreneur was seen covering her tummy with both hands as she spoke at a youth empowerment event.

Why is Tammy Hembrow touching her stomach? Instagram model covers her tummy with both hands while speaking at anti-bullying campaign. Pictured right, ICANIWILL CEO, Conan Visser

She spoke alongside ICANIWILL CEO, Conan Visser, at an event held last week and kept placing her hands on her mid-section.

Daily Mail Australia has reached out to Tammy for comment.

Dressed in tight grey leggings and a matching sleeveless hoodie, the mother-of-two was dressed for comfort as she spoke about ‘important issues’ that affect young people. 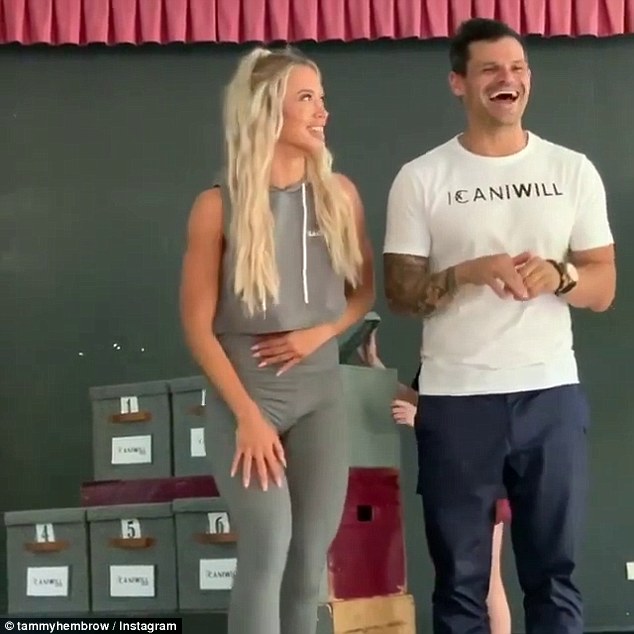 Dressed for comfort: Tammy kept placing her hands on her mid-section and wore tight leggings with a sleeveless hoodie

‘Had SO much fun the other day with @icaniwillaustralia,’ she wrote on Instagram this week.

‘We played a fun game and spoke about some really important issues.

‘They are all about raising awareness for bullying & youth suicide and I was so happy to be a part of it.’ 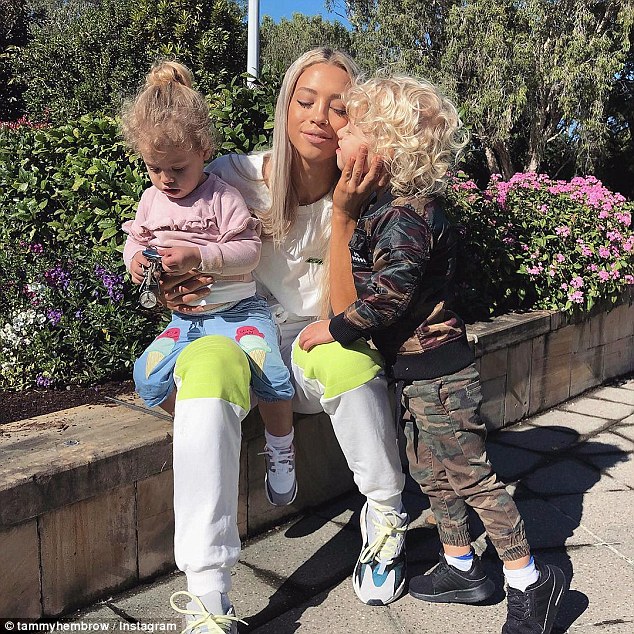 Motherhood: The Instagram model is mum to a daughter Saskia, two, and son Wolf, three, who she shares with ex-fiancé, Reece Hawkins

It comes four months after Tammy broke off her engagement to the father of her two children, Reece Hawkins.

They share a daughter Saskia, two, and son Wolf, three.

‘You have a picture of what you think your life is going to be like and then circumstances change and people change too,’ she recently told Jute magazine. Over: It comes four months after Tammy broke off her engagement to the father of her two children, Reece (right)

‘We were young when we got together and still figuring things out. I think when people are weighing in on your personal life while you’re trying to understand things yourself it can feel like a lot of pressure.’

Reece has since been linked to model, London Goheen. 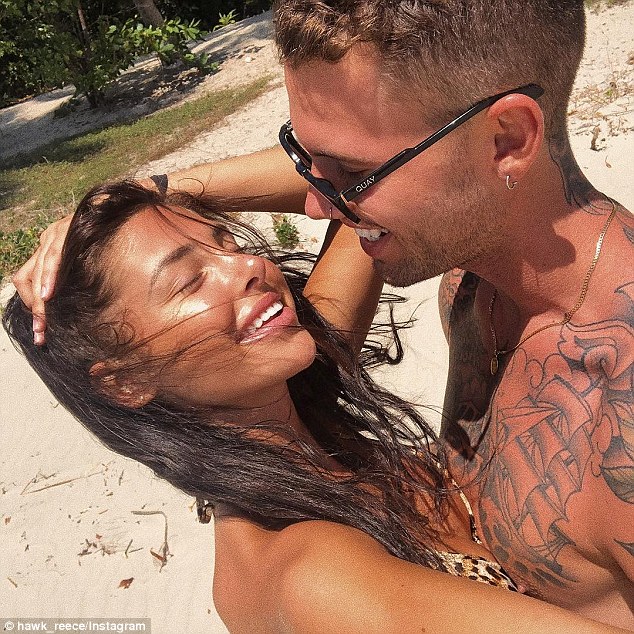 New girlfriend: Reece has since been linked to model, London Goheen (left)