Why it DOES pay to fight unfair parking fines right to the top!

Christine Wilmshurst is losing her patience. ‘It’s not my fault and I’ve made endless phone calls explaining all of this,’ she complains.

The resident of Shoreham-by-Sea, West Sussex, is contesting a £70 parking ticket — one of millions dished out by local councils every year.

Her initial objection fell on deaf ears, so she has taken the fight to the Traffic Penalty Tribunal (TPT).

Odds on: There are around 35,000 parking fine disputes each year – and two-thirds of those challenging parking fines win their case

This is a free service for motorists which handles complaints about all local authorities in Wales and England, excluding London.

There are around 35,000 disputes each year — and two-thirds of those challenging parking fines win their case.

It’s a Thursday morning and Money Mail is watching virtual hearings take place via video call — allowing motorists to have their day in court from the comfort of their living rooms.

No motorists are required to turn on their web cameras. But David Binns, a middle-aged adjudicator wearing a suit, soon appears on the screen.

The tribunal adjudicators are all lawyers with at least five years’ experience and their appointments are agreed by the Lord Chancellor of Great Britain.

It is Mr Binns who will decide who wins each hearing: the local authority or the motorist.

There is a three-minute delay as Christine struggles to connect her microphone. Mr Binns then introduces himself and the ‘presenting officer’ who will speak on behalf of the council.

He asks Christine to confirm she is the registered owner of the car and invites her to explain what happened.

She got a ticket after her resident’s permit expired while she was ill with covid. She tells the tribunal she went to Worthing Parking Shop to buy a new permit on May 5, as soon as she was better.

However, there was a sign on the door explaining the shop was permanently closed, directing residents to renew permits online.

Christine tried this, but couldn’t find the name of her street during the application process.

And despite calling Adur District Council to explain what had happened, she ended up receiving two parking tickets – on May 10 and May 11.

Faheem Tanoli, 37, was on his way to a hospital appointment in March when he was filmed driving in a bus lane.

It had only been introduced a month earlier and he had not seen any road markings.

So when he received a £60 fine, the father-of-one, a tech sales worker complained to Southampton City Council. 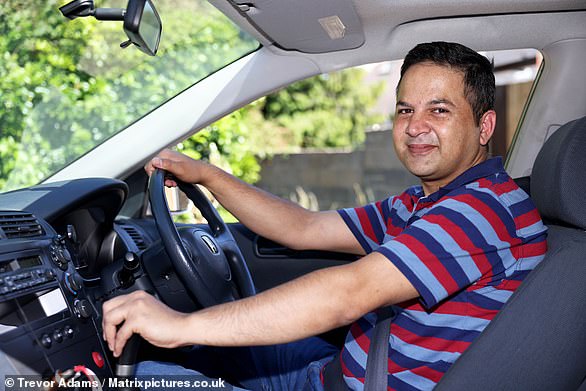 Victory: Faheem Tanoli was fined £60 after being filmed driving in a bus lane

But after getting nowhere, Faheem took his case to the Traffic Penalty Tribunal (TPT).

He spent hours preparing for the hearing in June and visited the bus lane to take pictures of the poorly marked and signed road.

Ultimately, the adjudicator ruled in his favour, citing the lack of road markings visible.

Faheem says: ‘I would definitely recommend doing it. It’s always easier to fight your case face-to-face, rather than through a form.’

A Southampton City Council spokesman says it will consider whether changes are required to a parking scheme if it loses an appeal.

The presenting officer admits Christine and her neighbours cannot renew permits online and must call or email.

The council representative disputes this account and claims Christine and her neighbours have been able to buy their residents’ permits from the shop, which is now permanently closed.

Eventually, the council representative agrees to ‘exercise discretion’ and cancel the May 11 ticket. But the other fine is still outstanding, because she only formally submitted an appeal against one ticket.

Encouragingly, Mr Binns says: ‘I hope the council will reflect on what’s happened today. If not the ticket can be referred back to the tribunal by yourself.’

Before you can challenge a fine, you must have gone through an initial appeal and received a ‘notice of rejection’ from the council. There are several possible grounds for appeal, including poor signage.

TPT’s website also lists ‘compelling reasons’, such as a medical emergency, where it could ask the council to reconsider a fine.

It will also consider penalties for other offences, such as driving in a bus lane. Drivers are required to submit evidence to support their complaint in advance, such as photographs of road markings. 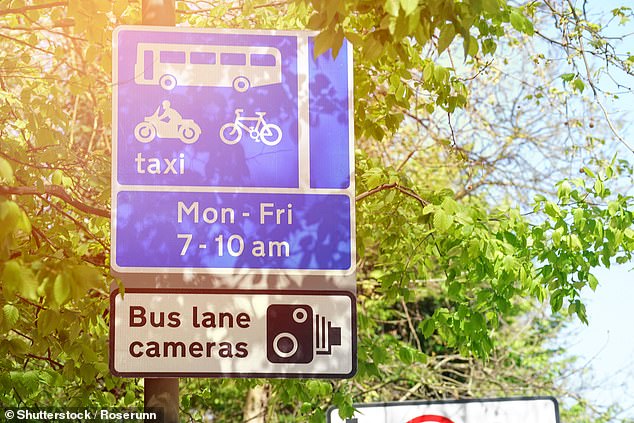 The Traffic Penalty Tribunal will also consider penalties for other offences, such as driving in a bus lane

In most cases, adjudicators deal with complaints themselves and send a letter or email detailing their decision.

Only around one in ten appeals requires a hearing, and just 5 per cent are conducted in person. The remainder are held via video call. Over two days, I watch seven hearings — with five motorists emerging victorious.

One, Afroze Khan, tells the tribunal he hadn’t realised he was in the wrong when he parked at a service area in Camberley.

The doctor was on call and had to be within the vicinity of Frimley Park Hospital. Double yellow lines had been painted nearby, but he didn’t realise these applied to the whole area and was fined £70.

Woking Borough Council’s presenting officer claims the markings were correct. But Mr Binns is unconvinced, and scraps the charge on the basis the council had not provided ‘adequate signage to convey an unusual and complex set of restrictions’.

Other motorists, such as Jocelyn Jacobs, appear to win on a technicality. She tells the tribunal she had received a £50 fine after failing to buy a ticket when parking in a Pay and Display area.

She wins her case as Basingstoke and Deane did not submit photographs of the signs.

Mr Binns says: ‘It is for the council to prove signs were in place.’

Another driver, Martin Hindle, wins his parking fine appeal against Medway Council in just 12 minutes because it failed to supply the penalty charge notice to the tribunal.

However, others are not so lucky. Jessica Mayall left her Golf overnight in Tunbridge Wells.

Parking restrictions kicked in at 8am and her car was ticketed at 9.14am.

She claims she walked back home to get a tyre pressure gauge.

But Mr Binns refuses her appeal as he can’t see a problem with the tyre in the photo and notes she could have used the pump in her boot.

Motorists who lose their case must pay the full fine, forfeiting the 50 per cent discount for those who pay early. If still unpaid after 28 days, councils can issue a charge certificate, which hikes the cost by 50 per cent.

There are similar dispute services — the Parking and Bus Lane Tribunal for Scotland, and London Tribunals — for drivers in Scotland and the capital.

If you are fined by a private firm you may be able to complain to a trade body such as the British Parking Association, if it is a member.