Kourtney Kardashian is a health fanatic who avoids gluten, dairy and sugar while only eating organic produce.

So it may not surprise her fans to know that the reality TV star and mother-of-three, 37, doesn’t have a microwave in her kitchen.

But her reasons for why she never uses the appliance have been discredited by university research, FEMAIL can reveal.

Kourney made the admission on her website, where she wrote: ‘One kitchen appliance I never use is a microwave.

‘If anything needs to be heated up, I prefer to use the oven, stovetop or toaster oven instead.’

However her explanation may raise a few eyebrows.

She continued: ‘When I had Mason, I did a lot of health-related research, and decided to get rid of my microwave when I read that toxins from plastic containers can be transferred to food when reheated’. 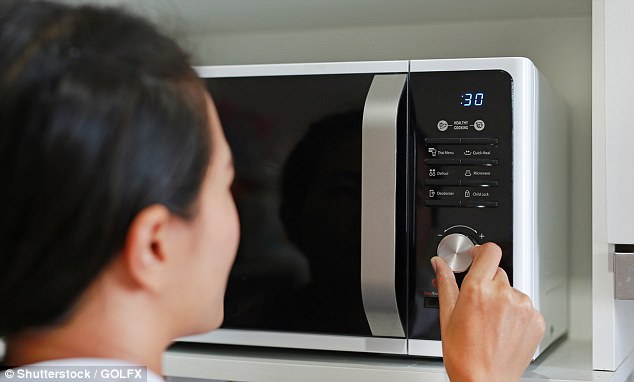 She went on to add: ‘I’ve heard microwaves can leach nutrients from food and use radiation to heat food.

‘I’m not sure how accurate this is but when it comes to my family I play it safe’.

Kourtney is right to cast doubt over these assertions as research has proved them to be unfounded.

According to Harvard Medical School, microwaving food in plastic does not release toxins into food.

There is some evidence that substances called plastisizers used to hold plastic compounds together can leak into food, the researchers admit. 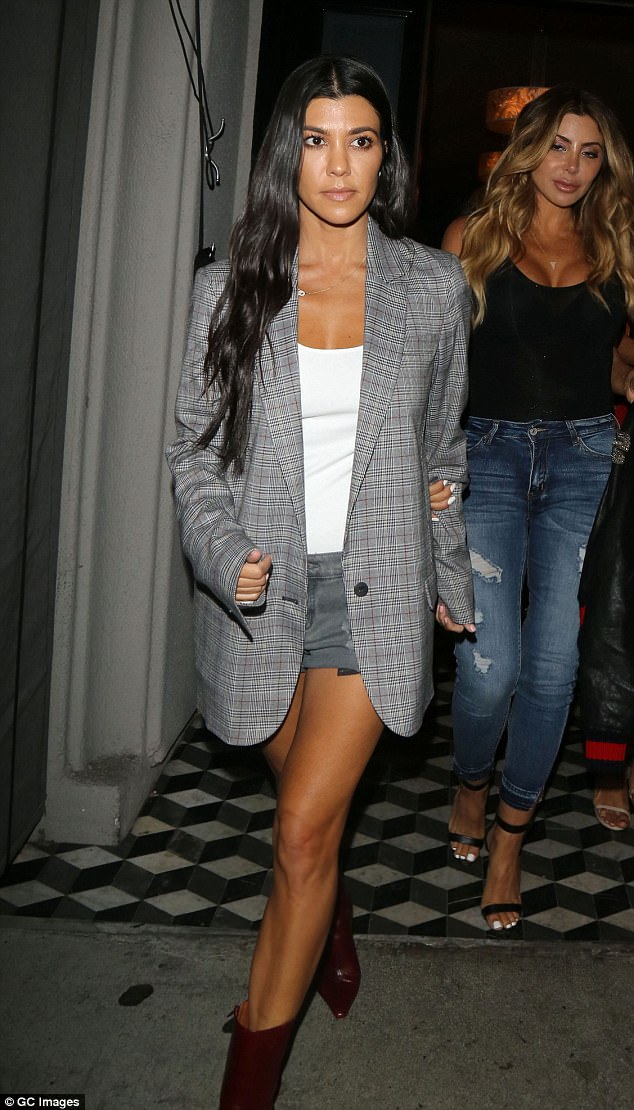 Kourtney says she also doesn’t like microwaves because one part of the food can be much hotter than other parts as it can cook unevenly, which she says can be dangerous with small children

But the Food and Drug Administration requires plastic container manufacturers to make sure that the amount of plastic that could leak into food is 100 to 1,000 times below the limit of what might be harmful to a lab animal, let alone a human.

Containers that are ‘microwave-safe’ are therefore safe to use to reheat food.

Harvard research also asserts that all food will lose nutrients when heat is applied, whether it’s from an oven or a microwave.

And in fact, microwaves can preserve more nutrients in food than other cooking methods as cooking times will be shorter in a microwave than in a regular oven, for example.

Harvard goes so far as to say microwaving is one the best cooking methods for retaining nutrients.

Kourtney is of course free not to use a microwave, despite the research indicating her reasons for eschewing the device are unfounded.

But one of her justifications does make sense.

She also wrote that ‘microwaves can sometimes heat food unevenly, so some parts are scorching hot and others are cold, which is obviously a concern for babies and children.’

But for the rest of us, we don’t need to panic that microwaves are causing us or our children harm based on Kourtney’s words.