REVEALED: Why police immediately ripped off Sydney stabber’s pants, shoes and socks before arresting him

By Sahar Mourad and Alana Mazzoni For Daily Mail Australia

After a dramatic takedown, police and pedestrians were seen taking off the Sydney knifeman’s socks, shoes and pants as he laid sprawled in the road.

Mert Nay, 21, from Blacktown in the city’s west, was arrested a short time after 2pm in Sydney’s CBD, after allegedly stabbing one woman and slashing another woman’s throat, leaving her to die.

Dramatic footage of the arrest shows bystanders holding Nay down and a milk crate being used to keep his head trapped. 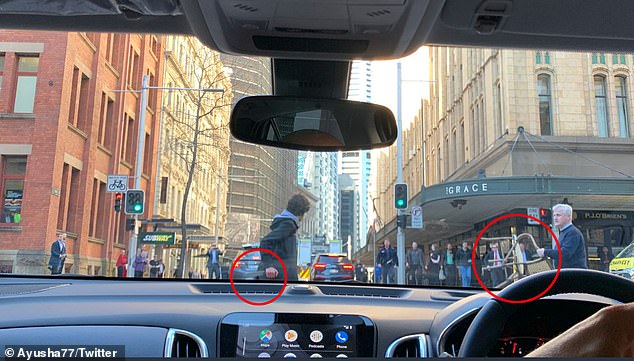 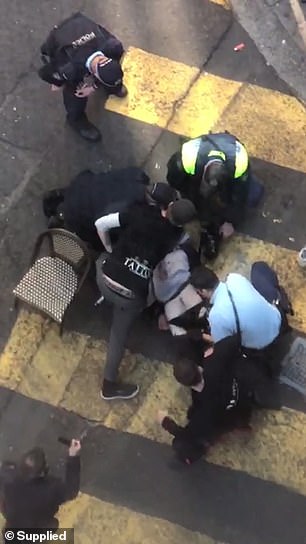 One person could be seen kicking off Nay’s shoes as nearby police grab them and pull down his socks.

The reason for this is to ensure there is no weapon hidden elsewhere on the alleged attacker’s body.

‘The man reason why that would happen is if he was concealing any drugs or any sort of weapons in his shoes and socks,’ Mr Khan said.

‘It’s easy to hide small blades or knives in the sole of the shoe’.

‘When police arrest any individual they need to ensure their own protection as well as the safety and protection of the person’.

Mr Khan said that ordinarily during arrests, police are known to pat down a suspect’s jacket of check their pockets.

‘Officers won’t go to the extent of a strip search during an arrest, but still a search to make sure there’s no weapons to hurt themselves or the police officers’.

‘For this individual it’s more of a concern because hes alleged of stabbing someone’. 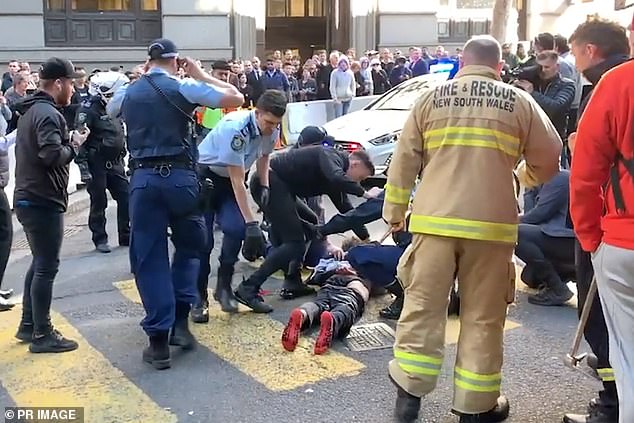 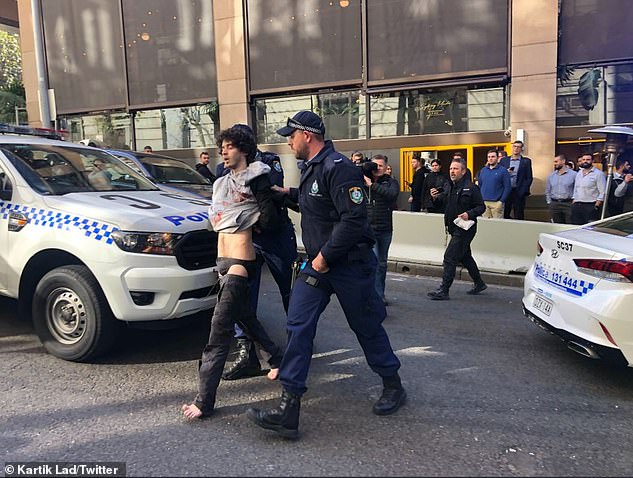 Police were called to King and Clarence Streets in the CBD, near Wynyard Station at about 2pm on Tuesday

Police said they do not believe it is a terror-related incident, and said the alleged attacker did not have links to any terrorist organisations.

Horrific footage showed the man, wearing a grey hooded jumper and holding a large knife, jumping on top of a Mercedes while screaming ‘shoot me in the head’.

Police praised on Tuesday evening the civilians, fire fighters and ambulance staff for preventing ‘what could have been a much worse situation’.

They said the woman’s body was found in the unit on Clarence Street at 3.15pm, with a witness saying it was found on the building’s fourth floor. 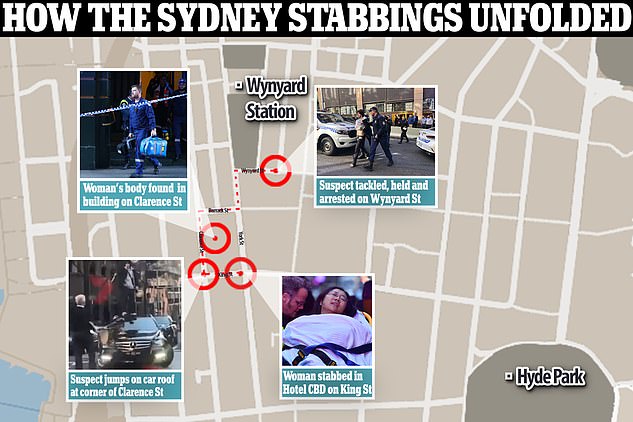 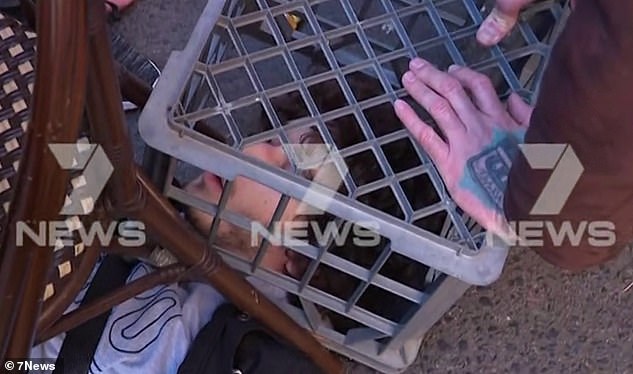 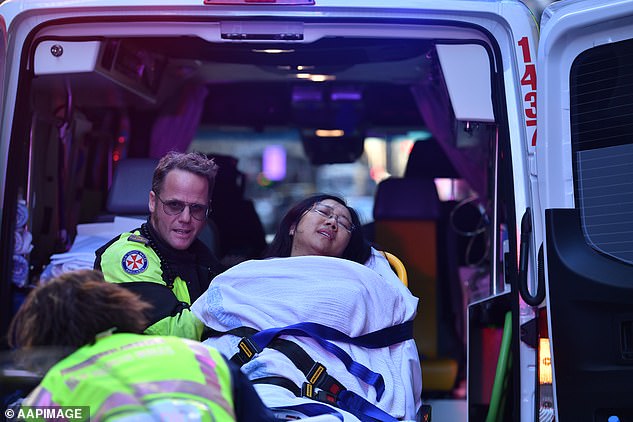 Moments before the attacker was arrested, another woman was found inside the Hotel CBD with a stab wound. She was taken to hospital in a stable condition.