We stopped short of naming it, but in every other respect, the hulk of orange metal parked outside our home has been a treasured member of the family for 13 long years, firmly at the heart of all our shared milestones.

Cherishing my children with all the attentiveness of an extra grandparent, it has ferried them to birthday parties, dance classes and sporting events, not to mention thrice-yearly trips to Scotland and annual summer holidays to France.

But now, with more than 100,000 miles on the clock, it’s time to bid farewell to our trusty Fiat Multipla. We simply can’t afford to run it any more, thanks to an extension of the daily £12.50 surcharge to drive older vehicles in the capital, which becomes law in October.

Unsurprisingly, we’re not the only London family rushing to offload their motor this summer. So far, my brother-in-law, three colleagues and several of my children’s friends’ parents have faced a mad scramble to trade in their polluting car for a cleaner version before the deadline. But there’s no comfort in numbers and, ridiculously, I find myself in mourning for its great bashed and rusting bulk.

Sarah Chalmers shares mourning her Fiat Multipla, as families in London offload their older vehicles before the daily £12.50 surcharge to drive them from October. Pictured: Sarah with her family and their much-loved Fiat Multipla

‘Last trip to Aldi,’ I murmured this week, while my husband rolled his eyes and muttered: ‘Thank goodness we never got a pet.’

In truth, it feels too early to be dispensing with the family car. Although my children are now 15 and 13, I had blithely assumed we would run the orange monster until it fell apart, or until the children no longer needed or wanted to accompany us on holiday — or anywhere else. Because it’s not only the car I’m grieving for, but what it represents.

The passage of time is etched on every window sticker, biscuit crumb ground into the floor and the fact that, while once I could barely see my kids’ heads above the car seats when I glanced in the rearview mirror, now they are so tall I struggle to reverse when they are in the back seat.

We bought the Multipla in 2008, after a particularly fractious ten-hour drive north in my in-laws’ ten-year-old Peugeot, when we were just starting to navigate the realities of being a family of five. Our first born, Freddie, was just shy of his third birthday, his twin siblings, Bobby and Loulou, were nine months old.

I spent the entirety of the journey wedged between their car seats, attempting to feed, soothe and change them.

By the time we arrived at my parents’ house in Fife, my feet were numb from lack of movement. If I was to get back in the driving seat of my own life, we were going to have to stop pretending we could muddle through this parenting lark, and buy a car that suited our needs.

Next morning we hot-footed it to the local Fiat garage and caught our first glimpse of the car. Bright orange (‘merengue’, said the salesman), it was a demonstration model that had languished unsold for a year. I can’t think why.

I liked the fact it stood out, and the even bigger sell was its capacity. Also, it was something of a snip at £9,000 for a virtually new car. 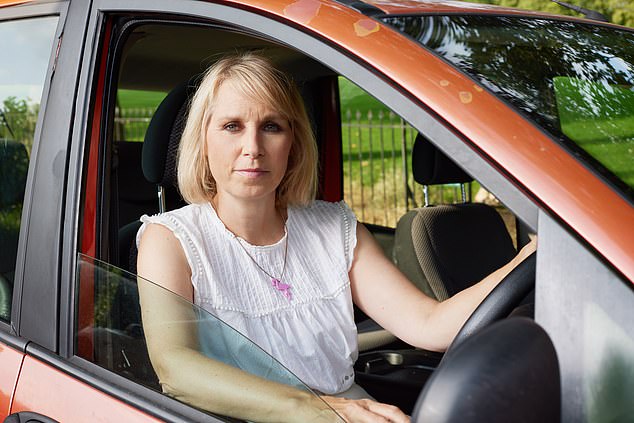 Sarah (pictured) said her family’s most stressful and funniest moments have happened in the Fiat Multipla she purchased in 2008 for £9,000

With three seats in the front (‘like a van’, Freddie noted with excitement) and three in the back, it allowed us to travel in some comfort. We stretched out our legs and thrilled at the luxury of a CD player for the return journey to London.

Once home, the Multipla merged seamlessly into family life. Like the rest of us it was loud, unkempt and impossible to ignore.

I’ve never seen the point of rolling up in a sleek, clean dream machine when the family within could never live up to the Brady Bunch promise. Better, surely, to herald our chaotic arrival with a car as bold, noisy and, yes, annoying as its owners.

The kids revelled in our quirky vehicle. ‘My car’s bigger than yours,’ they boasted to their friends, innocently unaware that the cars they deemed inferior probably cost three times as much as ours and could average twice the speed. The distinctive exterior was easy to spot in a crowd. Once, at Legoland Windsor, we almost lost a child and spent 15 minutes running up and down the aisles of the parking area screaming: ‘BOBBY’. The car, on the other hand, we located in ten seconds.

Some of our most stressful (see above) and funniest family moments have happened in that vehicle. A detective could determine which phase of parenting we were going through with just a glance at the car’s route planner, or a quick examination of the floor. 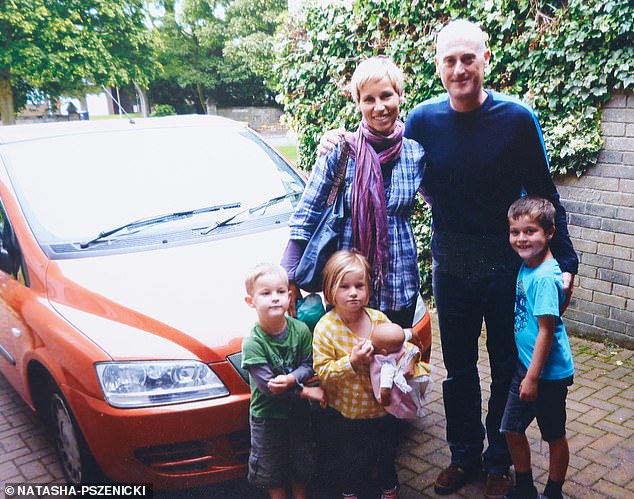 Sarah said in the past few years the car has shown signs of ageing, as the cam belt went and it experienced an electrical fault in the boot door suspension. Pictured: Sarah and her family

If a soft toy by the name of Racoony was wedged (lost again) under the passenger seat, we were still in the pre-school years.

If we were on our way to the bagel shop, it could have been any Saturday morning between 2014 and 2017 after football practice.

And if there was a smattering of fresh crisp crumbs on the back seat, it was probably sometime before 10am on an eight-hour journey north to see my parents (packed lunches already eaten).

So integral did the car become to family life that we adopted its hue, orange, as something of a mascot, the four-wheeled family member entering the lexicon of our ‘in’ jokes.

Whenever we drive through Islington, the kids love to chorus: ‘This is where you stormed off, mum.’ And in nearby Haringey, one particular junction has been renamed ‘F*** You corner’, after an exchange with a fellow driver (mum again).

Then slowly, almost imperceptibly, over the past few years things changed. Like an ailing dog, the car showed signs of ageing.

First to go was the cam belt, then a few weeks later an electrical fault in the boot door suspension meant it was prone to clanking down on your head if you missed the 19-second window to remove your shopping. 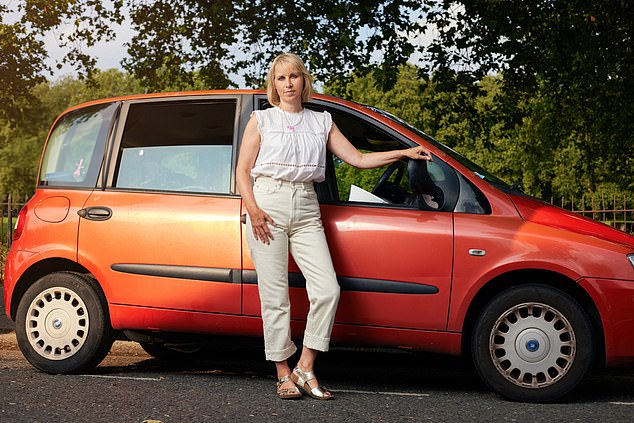 Last year, it was the turn of the clutch to give up a week before we were due to drive to France, necessitating an 11th-hour dash to a mechanic friend more used to patching up haulage trucks.

And then, of course, there was the ever-increasing problem of the bilious diesel our exhaust spewed into the atmosphere. Like so many others, we had been persuaded that diesel was more environmentally friendly, only to be proved horribly wrong, as a succession of choking cyclists, thumping angrily on our bonnet, can attest.

But the most damning indictment must surely be the change in our children’s perception of the car they were once so proud of.

All angles and attitude, the three (eco-conscious) scowling giants who inhabit my children’s bodies see the car as a source of embarrassment.

By the time you read this, we’ll probably be driving north again, to Leicester, to collect a Citroen Grand Picasso which fits the ultra-low emission requirements.

It’ll never take the place of the Multipla, but we’ll all do our best to love it.

‘You know Freddie could be driving this in a little over a year,’ my husband points out as we open the door for one last test-drive.

It seems there’s a way to go yet on this journey. I’m fastening my seatbelt!