A couple in hotel quarantine have complained about being denied time outside and reprimanded for breaking strict isolation rules.

YouTubers Zoe Blake and Bianca Alarcon flew into Australia last week and were put in quarantine at the five-star Hilton Hotel in Sydney’s CBD.

The couple, from Chicago in the United States, posted a video clip saying they were going ‘stir crazy’ due to being prevented from leaving their luxury room.

Ms Blake shared a video clip that said the YouTubers were ‘in need of good food and can’t wait to be outside again.’ 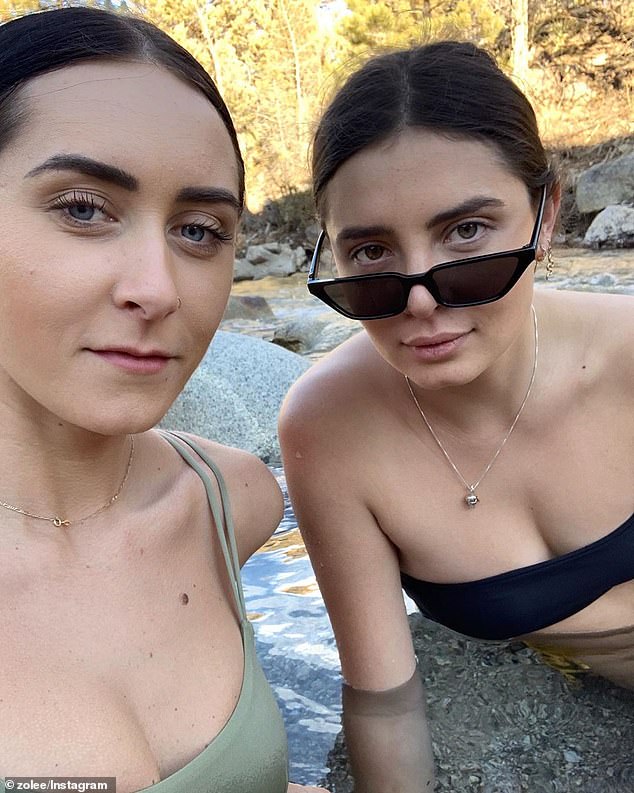 The couple (pictured) complained they were going ‘stir crazy’, had been denied time outside and had been yelled at when opening their hotel room door

‘After a long plane ride you want to go out and explore. Well, we couldn’t do that we barely got to stretch our legs, we came right in here,’ Ms Alarcon complained.

The footage showed Ms Blake call the hotel reception and seem shocked when she was told she couldn’t leave the room.

‘I was just wondering if I could speak to one of the police or army who are handling us being allowed to go for walks,’ she asked.

‘Unfortunately you’re not able to leave the room at all,’ the receptionist responded.

‘Oh we can’t go out and get fresh air?’ Ms Blake asked again.

The receptionist informed the YouTuber all quarantine guests ‘need to be in the room for the whole time’.

Ms Blake rolled her eyes and grimaced at the response.

She also shared a clip whinging that someone had yelled at her for opening the hotel room door.

‘I opened it before because I heard them put something down and I went out to grab lunch and I opened the door and the lady was like “Don’t open the door!”‘ 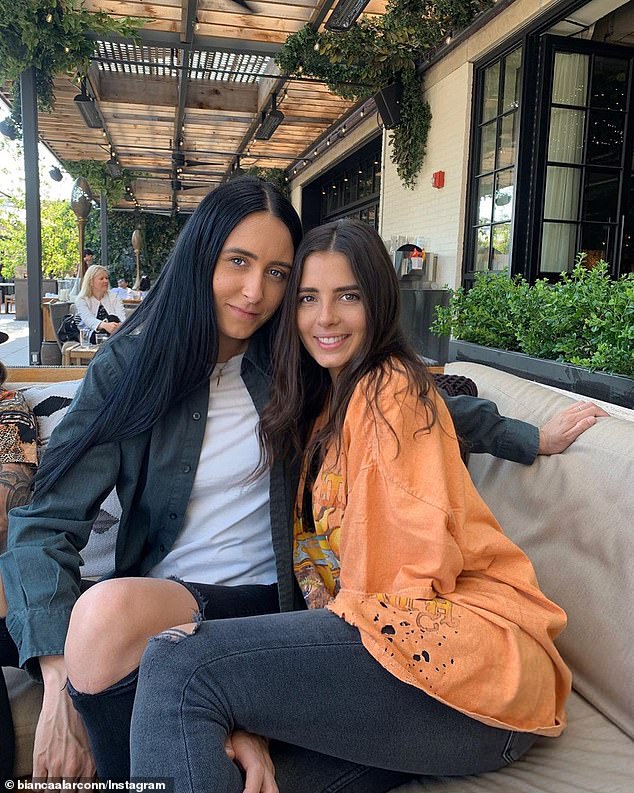 ‘And I quickly closed it… you’re acting like I’m some infected animal in quarantine or something,’ Ms Blake said.

The couple also referred to their meals as ‘c**p’, their room as a ‘teensy, tiny, little cage’ and complained of ‘awkward’ security guards.

Quarantine hotels have come under extreme scrutiny as it is believed the majority of Victoria’s second wave of coronavirus cases originated from a hotel breach.

The Doherty Institute’s Professor Ben Howden told an inquiry into the state’s hotel quarantine program on Monday ‘more than 99 per cent’ of Victoria’s second wave of infections could be linked people coming back to the state from overseas.

International travellers arriving in Australia are required to isolate in a designated quarantine facility for 14 days and have been forced to foot their own bill since July 18. 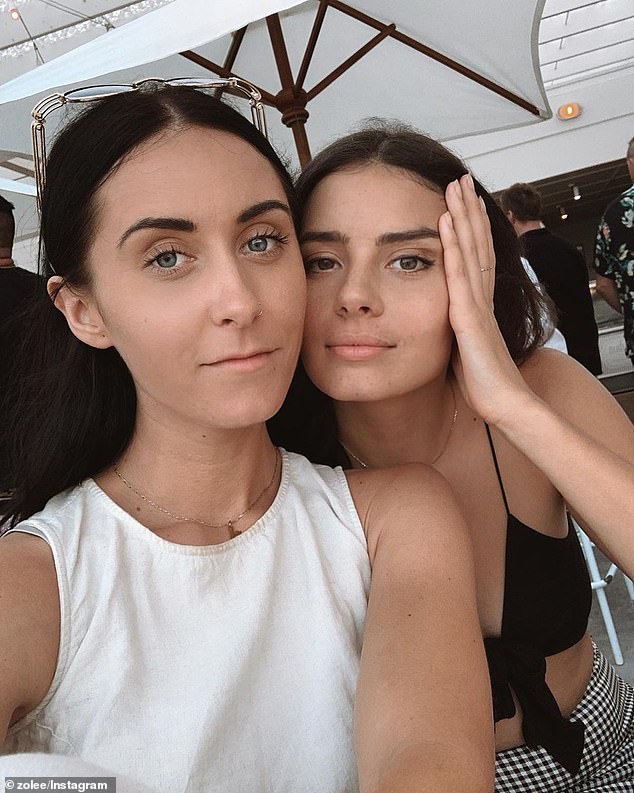 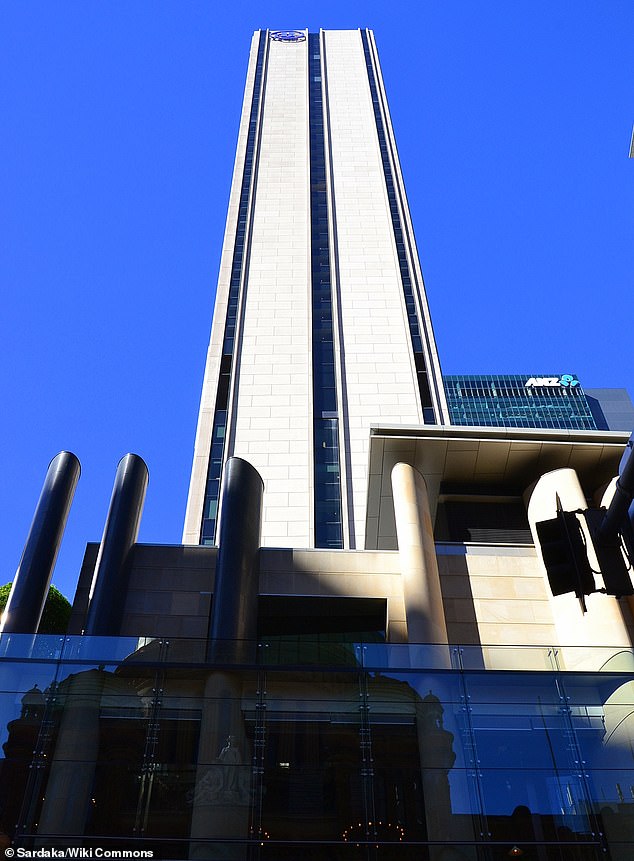 The mandatory quarantine was originally funded by taxpayer money but now costs $3,000 for the first adult with an added $1,000 for each additional adult. Additional children are charged $500 each while children under 3 have no additional cost.

‘The NSW Police Force continues to work with NSW Health to ensure hotel quarantine operations comply with the highest health and safety standards.

‘The professional management of this process has dramatically reduced the risk of COVID-19 spread into the community,’ the spokesperson said.

NSW residents returning from Victoria are also required to quarantine and will have to foot their own bills from September 11 onwards.

Victoria recorded another 222 coronavirus cases and 17 deaths on Tuesday.

Thirteen of the 17 new fatalities are linked to aged care facilities, and eight of those people were in their 90s, Premier Daniel Andrews confirmed

Mr Andrews also confirmed on Tuesday there are 665 Victorians in hospital, 45 of those are in intensive care and 32 require a ventilator.

One case remains under investigation and the other is a close contact linked to a funeral cluster.

NSW Health is currently treating 122 people for coronavirus and seven people are in intensive care.

Daily Mail Australia has contacted the Hilton for comment.

* March 27 – National cabinet decides returned travellers will be subject to mandatory 14-day quarantine ‘at designated facilities, for example, in a hotel’.

* May 27 – Outbreak at Rydges on Swanston first identified.

* May 31 – Victoria’s state of emergency extended for three weeks ahead of stage-three restrictions easing the next day. Four new COVID-19 cases, 74 active cases.

* June 26 – Concerns grow about the program after it’s revealed 30 per cent of travellers are refusing tests. Confirmed COVID-19 cases continue to rise.

* June 29 – Hot spot suburbs in Melbourne’s north and north-west return to lockdown and all international flights into the city are put on hold for two weeks.

* July 6 – The Victoria-NSW border shuts for the first time in a century.