The extremely dangerous new Delta variant of Covid-19 has been labelled a complete game changer in Australia’s fight against the virus – with medical experts stressing it makes mass vaccinations more vital than ever.

The Delta strain is far more infectious than the original virus that swept across the world last year and can be passed between people via nothing more than fleeting contact.

Delta has been spread in Melbourne and Sydney via momentary contact in recent weeks, and the strain has been labelled ‘Covid on steroids’ by a former senior White House official.

A number of experts have identified the Delta variant as the most dominant strain globally after it made infections in the UK spike 50 per cent in just one week.

‘If this variant was around last year, there is no way NSW would have controlled its outbreaks through just contact tracing.’ 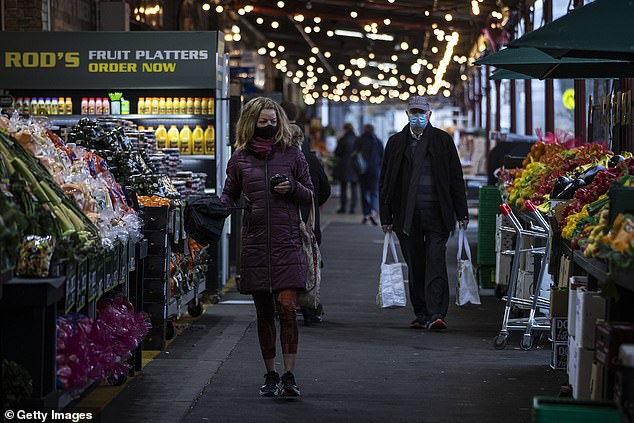 A health expert warns the Delta strain is so infectious the highly rated NSW contact tracing system would not have kept up with its spread if it had reached the state last year (pictured, shoppers wearing masks)

Originating from India, the Delta variant accounts for 96 per cent of current cases in Britain and about 10 per cent of cases in the US.

With more Delta cases potentially emerging in Australia, Professor Blakely feels mass vaccinations are more important than ever so the virus doesn’t spread at an alarming rate.

He said since Delta is twice as infectious as previous strains, Australia needs half its population vaccinated if the country wants to control its spread like the spread of Covid-19 was controlled in 2020.

To make matters worse, the Delta strain is such a threat both the AstraZeneca and Pfizer vaccines only work well against it if two doses are taken.

A report by Public Health England found that while the two vaccines give around 50 per cent protection against non-Delta variants after just one dose – but Pfizer only offers 36 per cent against Delta after a single dose, while AstraZeneca comes in at just 30 per cent.

In the US, the menacing variant has medical experts equally concerned.

Andy Slavitt, who was the White House Senior Adviser for Covid-19 Response, said the mutant strain is more infectious and is more likely to cause severe disease than other variants.

‘It is like Covid on steroids,’ he said this week.

‘You could be around people for less time and still get exposed. So it is yet another reason why people should get vaccinated.’

Also known as B.1.617.2, the Delta strain has also caused havoc in the UK, with hospital numbers rising by 15 per cent in one week once it took hold.

On Friday NSW Premier Gladys Berejiklian announced face masks would be mandatory on public transport for the next five days after the state recorded one more new case of a person infected with the Delta strain.

‘We want everybody to wear them to make sure that if the virus is circulating, it doesn’t spread,’ she said. 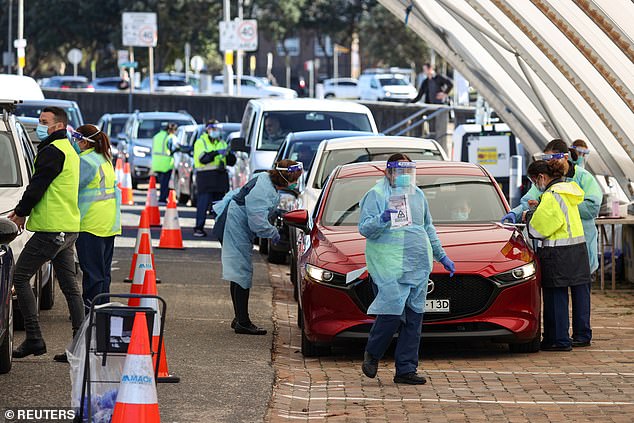 The premier added the one additional local case was a man in his 50s who visited Myer at Bondi Junction’s Westfield shopping centre in the city’s eastern suburbs at the same time as an infected airport worker.

It is also a definitive example of the potency of the Delta strain, with the contact between the two men understood to be brief.

‘Our understanding is the initial case was highly infectious, as transmission must have occurred through fleeting exposure,’ Chief Health Officer Dr Kerry Chant said.