KATHRYN BATTE: The World Cup experience in Qatar is not what England fans are used to, with office-like squeaky-clean stadiums and a Hilton Hotel meeting point not exactly typical… while the atmosphere during England vs USA was hardly electric

Friday night under the lights, but a long way from home.

From the pre-match build-up to the atmosphere inside the ground, the World Cup experience in Qatar is a little different to what many England fans are used to, myself included.

There was surprisingly quite a lot of tickets still available for the Three Lions’ game with the United States. The FIFA re-sale website releases a new batch at 2am every morning in Qatar and there was no difficulty picking one up in the early hours of Friday. 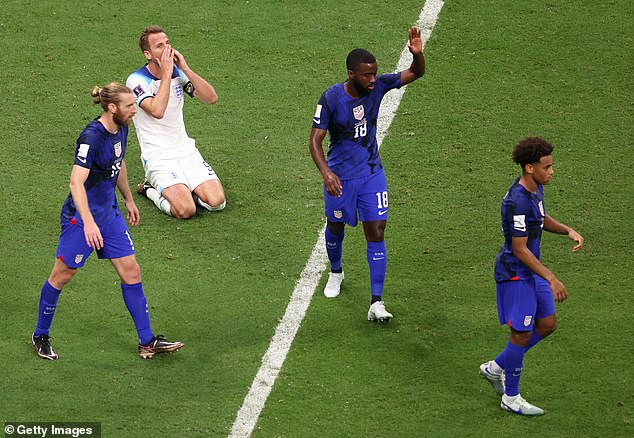 It’s fair to say a pre-match trip to a Hilton Hotel would not be on the agenda for most football fans back home but their sports bar in West Bay was packed with England shirts from 3pm onwards, though the atmosphere was fairly relaxed other than one table of singing supporters.

The trip to the Al Bayt stadium was long and arduous in the heat but easy to navigate on public transport, though the airport style security, which was just to get to the perimeter of the stadium, felt a bit over the top.

The outside fan area had a decent number of activities but it wasn’t exactly ‘bouncing’ as kick-off approached. There were only a handful of people still milling around outside as Ant and Dec’s ‘We’re on the Ball’ blasted from the speakers, followed by Vindaloo.

As an unrecognisable German tune ended the entertainment, it was time to head inside.

The Al Bayt is very much like the modern English stadiums. There were no tight turnstiles to navigate and the concourse was actually nice. It was so clean it felt more like an office or a hotel than a football ground.

The problem with buying a ticket at the last minute is that you can never be sure where you’ll be put and as I got to my seat I found I was a lone Brit among a sea of Americans. 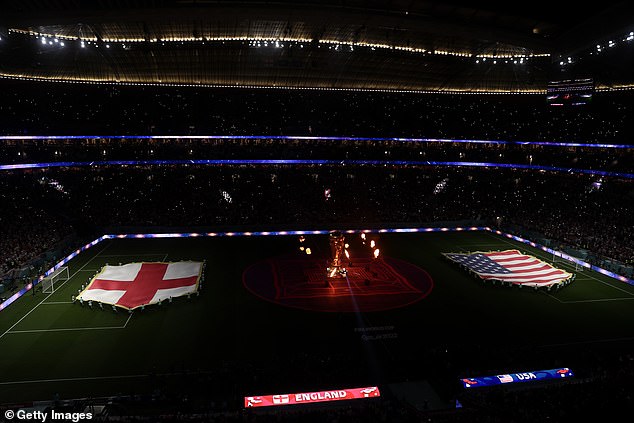 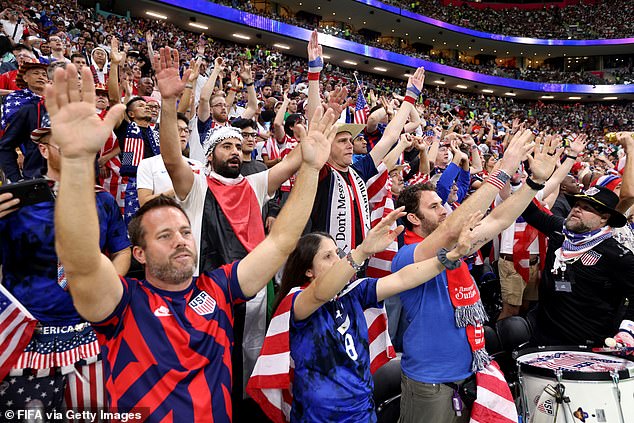 The American fans in attendance largely chanted ‘USA, USA, USA’ throughout the match 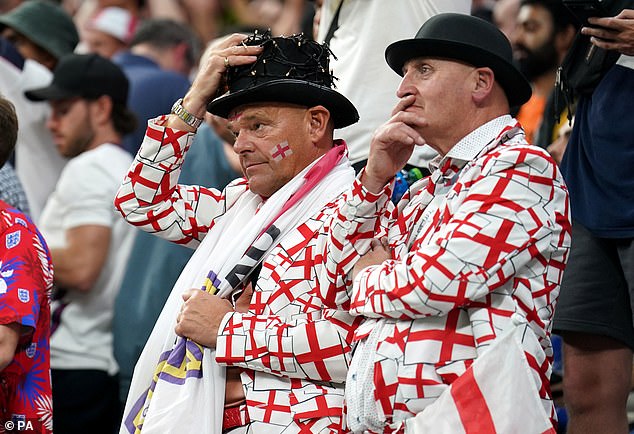 Far from intimidating, but a little irritating nonetheless. Because Americans experience football games slightly differently to English fans. Their chanting consists mainly of the classic ‘USA, USA, USA’, over and over again.

Then came their song that is often the subject of ridicule – ‘I believe that we will win’. The England fans replied with ‘what the f****ing hell was that?’

While the Americans lapped up a rendition of Sweet Caroline at half-time, the England end was silent – because it’s not really the same when you’re drawing 0-0 in the second group game.

The atmosphere was far from electric but that perhaps had more to do with the match than anything else. We needed a goal and we didn’t get one. 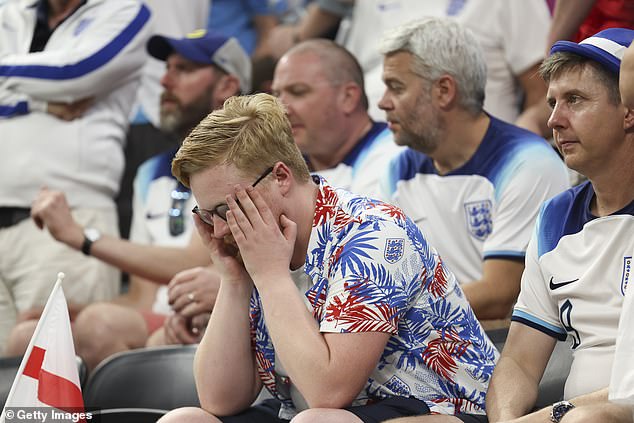