Why women feel sexier if they wear socks in bed

Ever felt inexplicably attracted to a man with a large nose? Or been driven to distraction by the smell of a special someone? Or even wondered why your husband bears a passing resemblance to your brother?

At last, scientists are getting to grips with a conundrum: the factors that govern women’s feelings of sexual attraction.

It’s a complex problem — this month, a study found that during sexual arousal, women experience far more brain activity than men. So, whether you want to meet Mr Right, stay away from Mr Wrong, or spice things up with your partner, read our guide to the science of attraction …

NOSE FOR A CHEAT

According to researchers in the journal Evolution And Human Behaviour, women can instinctively spot the difference between a good guy and a lothario, even if they still don’t make a ‘sensible’ choice.

It’s all down to the size of his nose. Large noses on men suggest higher testosterone levels, which in turn act as an indicator of how likely a man is to be looking for short-term sexual gratification versus a long-term partnership.

Last year, psychologists from Vienna University found that women were far more likely to find a man attractive while they were listening to music.

It’s thanks to a process called ‘arousal transfer’, in which your brain experiences a pleasure response to the music, but gets its wires crossed and associates the pleasure with the chap, instead. Men’s brains just don’t experience the same confusion, says the study.

At last an explanation for why people go to nightclubs.

Don’t be surprised if the man you are flirting with bears a passing resemblance to your brother. A recent study at Stirling University in Scotland reports that ‘heterosexual women select partners who resemble their brothers’.

Why? Well, other studies have indicated that couples who are neither too closely related, nor too genetically dissimilar, have the best chance of raising families successfully. This is called ‘optimal outbreeding’.

SEX WITH SOCKS ON

It’s supposed to be the mother of all turn-offs, but a recent study found that in fact, wearing socks to bed can make a woman significantly more likely to have a good time.

Dutch researchers found that just 50 per cent of women were able to reach orgasm during sex while barefoot. But when women wore socks to make love, that proportion shot up to 80 per cent.

Why? Study leader Gert Holstege explains that socks make us feel safe. ‘A pleasant environment, which includes the room temperature, is an important part of making her feel safe, secure and comfortable,’ he said.

what women want is a man whose skin has a golden glow, according to David Perrett, the head of the Perception Lab at St Andrews University.

His studies reveal that women find this phenomenon attractive because it indicates a diet high in carotenoids — healthy substances found in fresh vegetables and fruit, especially swede and carrots. 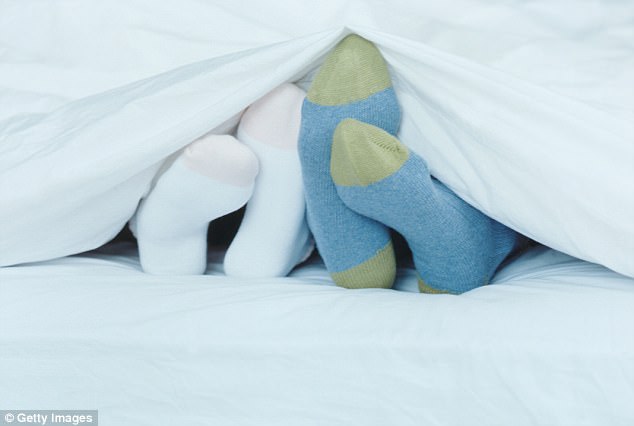 A warm smile is sure to capture a woman’s heart isn’t it? Apparently though, this is where men are going wrong.

But why? Rather depressingly, Professor Jessica Tracy, the University of British Columbia psychologist who led the study, believes women are attracted to men who are able to feel guilt because they believe they won’t lie again.

In a study by U.S. researchers, women wore face masks impregnated with ten different scents, including men’s colognes. The researchers then measured the women’s sexual response to each scent based on changes in their blood flow.

All the men’s colognes turned out to be a turn-off — while cucumber and sweets were the most popular aromas.

You won’t be surprised to hear that men with an athletic body score well in the dating stakes, due again to high levels of testosterone, which builds muscle and burns fat.

But men have a chance to con women into thinking they are a perfect specimen with the ‘upright T illusion’.

All chubby chaps need to do is wear a simple white T-shirt with large black lettering across the chest — or a big letter T — according to Nottingham Trent University researchers. They say it suggests a broadness of shoulder and gives the illusion of a slimmer waist.

The more self-obsessed a man is, the more attractive he is to women, even women who should know better, say biologists at Hartpury College in Gloucestershire.

To the female researchers’ dismay, they found that women who most wanted to get married were most attracted to narcissistic traits.

In simple terms, an egotist will break your heart.