Why writer KIT HESKETH-HARVEY is dreaming of Essaouira in Morocco

Labyrinths of alleyways, fountained courtyards and riding the thunderous shoreline on horseback: Why writer KIT HESKETH-HARVEY is dreaming of Essaouira in Morocco

By Kit Hesketh-harvey For The Daily Mail

Even her name (which contains every vowel) is a sigh of longing. Like the ocean breeze after the two-hour, almost entirely straight, journey west from broiling Marrakech.

Like your gasp at the first sight of the huge Atlantic as you descend towards her mile-long scimitar of ochre sand. Like the swish of the kites and windsurfers in her lagoon. Like the hiss of rubber on blistering asphalt as you race along the Corniche towards her white walls and towers and minarets shimmering in the haze ahead.

This mirage from the Arabian Nights looms large in my imagination — and even more so now. Her stinking souk, in which pyramids of cayenne and turmeric, vermilion and canary-yellow, are as alluring as a paintbox, adds another spice to the mix: the scent of danger.

This is Berber Morocco, Barbary Morocco, out of which slave-traders and pirates launched centuries of terror. The ubiquitous drumming of the rhythms of neighbouring Mali is as alarming as it is hypnotic.

The Portuguese named her Mogador. They built her bastions: ramparts which arise splendidly from the surging rocks below. They laid out gateways into the citadel, the boulevards and wide piazzas of the Medina. Here is a riot of coloured cloths and carpets and the clatter of cafes.

And yet off these are labyrinths of alleyways, mud-floored, where the dazzling sun cannot reach. Here, the gloom is punctuated by the flash of eyes and the voices of invisible supplicants.

The French came next. They organised the seashore, with deckchairs and parasols, into a more exotic Nice. Those of the hippy generation began to restore the old riads, including the Villa Maroc, setting the tropes for a decade of European interior design. 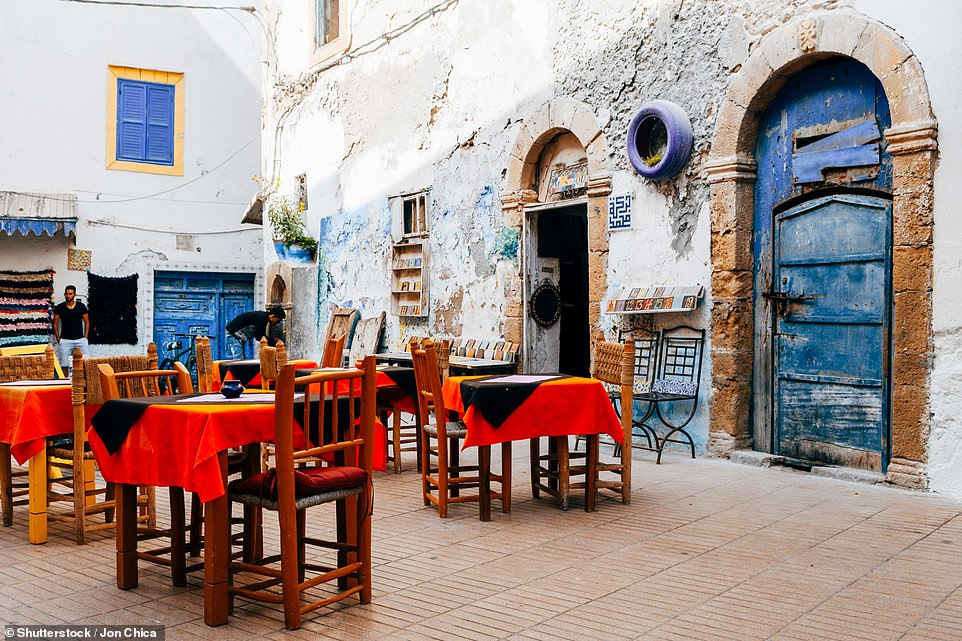 The Daily Mail’s Kit Hesketh-Harvey describes the Medina as a ‘riot of coloured cloths and carpets and the clatter of cafes’. Pictured is a cafe in the old Medina 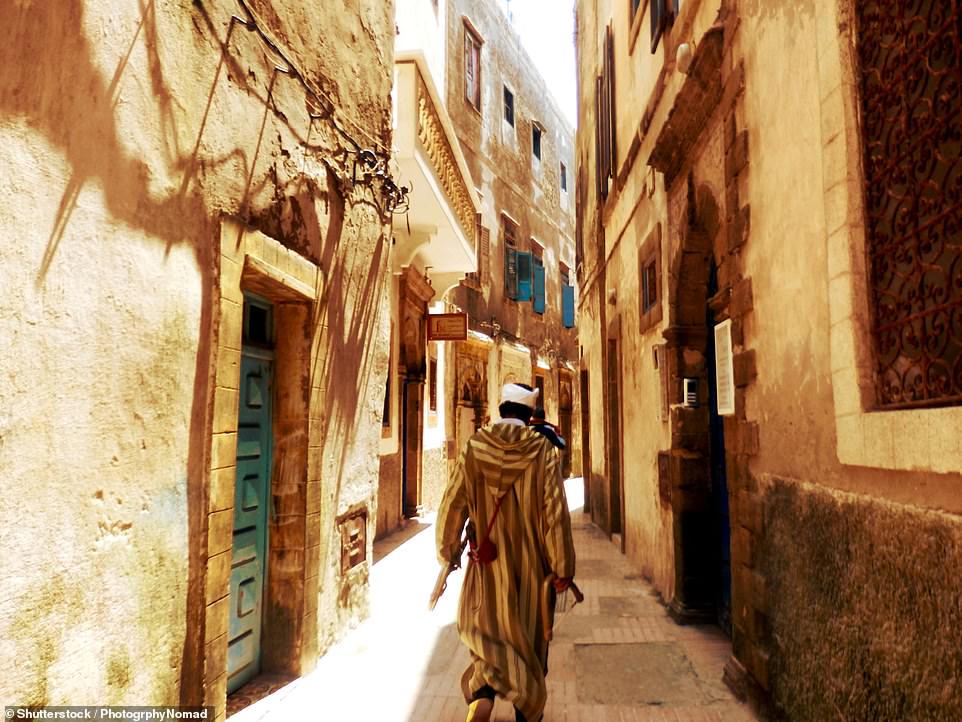 Their god Jimi Hendrix wrote The Castle in the Sand about the medieval fortress on the southern bay, half engulfed by the huge Saharan dunes. Heat and Africa were my boyhood. World music mesmerises me.

For decades, until the lockdown, I visited Essaouira twice-yearly, staying in a collapsing riad built around a fountained courtyard.

Together with my friend Nagip, a laughing Berber horseman, I would ride along the thunderous shoreline towards the Sahara, sleeping under the stars, eating raw sea-urchins. 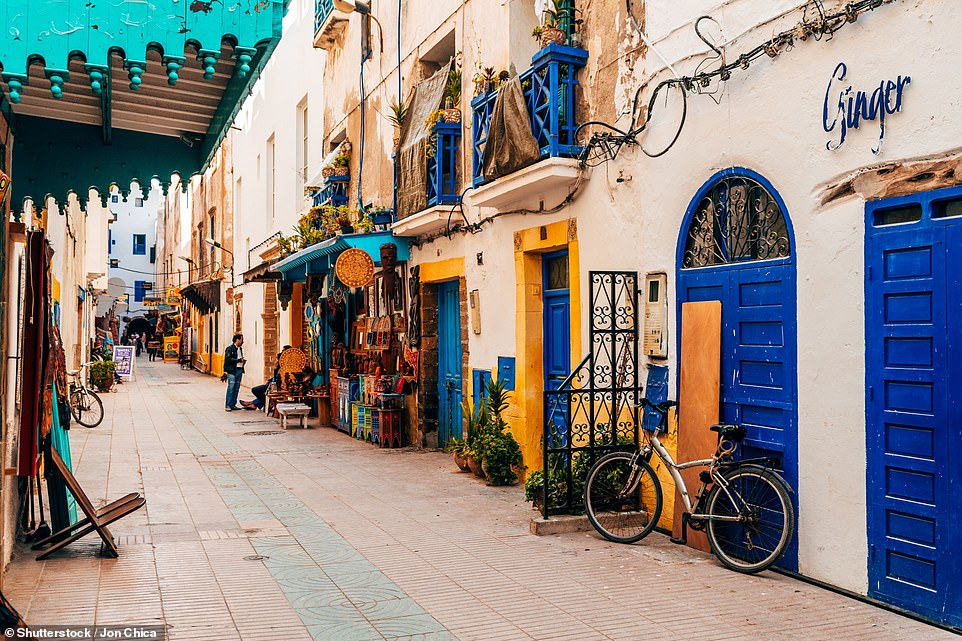 But the last time I was there something had changed. The port had been demolished and a long, long jetty added. I feared the cruise liners would soon be here. The beggars, the hustlers in the souks, had been tidied away. The awful food was better. (I preferred awful: even the chicken tagine I was served, the picked bones of which proved to be feline.) Alcohol was easier to obtain in the restaurants of this Muslim country.

So, yes, I dream of Essaouira: the un-homogenised, unpackaged Morocco.

When all this is over, I shall rush out again, merely to reassure myself that she is still there.