Why you ALWAYS have to wait for your doctor appointment

Patients often wait weeks or months for medical appointments, typically up to 10 weeks to see specialists.

When they finally arrive at physicians’ offices, patients often face further waits. They may spend substantial periods in the waiting room, despite having specific appointment times.

This in-office waiting occurs for many reasons. Perhaps those patients arrived early. Perhaps earlier patients put the physicians behind schedule, or urgent calls interrupted them.

But sometimes clinics purposely schedule appointments before physicians expect to be ready. They do this to ensure physicians don’t run out of work.

So your appointment time might be the moment your physician really expects to start seeing you. Or it might merely be when they want you to begin standing by in the waiting room.

Researchers in Canada have shown in a study that most clinics try to schedule appointments too early and too close together to be realistic, so there are no gaps in scheduling

Research at our university aims to improve appointment scheduling by better balancing these competing goals under various conditions.

One study examined the impact of emergencies interrupting the physicians. Another involved patients arriving earlier or later than planned.

Each study began by recording patient arrival, waiting and treatment times at several clinics. The two studies together collected that data for 664 patients. As well, clinic staff completed surveys about their experiences.

In those samples, about half of appointments started later than scheduled. One third began early, and the rest were on time.

Most late starts occurred because physicians were not yet available. Few were due to patients arriving late.

The next step was to load the data into computer software that simulates patient flow through a clinic. The simulation estimates waiting by patients and physicians. It can compare different schedules to see what works best.

Of course, scheduling would be easy if no one ever ran late: Simply spread out the appointments evenly across the day. If treatments always take 10 minutes, then schedule one patient every 10 minutes. Patients would show up on time and walk right in.

Late is bad, unpredictable is worse

Alas, reality rarely runs so smoothly. Some patients or physicians run late, and waiting occurs. But the simulation confirmed that the type of lateness matters.

It’s easy to compensate for consistent lateness. If patients habitually arrive late, the clinic should schedule the appointments slightly earlier in the day. If physicians always start late, set the appointments a bit later.

If half of patients arrive early and half are late, it’s harder to compensate. (‘No-show’ patients who don’t arrive at all had relatively little effect on scheduling in these particular clinics.) In these less predictable situations, evenly spaced appointments don’t work well. The physicians periodically run out of patients.

Instead, physicians do better by putting appointments earlier and closer together. Ideally, they’d have all patients arrive the instant the clinic opens, to ensure always having some ready.

But that ‘ideal’ would mean very long patient wait times. They’d arrive at 8am and possibly wait for hours. 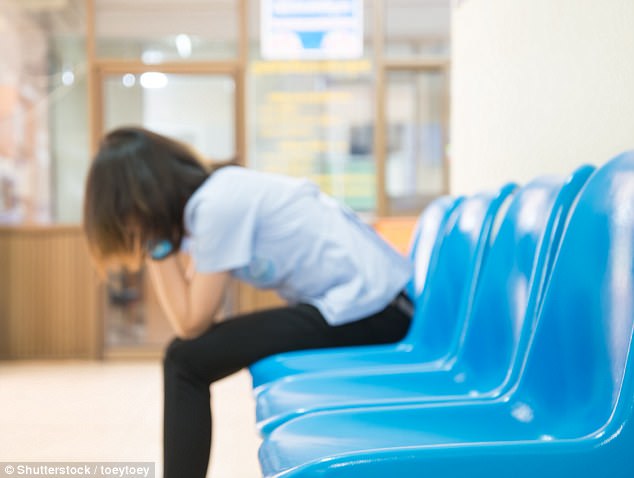 The research team warns the current scheduling method is inefficient, and leaves many waiting weeks to see specialists

Instead of such simplistic extremes, the research tested more creative scheduling approaches. It found two that handled variation well.

The first method puts appointments closer together near the start and end of the work session. This helps keep physicians busy. But it spreads appointments farther apart in between. That reduces patient waiting.

Suppose a physician works from 8am until the noon lunch break. Their appointments in early morning and just before noon might be eight or nine minutes apart. Mid-morning appointments instead could be every 11 or 12 minutes. The average would remain 10.

The simulation indicated the clustering method best balances physician productivity and patient waiting. But the other approach works almost as well. Some clinics might prefer its simpler pattern.

Patients often wait weeks for their appointments. They may find it frustrating to wait even a few minutes more at physicians’ offices.

But ironically, the latter wait can help reduce the former one. By keeping physicians busy, effective appointment scheduling helps them see more patients per day. That increased capacity reduces the number of days patients must wait for their appointments.

Improved scheduling systems are therefore one small way of increasing health- care system efficiency as the population ages and physicians face greater demands on their time.

That’s better for us than cutting the time physicians spend with each patient. And cheaper than paying to add more physicians or more hospital beds.

So, for the foreseeable future, we patients need patience.