The new girlfriend of slain cop Matthew Arnold was excitedly planning her next date with the country constable before his tragic murder at the hands of an evil doomsday prepper trio.

Devastated Arli Trevanion has shared the poignant last message sent by her young constable sweetheart just five days before he was shot dead – telling her she’s ‘absolutely amazing’ and eagerly planning their next date.

Constable Arnold, 26, was gunned down at point blank range alongside his colleague Rachel McCrow, 29, while attending a call-out for a missing person at a rural home in the Queensland town of Wieambilla on Monday.

Conspiracy theorists Nathaniel Train, 46, his brother Gareth, 47, and his wife Stacey, 45, ambushed the pair before shooting a neighbour dead, with two fellow officers narrowly escaping with their lives.

Now grieving the shocking loss of her young boyfriend, who she had been dating for three months, Ms Trevanion shared a heartbreaking series of messages alongside an emoji of a police officer and a white dove.

Arli Trevanion (above in Brisbane) had been dating Tara cop Matthew Arnold for about three months and the young couple had met up five days before his death and were just two days off being reunited again before Christmas. 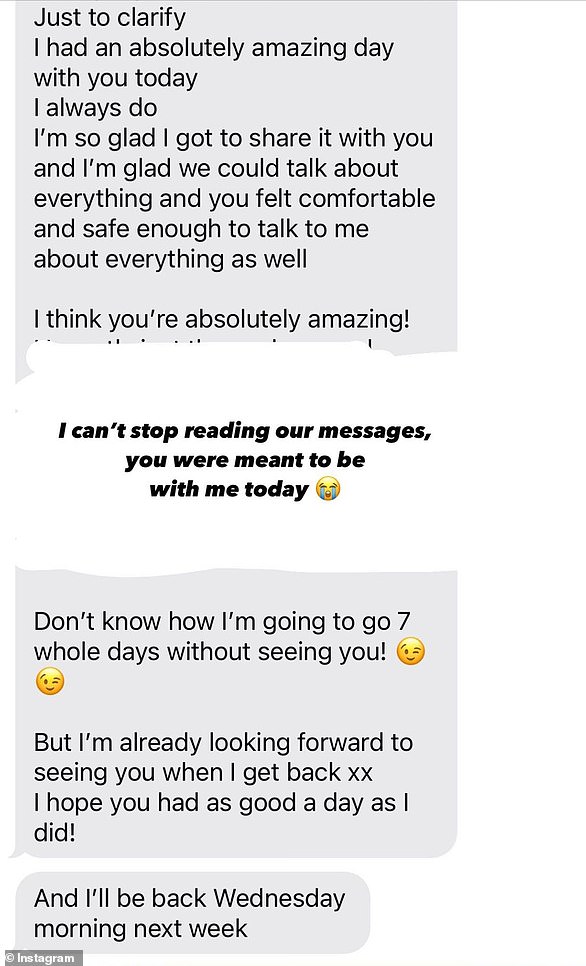 In a poignant last message between the sweethearts posted by the young constable just fuive days before he was shot dead point at blank range, Matt told Arlia Trevanion, ‘I think you’re absolutely amazing … I’ll be back Wednesday’

‘I had an absolutely amazing day with you today, I always do. I’m so glad I got to share it with you,’ Constable Arnold told her just days before he was murdered.

‘Don’t know how I’m going to go 7 whole days without seeing you! But I’m already looking forward to seeing you when I get back. I hope you had as good a day as I did!.’

Chillingly, Constable Arnold added: ‘And I’ll be back Wednesday morning next week.’

But his life would be cut short two days shy of his next day with Arliah – known as Arli – in Brisbane and reuniting with his family in the lead-up to Christmas. 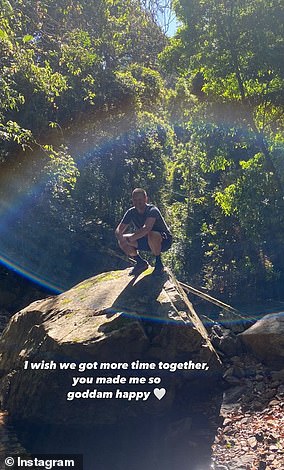 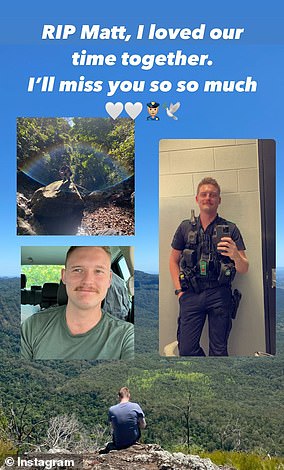 The devastated young girlfriend of Constable Arnold shares this tribute to him on social media, saying she ‘wish that had more time together’ and saying he made her ‘so happy’

She wrote alongside the Instagram post, saying ‘you were meant to be with me today’, and also shared a series of poignant tributes.

Posting a picture of Constable Arnold enjoying a sunny bushwalk, she wrote: ‘I wish we got more time together, you made me so goddamn happy.’

In another post, she wrote: ‘RIP Matt, I loved our time together. I’ll miss you so much.’

Ms Trevanion works at a Brisbane a cafe and is understood to have done some child safety car work in the Western Downs out of Toowoomba when she met Constable Arnold in about August.

During her romance with the 26-year-old police officer, Tara townsfolk said they believed the young couple had planned a bright future together even from early on. 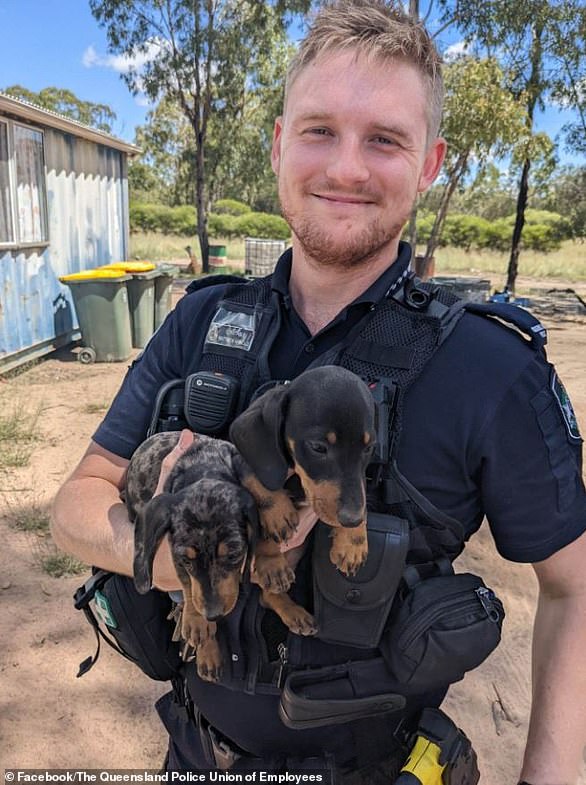 Ms Trevanion is said to be heartbroken as she grieves with family members in central Queensland.

She is the daughter of preachers Bonnie and Michael Trevanion, who lead the New Life Church in the Queensland rural town of Mundubbera.

Her mother declined to comment to Daily Mail Australia about her daughter’s loss, and a friend said ‘she’s not doing well at the present moment’.

A nature lover and hiker, Ms Trevanion is very close to her father Mike who she calls ‘my best friend’.

She had clicked with Constable Arnold, who had been working to tackle the town of Tara’s methamphetamine drug crime issues and make it ‘a better place’.

‘There’s a drug problem here in Tara and his mission was to clear the town of drugs,’ the woman said.