Wieambilla shooting: Police officers were lured to their deaths by crazed love triangle

The ‘evil, murderous trio’ responsible for the deaths of two police officers and an innocent neighbour had a ‘sophisticated surveillance network’ set up at their property in rural Queensland.

New information on the set up at the Train family’s Wieambilla property has come to light as police continue to investigate the ambush attack that killed their colleagues.

Union boss Ian Leavers revealed after an inspection of the scene it was clear a ‘plan was put in place’ to execute the horrendous attack before it happened. 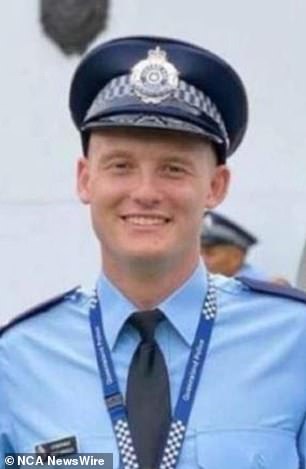 Constable Rachel McCrow (pictured) was brutally murdered during a ‘calculated’ attack on police, as well as her colleague Constable Matthew Arnold (pictured)

The four Queensland Police officers, all aged under 30, were called to Wains Road in Wieambilla, about four hours drive from Brisbane, to conduct a welfare check on Monday afternoon.

Constables Rachel McCrow, 29, Matthew Arnold, 26, were quickly executed upon arrival, while their colleagues Constables Keely Brough and Randall Kirk, both aged 28, were left fighting for their lives.

‘There was a sophisticated surveillance network which was put into place with plans and preparations by this ruthless murderous trio with a plan to murder police,’ Mr Leaver said.

‘This (plan) was put in place to lure police in … to maim or murder them.

‘There was certainly preparations and plans put in place that if police were to attend that address, that harm would come to them – which is exactly what has occurred.

‘I do believe when Rachel, Matt, Keely and Randall went in there, their lives were all going to be in danger and they never had a chance.

‘Fortunately, Randall and Keely have survived.’ 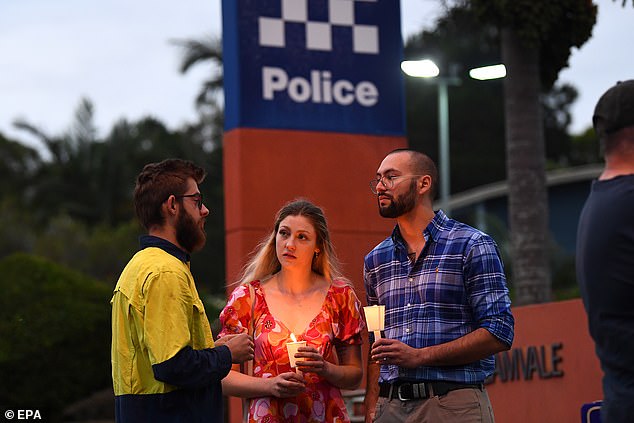 Mr Leavers said the entire tragic event was ‘confronting’ and he extended his condolences to the Dare family (pictured, locals paying their respects)

After announcing their presence by honking their horn, the four officers moved towards the house.

But when Constables McCrow and Arnold jumped over the locked fence they were showered with bullets fired by missing NSW principal Nathaniel Train, his brother Gareth and Gareth’s wife Stacey Train – a former teacher at Tara Shire State College.

Constable McCrow and Constable Arnold were instantly hit, and fell to the ground.

Their guns and radios were taken by the killers, who continued to shoot at the pair, ensuring they were killed. 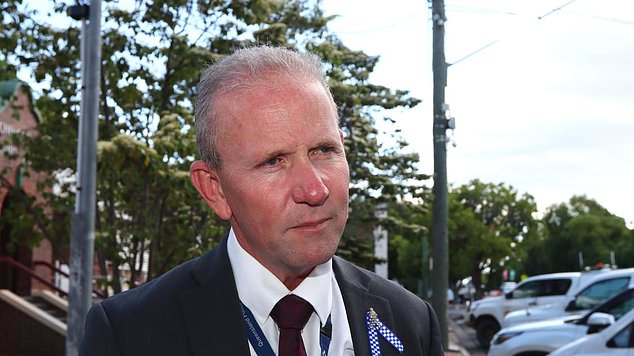 ‘There was a sophisticated surveillance network which was put into place with plans and preparations by this ruthless murderous trio with a plan to murder police,’ Mr Leaver (pictured) said

Mr Leavers said it was ‘gut wrenching’ to know the Train family had designed a ‘calculated plan’ to cause as much injury as possible to whichever officers walked onto their property.

Constable Kirk was also shot in the leg during the deadly ambush, thankfully managed to make it back to his police car as he hadn’t jumped the fence.

Despite more bullets being fired at the car, he was able to drive away and call for help.

Meanwhile, his colleague Constable Brough had managed to escape on foot into dense scrubland.

But she was soon hunted down the three offenders who chased after her.

In their bid to lure her back into the open, the shooters continued to fire bullets into the scrub and set fire to the bush in a bid to smoke her back out.

Sadly, Alan Dare, who lived nearby, had come to investigate after seeing smoke billowing from the property. 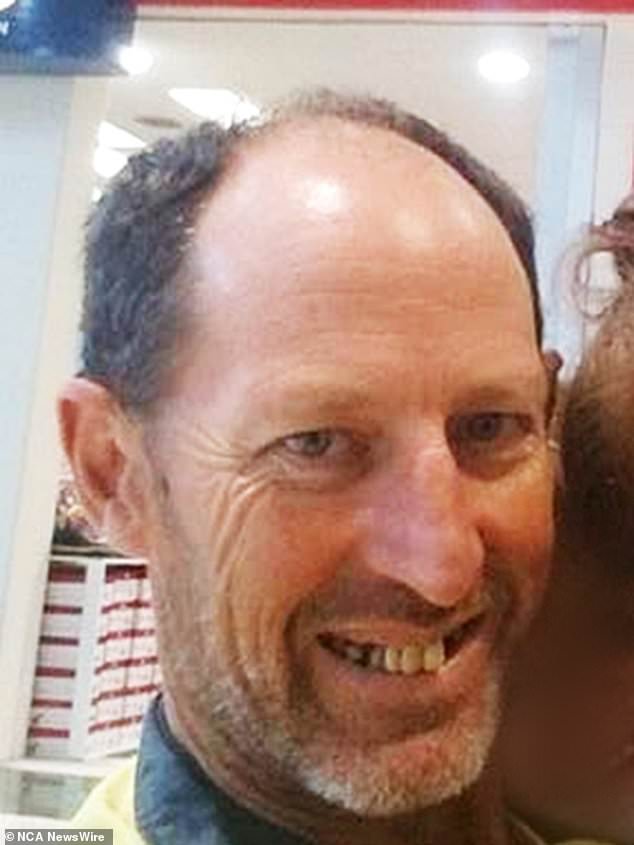 He was tragically shot in the back as he investigated what was happening.

Mr Leavers said the entire tragic event was ‘confronting’ and he extended his condolences to the Dare family.

‘It’s also hard for the police as well because we know an innocent man was murdered as well, sadly through the hatred for police,’ he said.

‘This innocent man was checking on a fire, which I know they do in that area because if a spot fire occurs in one area it could easily spread.

‘He was just a good neighbour going out to do the right thing and he was murdered in cold blood and that is really gut wrenching for us as well.’ 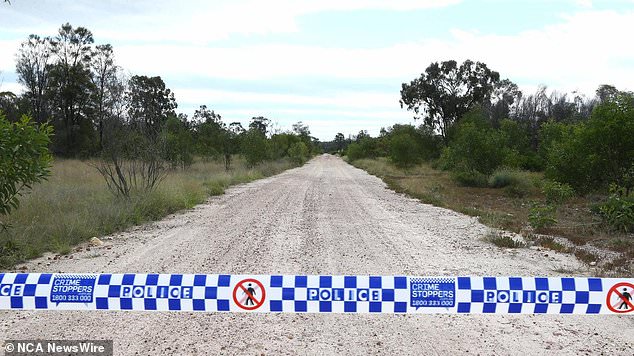 Mr Leavers explained it would take ‘some time’ before the final report is conducted for the Coroner (pictured, police tape at the scene)

Police are expected to remain at the property for days as the investigation continues.

‘For my colleagues there who are examining the scene, they know a thorough investigation is required for Alan, Matt and Rachel so all the information can come to light that will be beneficial for all,’ Mr Leavers said.

‘But it’s important that we do this thorough investigation also because the community wants answers as well, not only just here in the local area but also across Queensland and Australia because this is just such a barbaric disgraceful act that’s occurred.

‘It’s tough for (the investigating team) but they’re professional and they’re going to do the job because we owe it to the three, Alan, Rachel and Matt.’

Mr Leavers explained it would take ‘some time’ before the final report is conducted for the Coroner. 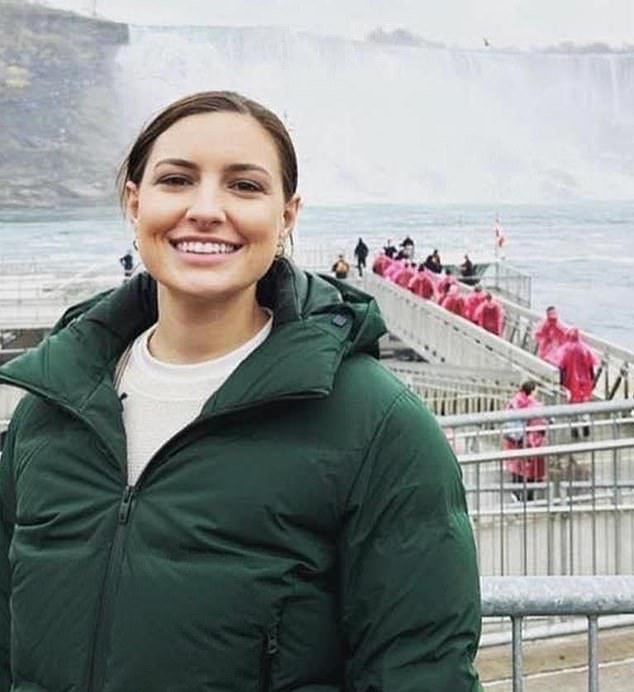 ‘I do believe when Rachel, Matt, Keely and Randall went in there, their lives were all going to be in danger and they never had a chance (pictured, Constable Rachel McCrow)

‘What will happen with the investigation being conducted by the Ethical Standards Command on behalf of the Coroner, you would hope in two to three weeks a lot of the ground work can be done,’ he said.

‘But obviously we’ve got our forensic police and our ballistic experts out there as well and they will have to formulate their report.

‘I would suggest it will be a lengthy and detailed report which will go to the Coroner.

‘That may take some time depending on the workload but it’s important it’s done as quickly as it can but it needs to be thorough so we can all be aware of the information that comes to hand.

‘We owe it to Allan, Matt and Rachel.’

The Queensland Police declined to comment on the ongoing investigation.